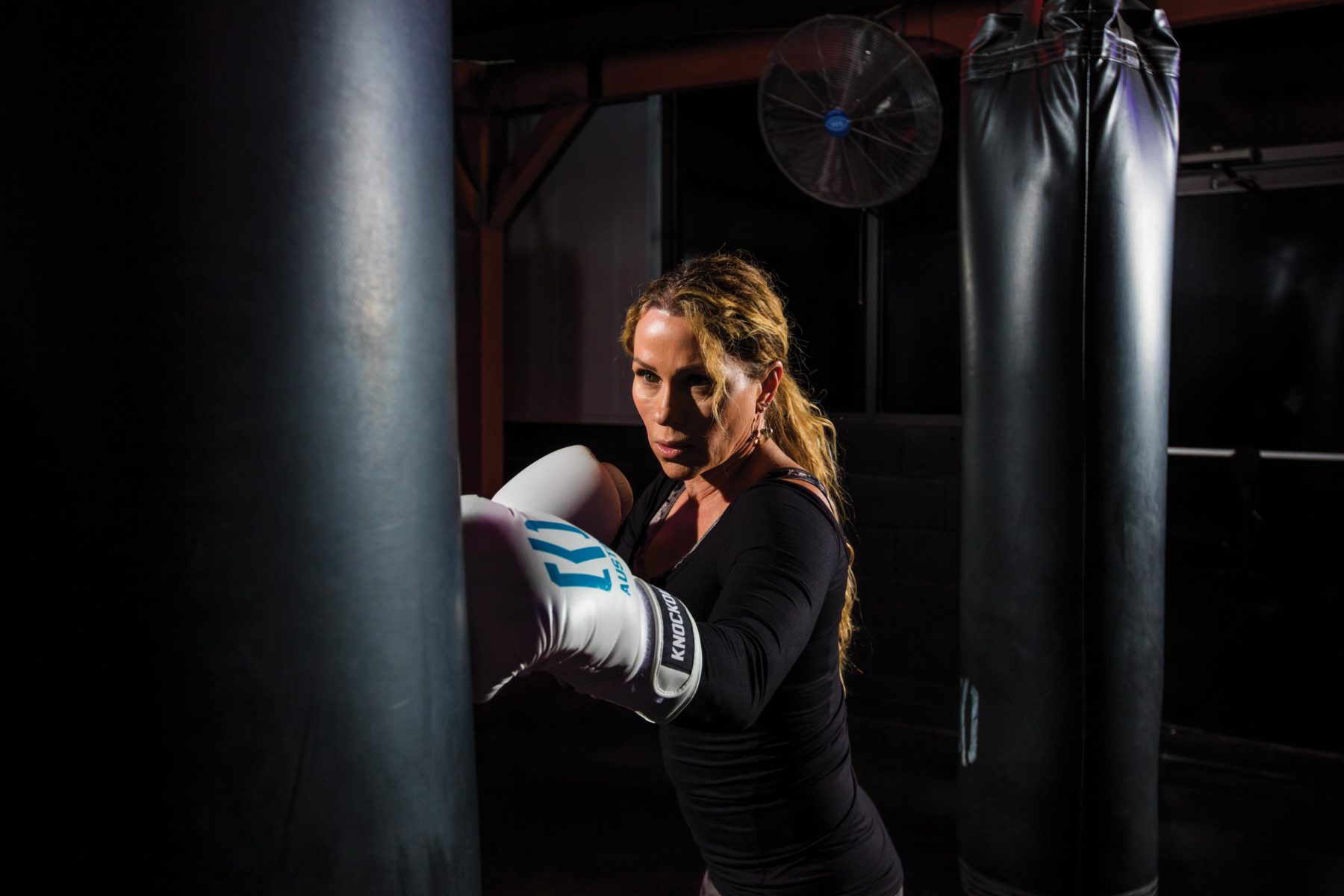 When AFM assigned Knockout Kickboxing for my February KMB feature, I immediately contacted a good friend and kickboxing coach, Jason Echols of Echols Fitness here in San Antonio, and asked if he would put me through a couple of sessions to get me ready for my upcoming KMB workout. It had been at least a year since I did any kickboxing, and by practicing prior, I was hoping to activate my mind to kickboxing’s unique muscle responses. After all, the trainers/coaches I work with for KMB are asked to literally “kick my butt,” and it’s my goal to be as ready as possible each time for the attack.

Finding Knockout’s location was super simple; my GPS took me directly to the location located off West Sixth. Thankfully, long gone are the old “Thomas Guide: Road Atlas” books, which I had back in the day when I first moved to Austin and had to learn my way around. 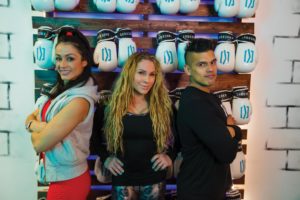 Melissa, the owner, was friendly and welcoming and introduced me to Coach Brandon who would be leading me through one of his sessions. We went straight away to the studio, which was dark but lit well enough for the workout — however, not for photography (good thing AFM photographer Brian Fitzsimmons brought his extra lights!). On the ceiling of the studio were multicolored lights, and the room was filled with a few rows of boxing bags, creating a new, fun fitness ambiance compared to traditional fluorescent lights.

Brandon dressed my hands with easy-to-slip-on, protective hand/wrist gear and explained how the warm-up would happen while he cranked up some energizing tunes from his laptop in the back of the studio.

Coach Brandon’s warm-up was right to the point with an engaging, full-body routine that would create warm joints and focus. After the warm-up, Brandon helped me complete my hand gear with Knockout’s provided, white boxing gloves and I felt READY!

Since I had not used a hanging, heavy bag before, I was looking forward to trying one. I’ve only had private kickboxing sessions (both in LA back in the early 2000s as well as a bit in San Antonio at Echol’s Fitness) where the instructors hold pads, so I was excited for a new challenge.

Brandon demonstrated the movements next to me that I would need to follow and shared how the kickboxing workout would proceed. I am a very visual learner, so it was greatly helpful to watch him go through the movements first and, since there are plenty of heavy bags, I could imitate him on mine.

As the session went along and Brandon could see I was able to keep up, he added more movements and extended patterns. I felt he was cautious, yet ready, to push where he could based off my reactions. I believe I only asked for a short breather two times — this workout definitely raised my heart rate.

As the workout came to an end, my shoulders were burning in all the right places, my legs felt worked and my brain was a bit weary from the jolt of work/memory it took to keep up with the movements. We closed the workout with a short but effective ab routine and one more giant round of a quick series between punches and kicks that felt like a full-body burn and memory game as he added more each round. We wrapped up on a great note and, as the next class was piling in, I could feel their excitement and enthusiasm.

After the session, I had the opportunity to visit with Melissa, Brandon and Gracie and enjoyed a little social, decompressed moment. I left feeling amazing and tired, yet energized and looking forward to another time to hopefully return and get my butt kicked again!

Funny how we athletes look forward to that — until next month!

Bonding on the Green

Good Vibrations: Why We Need Them