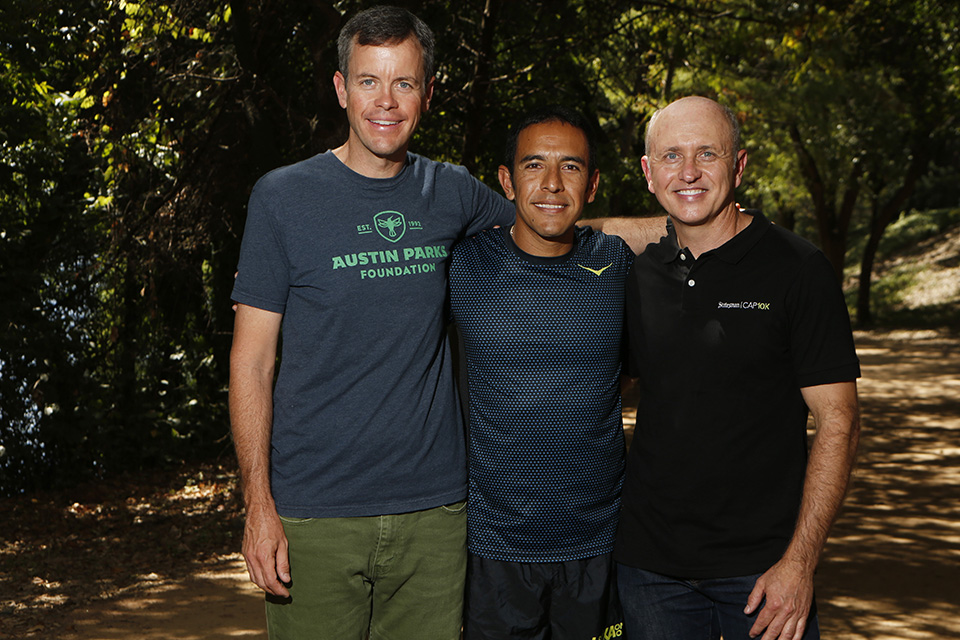 In 1978, a single step across the starting line began the journey Austinites will proudly celebrate on April 23. In that span of time, the Austin American-Statesman has planned and produced the beloved Cap10K–and 2017’s event will mark the 40th race. Elite runners, retired-runners, joggers, power-walkers, dog-walkers, and every skill level in between show up to participate in this “rite of spring” that has grown with our city.

As the temperatures begin to drop through the transition out of summer, more residents trickle onto the Lady Bird Lake running trail in preparation for race season. Whether the Cap10K is already on your race calendar, or if you’ve never done it before, the 40th celebration is not something to miss.

“It’s my job to make sure people move,” said race director Jeff Simecek. He’s made a few changes and additions to the race, but prioritized the “Austin-ness” of it. For example, as the Live Music Capital of the World, this race would be incomplete without live music performances along the course. And as a tech hub, it only makes sense to include a post-race dronie station, which takes a selfie video of you and your friends against a dramatic skyline backdrop. Plenty of food trucks will be at the Finish Line Festival–waiting to reward you for running 6.2 miles.

The course itself is a treat of its own, too. Starting at the Austin American-Statesman building, the route winds through Enfield, follows along the access road of MoPAC, runs along Lady Bird Lake, weaves into W. Cesar Chavez, and finishes at Vic Mathias Shores (formerly Auditorium Shores). This heritage event strengthens our community while also giving back to it; The Austin Parks Foundation has been selected as the 2017 beneficiary, as a contribution to maintain and develop the wide open spaces we love.

A Fitness Hack for Every Lifestyle