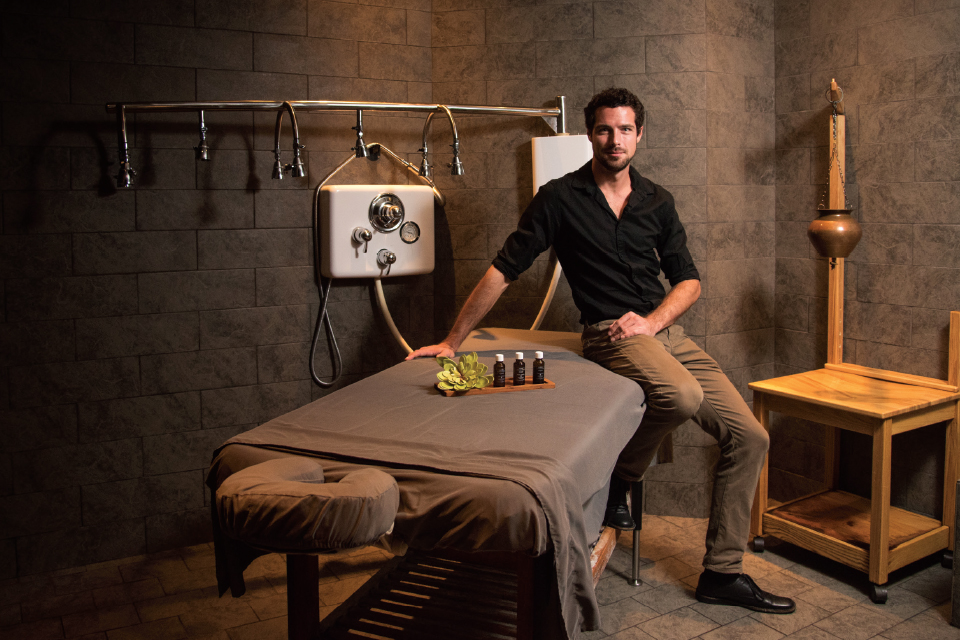 When it comes to stress, there are countless solutions to relieve the tension, such as meditation, a long run, or even a glass of pinot noir. Yet nothing combats the worries and knots in your shoulders quite like a deep tissue massage. Mason Hickman, the Lead Massage Therapist and Spa Experience Manager of Hiatus Spa and Retreat Austin, is a strong believer that even the lightest Swedish massage can turn around a difficult week. However, in a room where the scents are minty fresh, the sheets are soft and clean, and the therapist is welcoming, our insecurities tend to ruin any relief a massage could bring. Did I put on deodorant? Should I tell him that hurts? What’s the standard amount to tip? To stop yourself from being your own pain in the neck, here is the scoop from Mason on the “dos and don’ts” of massage etiquette. Your muscles can thank us later.

Massage therapist over everything

The word ‘masseuse’ is a little outdated, and in the industry we prefer therapist. ‘Masseuse’ is French and has a feminine ending, so the masculine would be ‘masseur,’ and both of those are a little outdated and can have sexual connotation. Therapist is gender neutral and socially accepted.

To shave or not to shave

It really doesn’t matter, and we stopped caring and overlooked whether you have hairy legs or not. It’s not something we pay attention to, so if you’re uncomfortable about it, you’re the only one in the room who feels that way. However, if you’re getting a body treatment where a scrub is involved, it’s actually best not to shave your legs because the salt can irritate them. During the intake, we ask if it has been 24 hours since you’ve shaven, and if not, we’ll switch to a sugar scrub. That’s the only time it matters.

If you feel like you need to shower, you probably should

If you showered that morning and you’re coming in for a massage that afternoon, you’re probably fine, but a lot of our guests like to shower when they get here. We have those facilities available, and it’s a relaxing way to start your treatment. Some spas include a sauna to start off the massage as well.

The dreaded “flip flop foot…” Most establishments are set up to take care of some not so favorable feet, and at our spa, we do a foot soak. We actually wash your feet with soap and water while we do your consult and intake, and it’s a nice way to take care of that at the front end. But overall, we have hot towels and ways to get around that, so feet are not an issue.

If you’re not feeling well, please, please reschedule. You’re coming into a shared space where illnesses can be contagious. Your therapist doesn’t deserve that! As for ailments such as being hungover, if you come in for a massage after a night of drinking, the therapist can actually bring out the alcohol in your system that hasn’t been processed and make you drunk again. Although it’s not recommended, sometimes a post-drunk massage can feel good if you’re suffering from a headache or pains (as long as you have a ride home). But if you’re puking or feeling really bad, it’s best to reschedule.

If they work it, then it’s worth it

Twenty percent of standard pricing is a good suggested tip. Even if there is a deal, keep in mind the original pricing and base your tip off of that. Therapists keep their own tips, so keep that in mind as they’re doing a good job to take care of you.

When to speak up

It’s very important to communicate any problems. As intuitive as massage therapists are, they’re still human, and they don’t know everything. Please communicate pressure, temperature, comfort, anything, because it’s very important that we know. Also, be honest on the intake form so we know the best way to treat you, as there are certain medications that cause blood to thin and could be dangerous for massages.

When to quiet down

Although most therapists are not opposed to chitchat, a massage session can be more soothing if you simmer down and let the silence take over. It’s a nice quiet time, but your hour can be what you make it. Even couples eventually run out of things to talk about in their massages, and realize being silent enforces a calmer atmosphere.

This is completely client preference. If you’re going to be most comfortable with your underwear on, please leave it, because you’re not going to have a good time without it. If you develop a relationship with your therapist and feel better about undressing completely, then do that. The client never has anything to worry about, and it goes back to being the only one who is affected by their choice. Therapists understand it’s a vulnerable position to be naked in a room with a stranger, so they want to protect your modesty as well as they can. We always know how to work around anything that makes our clients more comfortable.

Massages are meant to be relaxing, but sometimes people deal with stress in a hostile way. They can lash out toward the therapist, and that’s not setting anyone up for success. If you’re speaking in an aggressive manner or being overly demanding and think that’s acceptable, it’s not. Be respectful and remember that a spa is a place to relax, and therapists will return the favor. As for arousal, if it happens to you (and it rarely does), the therapists will ignore any signs, as long you don’t act upon it—which is never okay.