Ten years ago, after a rafting trip with her friends to the Comal River in Central Texas, Chelsey Price felt sick. A few days later, when she didn’t show up to work, someone went to her home to check on her — they found her unconscious.

“I spent about three months in the hospital,” Price says. “My heart had shut down, so my blood flow had stopped circulating. My hands and feet turned black.”

Circulation eventually returned to her hands, but this wasn’t the case for her lower body.

“They amputated below the feet,” Price says. Now, Price wears prosthetics for both of her feet. A bacterial infection she had caught from her rafting trip is what caused her heart to shut down, she says.

Laying down obediently next to Price’s feet is a 7-year-old yellow Labrador and golden retriever mix — her Canine Companion, Pablo. Accompanying his blue, sequin bow tie is a blue vest with yellow stitching that reads “Canine Companions for Independence.”

After doing some online research, Price says she found herself drawn to Canine Companions for Independence, a nonprofit organization that provides assistance dogs to children, adults and veterans. Price says CCI stuck out to her specifically because of their graduate follow-up program and the fact that they are completely free of charge.

After interviewing at CCI in California and being accepted on the waitlist, a south central  region of CCI opened in Irving, Texas, and Price became part of their first graduating class. The two-week training consisted of bonding activities and learning specific commands for “graduates” who were to receive a Canine Companion upon their graduation.

“Part of being a graduate is you learn how to incorporate the dog into your life,” Price says.

During the CCI training, graduates will learn certain commands such as how to get the dogs to tug, shove and pick up objects.

“They put me with Pablo,” Price says. “Now we go to work every day. He helps me with household chores, he helps me do laundry, he helps me bring in groceries — a bunch of stuff.”

Having a service dog that is able to complete simple tasks has enhanced her day-to-day life since she had received Pablo five years ago, Price says. 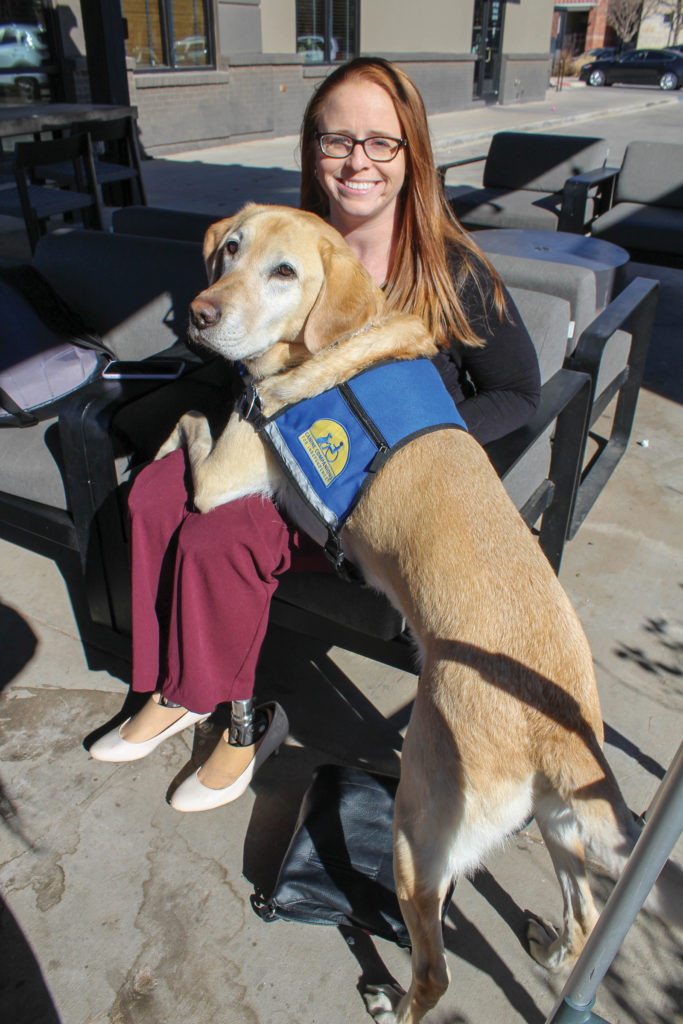 “I don’t wear my legs [at home]the whole time. So, when you get in bed, you have to remember to turn on your bedside lamp, or you have to navigate in the dark from the switch to your bed. But with Pablo, I can get in bed and then tell him to go turn off the light,” Price says.

Price says she originally wanted a dog that was more outgoing, so she wasn’t drawn to Pablo at first.

“After a team training, they say it takes about six months to really bond with your dog. But during team training, you do a lot of bonding and you don’t realize how much more your bond can grow after you leave,” Price says.

However, before the dogs are ready to go through training with their future companion, they are raised with puppy raisers, which can range from volunteers to students to people in prisons.

“Pablo was actually raised in a prison in Oregon. So, I’ve never met his puppy raisers, but the prison program manager — we still keep in contact, and Pablo still knows her,” Price says. “I’ve seen her twice since graduation, and both times Pablo goes ballistic — he loves her.”

“We have the dogs for around 18 months, and then we turn them in to the center,” Haynes says. “That’s where they’ll go through training, anywhere from six to nine months, depending on what their specialty is.”

After joining CCI in May of 2019, Haynes finally received Lionel in September of 2019. Before they turn in the dogs they are raising, Haynes says the puppy raisers must teach the dogs (beginning at around eight weeks old) around 30 basic commands and work on getting them used to different situations by bringing them to theaters, grocery stores, class, parks and other places that could be stimulating to train their puppy to adapt to certain environments.

“Your day does change,” Haynes says. “You have to be willing to wake up and take the dog out, and then, you know, you gotta make sure that you have time set aside to feed them and set the time aside to train them.”

“[It’s] Kind of like having a baby, especially in the beginning when they wake up, like, three times during the night,” Haynes laughs, “but once you get started [puppy raising], it’s really hard to stop.”

Haynes says a service dog may not be the right fit for everyone. Even though getting a service dog will change how someone lives their life, their life will be changed for the better, she says.

CCI does a significant amount of research on their graduates before they are given (or matched) with a service dog, says Julie Wilson, a puppy raiser and Price’s friend. 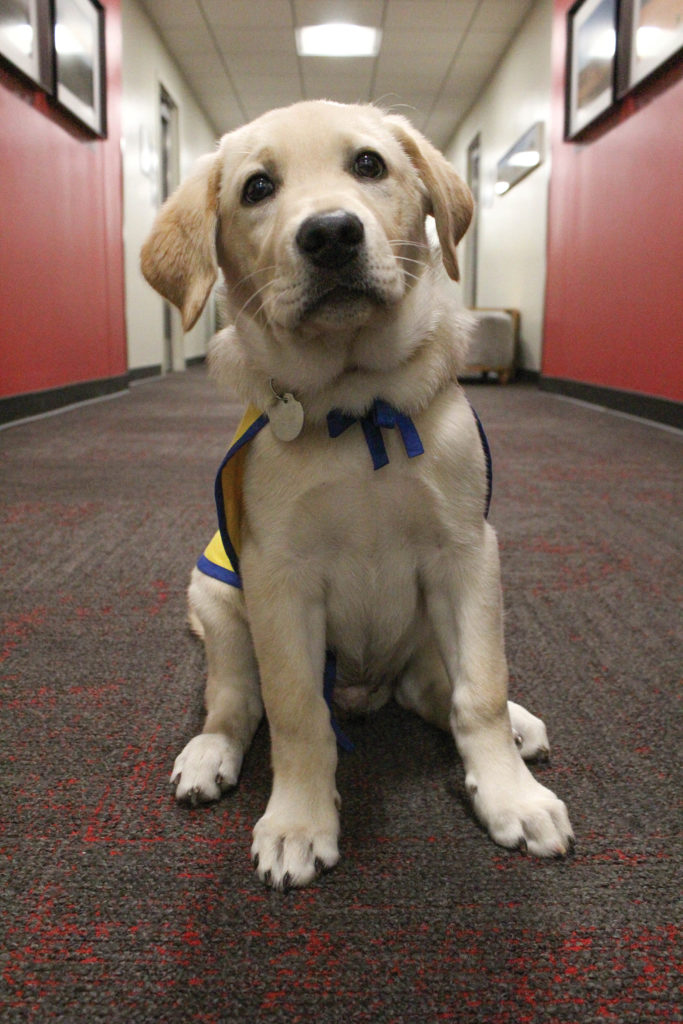 “One time I asked Chelsey, ‘Have you always been so spunky?’ — she’s got a really spunky personality — and she goes, ‘Yes, but I lost myself for a long time after my accident. It wasn’t until I got Pablo that I began to get out more.’”

Even though Pablo wasn’t Price’s initial choice, she says she now understands the reasoning behind CCI matching her with him, which she hadn’t realized before.

“The dogs give the graduates the confidence and the ability to get back — to get attitude back,” Price says.

Even after Pablo passes, Price says she will still continue to live her life with a Canine Companion through CCI.

“I can’t imagine life without one now,” Price says.