Cycling down a gravel path in the dark of night in McDade, Texas, the only thing illuminating the road ahead is a small helmet lamp. Up ahead, cyclists buzz with excitement and laughter as they recall their encounter, reminding them they are not out for a typical night ride in the city. As the silhouette of an animal begins to appear, a shriek cries into the air as another group of cyclists cruise by.

The source: a stagnant goat standing off the road cheering on riders with a boisterous scream of encouragement.

For some, gravel riding is a serious competition, but for most, it is an experience. Breaking the norms of most cycling events, gravel riding can be whatever the rider wants it to be. Typically held in remote, rural towns, cyclists travel miles away in order to ride on unpaved roads, reconnect with nature and find a safer place to cycle than the city.

While most cycling events are associated with a racing component, Brett Kinsey, owner of Capital City Racing Texas, says what makes gravel riding different is its underlying tone of enjoying the experience.

Kinsey described the diversity of gravel riding and its community in a unique way.

“I like to call us the #Texasgravelmullet,” Kinsey says. “All the people who are all about winning — they are the business out in front. Then, everybody that’s having a good time is having a party in the back. It is a really great community of people.”

Gravel riding has grown exponentially since the rise in interest in the mid 2000s. Viewed as a safer and more adventurous way to ride, it has sparked the attention of many who are tired of the zipping traffic and monotonous predictability of paved roads.

Mike Drost, co-race director of the Castell Grind, discovered gravel riding after purchasing bikes to go bikepacking. Looking for roads to ride, he came across Castell, Texas, a town with a population of less than 100 just northwest of Austin.

Drost says as he has seen gravel riding gain interest, he has heard it is a passing trend, but he believes it is more of an evolution of the biking industry.

“It’s really the safety of getting off busy roads but still seeking adventure,” says Drost. “It is that fun middle ground of road and mountain biking, and the risk/reward is a lot better.”

Amanda Mayes, member of the cycling group Mafia Racing South, is turning to gravel riding as a way to continue her passion for cycling after being hit by a truck riding down Burnet.

On September 7, 2018, she was cycling one of her common biking routes when a truck hit her. The truck was estimated to be going 40-50 mph, causing Mays to suffer from internal bleeding and 13 fractures.

She was cleared to begin riding at the end of the summer.

Mayes says the biggest thing she took away from her accident was that it doesn’t matter how much you try to prevent one, because it could happen to anyone at any time.

“It is a huge win for me to be able to cycle again,” Mayes says. “I don’t think I will ever road ride again, and that was 15 years of my life. It is a big victory though — the accident took a lot away from me, but it didn’t take cycling.”

Even though gravel roads are not busy, the calm serenity also comes with a challenge.

Stephanie Martinez, Bicycle Sport Shop volunteer, started gravel riding in 2017. She says, because the roads are remote, it has taught her to be self-supported.

“It is not like you can go stop somewhere to use a restroom or grab a snack. You have to be prepared,” Martinez says. “It definitely gives me more confidence every time I finish an event.”

Like Martinez, Colin Strickland, a professional, multidisciplinary cycler, says gravel racing has given him a lot of confidence as a professional cyclist.

Strickland began road race training on gravel roads because of the stressful nature of riding on roads next to cars traveling 60 mph.

Seeking to find something a little safer, he discovered some gravel roads southeast of Austin toward Lockhart that were less busy and a more peaceful option. He competed in some of his first local gravel events in 2017 including the Castell Grind and Texas Chainring Massacre.

“Being able to push yourself to a point you never thought possible shows your ability to stretch personal limits, and you have power over your mind and body,” Strickland says. “I also love the challenge of constantly changing surfaces that keeps you engaged and finding the best ways to go.”

As Strickland attended races, he says he witnessed how gravel cycling was more of a community than a hypercompetitiveness.

“I noticed there were all these cyclists who I’d never really seen before,” he says. “It is like a completely different group of people racing road bikes.” 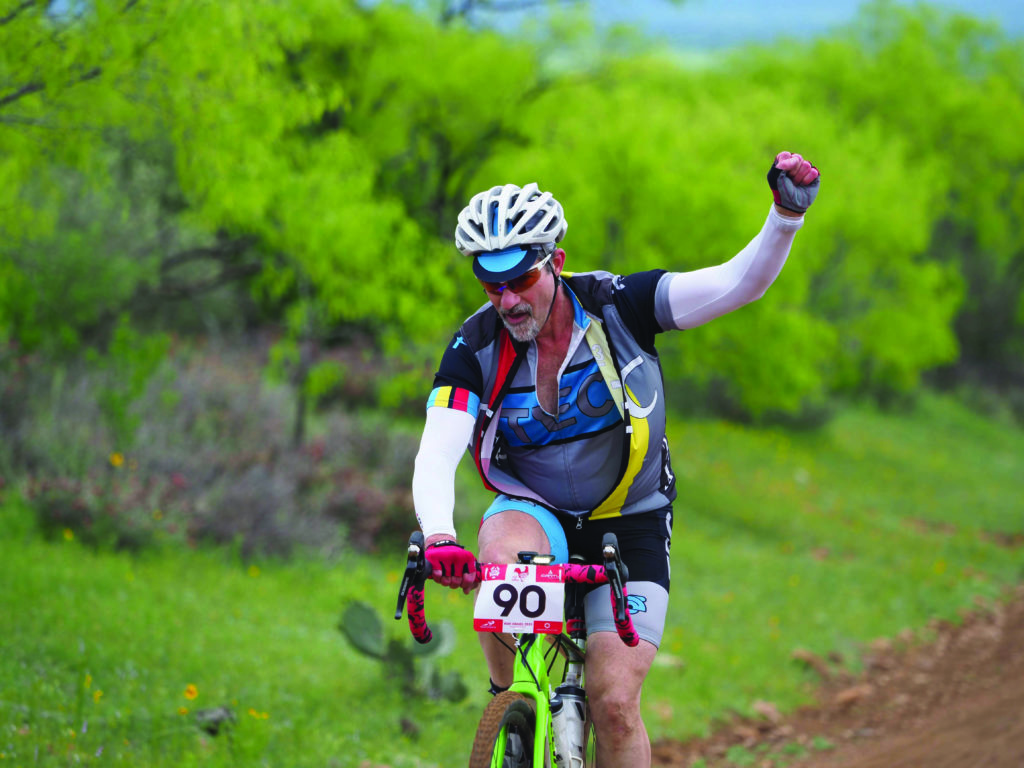 Drost and Kinsey say they enjoy that aspect of gravel riding and described the sport as a melting pot of cyclists, drawing in a myriad of different people of all levels and backgrounds.

“It’s interesting, because a lot of pro riders are coming to gravel now,” Drost says. “Gravel allows regular guys like Brett and me to line up next to guys like Colin Strickland. It is just everyone kind of rubbing shoulders — which you don’t have the opportunity to do in many other sports.”

Despite gravel’s growing popularity, Kinsey is worried about the integrity of the sport for the future.

“Anytime something becomes popular, folks who just want to make money off something are going to appear,” Kinsey says. “I want gravel riding to be something I would want to share with my friends. To me, it is way more about quality versus quantity.”

Top Essentials You Should Always Have in Your Gym Bag