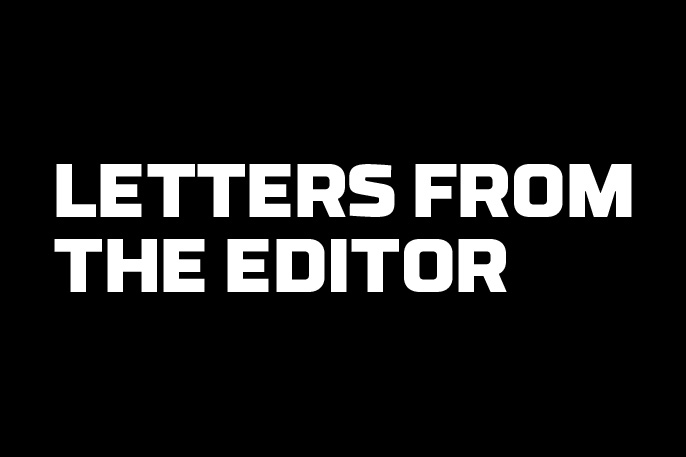 A generation, by definition, is a) a body of living beings constituting a single step in the line of descent from an ancestor; b) a group of individuals born and living contemporaneously. And, in terms of electronics for example, a generation is “a type or class of objects usually developed from an earlier type.” I know this because I have a “first-generation” Kindle which, next to my iPad2, looks almost as old as the typewriter I took to college in the early 1980s.

Putting this issue together, we glimpsed threads of different generations and the way fitness has been part of the life tapestry for some amazing individuals and families.

I was born a year too late to be a Baby Boomer. Yet the progression of fitness activities and awareness in the past few decades has made mainstream the diet and exercise enthusiasm that in 1978 was attributed only to an emerging and suspicious “class of workout fanatics,” according “An Intimidating New Class: The Physical Elite” in the May 29, 1978, issue of New York Magazine. The subtitle was “They Run. They Work Out. They Think They’re Better Than You.” In 1978 Mike Mentzer won the Mr. Universe title in Acapulco, Mexico, with the first and only perfect 300 score. Bodybuilders were their own tribe—experimenting with diet and workout intervals that seemed outlandish at the time. Today we find their methods either an earlier type (generation) of what we take for granted as sound practice or an extreme (wacky?) experiment as they tried to get the best results. Meanwhile, the New York Road Runners Club in 1978 had just tripled its membership over a two-year period to total 6,000. Today the NYRR Club serves 300,000 runners and boasts 60,000 members in 50 states. Meanwhile, over in Atlanta in 1976, Peachtree Road Race founding director Tim Singleton moved to Texas leaving Bill Nease in charge in Atlanta. Nease asked Olympian Jeff Galloway (who still owns the local Phidippides running store) to help. In 1977, according to Galloway, the Peachtree “had the best quality racing field of any road race in the world: Olympic Champion Frank Shorter, multi-winner of [the] Boston and NYC marathons Bill Rodgers, and four-time Olympic Gold Medalist Lasse Viren.”

That same decade, in my rural south Georgia hamlet, we could still see the pre-juicer-salesman Jack LaLanne on television, enthusiastically encouraging all of us to do floor exercises in our homes, even incorporating a kitchen chair on occasion. There was a small shop which had converted to a “ladies workout spa” where wooden arched boxes with rollers designed to roll away fat from the “problem areas” sat across from a row of electronic vibrating belt machines (the Walton Belt Vibrator); its vibrations allegedly jiggled the fat from the thighs, waist, and buttocks. In the ‘80s, Jane Fonda’s exercise videos—featuring leotards and leg warmers—helped us all “feel the burn.” These “aerobics” were of course another manifestation of Dr. Ken Cooper’s revolutionary work at the Cooper Clinic in Dallas.

In Hawaii in 1978, an argument arose among athletes about which of three disciplines required the greatest endurance. At that time, according to beginnertriathlete.com, Hawaii hosted the Waikiki Rough Water Swim (2.4 miles), the Oahu Bike Race (112 miles), and the Honolulu Marathon (26.2 miles). Originally events in themselves, they were rolled into one to become the ‘Hawaii Ironman Triathlon.’ A generation later, at the 2000 Olympic Games in Sydney, Triathlon made its Olympic debut—the Olympic distance of course. In Austin, you can’t sling a pair of goggles without hitting someone who has finished a triathlon of some distance and it’s likely you know more than one person who’s an Ironman finisher.

The current generation of fitness certainly has more science, but less spontaneity. Today fitness has to be intentional. There’s less meeting up serendipitously to play a set of tennis and more scheduling to join a boot camp or running group. We struggle to make all the workouts, to fit it all in. Some of the changes have to do with safety, some with the equally impressive evolution of exercise and nutrition science. With our many “conveniences” and electronically-engaging but sedentary pastimes, we have no choice but to be more vigilant of our intentions than ever. Thank goodness we are a generation of “workout fanatics.” Otherwise, our passively distracted existence is a slippery slope to a next generation of bulbous beings like those in Pixar’s “Wall-E” movie, wheeled through screen-lined lives on mobile recliners, trapped in bodies too heavy and weak to help ourselves should we slide out of our motorized carts.

I think I’ll go do some push-ups now.