More Than a Sport

Karrisa Limon was just getting used to the rhythm of her new normal amid the coronavirus pandemic. Online classes and at-home golf practice replaced what would have been her senior year at Westlake High School. However, about a month after Austin established the shelter-in-place order, she found herself in another sudden and unlikely situation.

In the middle of class online, Limon received an email explaining St. Edward’s University would cut their golf program, leaving Limon no longer eligible to play college golf next year — something she worked for all of her high school career.

“When I first got the news, I honestly didn’t think it hit me until I sat down on the phone with my coach. It was really shocking — I didn’t think it was real,” Limon said. “I realized I have been so comfortable for the past year.”

Limon is one of the many seniors whose high school and collegiate athletic futures have shifted and are now more uncertain than before. 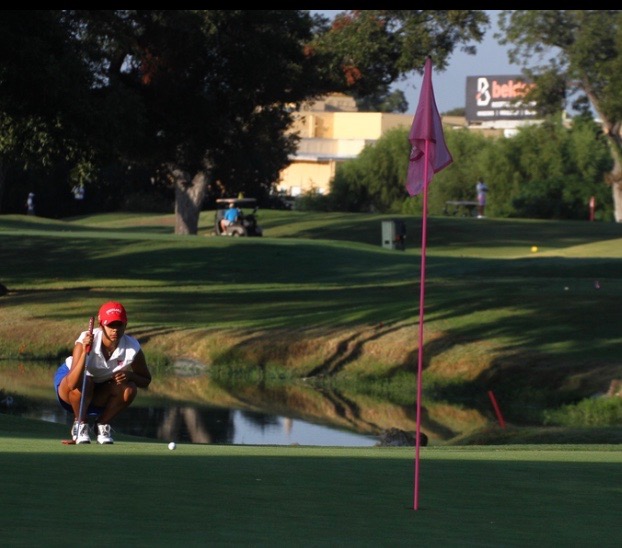 “When you commit to play a sport, it is a really comfortable and safe situation, because you are signing a contract, and if a contract is broken, it usually tends to be the player, not the school,” Limon said. “But for them to do this at such a crazy time puts everyone in a bad situation, because recruiting season is past, and being thrown back into the recruiting pool so late, the chances of finding a team to play for are very slim.”

Additionally, the NCAA and the NJCAA granted an extended eligibility for student-athletes to play a fifth year of spring sports. With this unexpected addition, many college teams’ rosters are now packed with more players than expected.

“My best opportunity to play college golf is to start emailing coaches of other schools I am interested in,” Limon said. “But since a lot of seniors decided to stay an extra year, teams are absolutely packed with no space for walk-ons or new teammates, and that’s the big struggle for me right now. I have many coaches saying I seem like an amazing player, but they have no room on the team right now.”

Furthermore, the University Interscholastic League (UIL) announced the cancelation of all 2019-2020 spring activities and state championships. Because of this, high school seniors around the state missed their last chance to compete in spring sports, earn scholarships or sign with a collegiate team.

Lance Moffett, athletic director and head football coach at Fredericksburg High School, said the regulation brings new questions to many seniors who are going to be freshmen in college next year.

“We had some kids in spring sports that hoped to maybe do well enough in their season to get some attention from schools to continue playing in college,” Moffett said. “There are kids who might have had an opportunity to go play in college and now won’t, because they did not have the chance to prove themselves. Then, there are always kids who have a banner year their senior year, and some of the individual sports may determine how much money they get determining how well they do at state, but all of that is canceled now.”

Colin Jackson, a senior baseball player at Georgetown High School, was hoping to come out of his last high school year with a gold medal at state after the team placed second in the 5A state championship last year.

“Since I have already signed to play [at the University of the Incarnate Word], coronavirus has not affected any of my commitments,” Jackson said. “But it is still pretty depressing knowing we may have played our last game together. We have been playing ball for years, and to think it is all over like that kind of sucks.”

Jackson said despite the cancelation of the UIL season, the team is hoping to still be able to play at least one more game together as closure for their careers as Georgetown Eagles.

“I would absolutely love to see our guys have the opportunity to play and put on the eagle uniform again in front of our fans and students in our stadium,” Vierra said. “That would mean the world, not only to the players, but to their parents and friends and the school itself.”

The last game the team played was only a couple days before the district shut down and activities were suspended. Despite the shutdown, Vierra continued to encourage his team with workouts, having the intention of jumping back into the season as soon as restrictions were lifted.

“My heart breaks and I get nauseous every time I think about our seniors not getting the final year as Georgetown Eagles,” Vierra said. “I know what it is like to have your career ended, and that’s a tough pill to swallow, especially in such an unforeseen manner.”

As difficult as this time is, Vierra hopes his team will learn something important through their experience.

“I hope they recognize what we say is true: You never know when your last game will be, so there should never be a day when you are not giving 100 percent and leaving everything on the field,” Vierra said. “And with the relationship side, I hope they can learn to take advantage of every opportunity they have as teammates, to make memories and love on each other. Just the thought of not taking anything for granted is something I want to cross their minds during this time.”

Moffett said this season is a good opportunity to reflect on life and find a better appreciation for  the togetherness aspect of being able to play sports rather than winning.

“This is a real world, real-life situation, and first and foremost I want the athletes to take out of this how to overcome adversity,” Moffett said. “I think it is a great real-world lesson that you can’t count on anything. All of it can be taken away at any moment for any reason.”

In Limon’s situation, she is having to learn this first-hand.

Before the season was canceled, Limon said she was working hard to hopefully beat her score of 69. Now she is focused on simply trying to find a team to continue to play with in the fall.

“I have always planned on playing college golf, and my entire life I have only focused on golf,” Limon said. “When I committed and signed, I was relieved, but when everything I worked for got taken away at such a late time, it was really sad.”

While Limon no longer plans to attend St. Edward’s University, she hopes to find a university where she can continue her golf career with a collegiate team.

“I have always seen golf as all I’ve ever known since my father taught me when I was little,” Limon said. “Golf is something my brother and I like to do with our dad in our relationship with one another. It is really important to us and my family. I know there is a possibility that I won’t be able to play golf next year, but I definitely am not ready to give up the sport.”

Mental Health: Before, During and After COVID-19