You are at:Austin Fit»AFM»Chew on This: The Organic Produce You Should Be Buying

If you’re like most people, you’ve been to the grocery store and walked by the organic section of the produce aisle only to just keep on walking. The prices can be somewhat off-putting, especially when there are perfectly lovely looking fruits and veggies a few steps away that, while they don’t have a shiny little sticker proclaiming them as organic, have a price tag that’s much easier to swallow. After all, what’s the hype really about?

Simply this: Produce is affected by growing practices, which allows the food to absorb pesticides. This, in turn, leaves trace amounts behind for you to ingest. By contrast, organic produce is grown in a way that limits your exposure to extra pesticides and insecticides.

Granted, not all fruits and veggies need to be organic for them to be perfectly safe. In some cases, it may not be financially feasible to go completely organic; but there are definitely some that should rank high on your priority list for being organically grown. 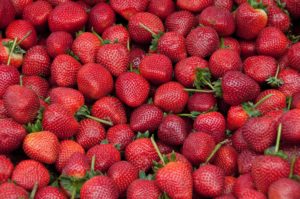 Strawberries rank highest on the list as one of the most pesticide-contaminated foods. Studies by the Environmental Working Group (EWG) show that almost every sample of the strawberries tested was positive for at least two types of pesticides. 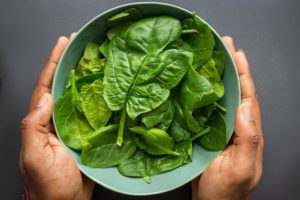 Here’s one you might not have known: Spinach weighs very little, so it has more pesticide residue by weight than any other produce. When tested, it showed comparatively high concentrations of the neurotoxin permethrin on many samples. Fortunately, finding organic spinach is simple enough, both in the fresh produce section as well as the frozen aisle. 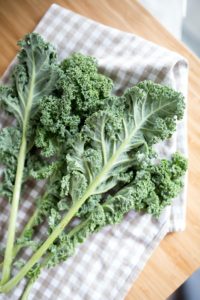 Much like spinach, leafy greens have a high ratio of pesticides to weight. When tested, more than 90% of non-organic kale samples were positive for two or more different pesticide residues — in some cases, up to more than 18. More than half of kale samples showed traces of DCPA (Dacthal), something classified by the EPA as a potential human carcinogen. Collards and mustard greens were only recently added to the list for dangerous chemicals.

Almost all samples of non-organic nectarines contained at least two pesticides when tested, and one sample even bore residue from 15 different pesticides. That’s a disturbing number — especially considering how thin-skinned these sweet fruits are.

When tested, there were detectable pesticide residues on 90% of apples grown with conventional methods. Most samples also contained diphenylamine, which has already been banned in Europe. Because of their thin skin, the chemicals used in non-organic farming easily pass through to the flesh of the apples.

Sweet as they look, conventional cherries are really harboring a dirty little secret. The EWG detected an average of five pesticides on non-organic cherries, and a full third of those tested contained a potentially carcinogenic pesticide.

Much like nectarines, almost all samples of non-organic peaches contained residues of pesticide — on average, clocking in at four different pesticides.

Conventionally grown pears tested by the EWG contained high concentrations of several pesticides that included both fungicides as well as insecticides. More than 50% of those tested contained residue from at least five pesticides.

As recently as this year, bell peppers and hot peppers were added to the list of produce tested for pesticides, with results showing that nearly 75% contained trace residues from pesticides considered to be highly toxic.

Almost all samples of conventionally grown celery were shown to contain pesticides, with one sample showing 13 different pesticides.

Non-organic tomatoes tested showed positive results for pesticides, with nearly four types of pesticides on average but as many as 15 different pesticides and breakdown products. Organic tomatoes can be found both in the produce aisle as well as canned.

Conventionally grown cucumbers also rate high on the pesticide scale. Skinned or washed, the pesticides shown are still something to consider.

The list can seem quite long, especially in light of the price difference between organic and conventional produce. Fortunately, there is an equally long list of “safe” — i.e. containing much lower stats on chemical residue — conventionally grown fruit and veg that have been cleared by the U.S. Department of Agriculture.