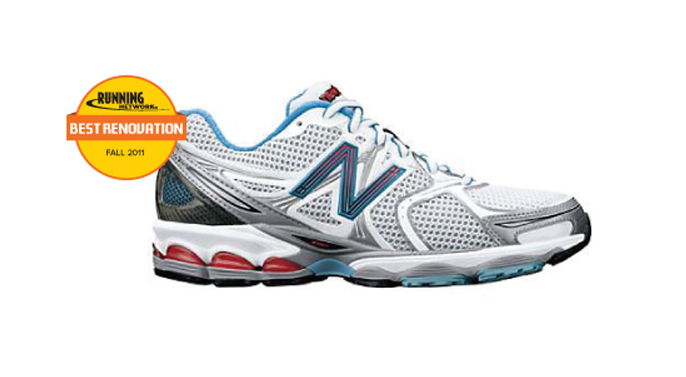 Developmental psychologist Jean Piaget theorized that every developmental improvement a child makes is followed by a period of equilibration or reorganizing that continues until a balance is achieved. With new brands continuing to launch, new technologies being devised, and materials being reexamined and repurposed, the industry is moving into a new stage.

The result of this new stage is an even broader range of shoes for runners with biomechanical needs of every kind, and fitness levels to mix and match. In fact, the influx of Natural Motion shoes, Barefoot shoes, and Minimalist shoes has grown so much that we recently published our first review exclusively on Minimalist shoes in Running Network publications and coming soon to the RN website (runningnetwork.com).

So, how long will it take for us to get through this period of equilibration, and what will the balance be when we do? I would venture to say that it won’t be very long and, at the end, we’ll see more new models than have been introduced in quite some time. One thing is certain: Regardless of the various approaches, opinions, and products, knowledge remains your biggest ally in your search for shoes. Runners with an understanding of what their feet are like and what those characteristics (shape, motion, volume, etc.) require—or runners who know where to get that advice—will find that there are more shoes than ever to meet their specific needs.

The Cortana introduces a new Grid technology for Saucony and is a showpiece for several solutions in cushioning, stability, and fit. The upper is a semi-open mesh with a sublimated appearance, welded overlays and synthetic leather at heel, toe, and eyestay for support. The new Sauc-Fit is a stretchy medial insert and articulated eyelets on the top to cinch the ankle move with the foot. The midsole features the same four-millimeter drop from heel to forefoot that’s proved so successful in the Kinvara and Mirage. It’s combined with new PowerFoam and a plastic Impact Interface that focuses the heelstrike force onto SRC foam to absorb the shock. The outersole uses a new blown rubber compound with Saucony’s proven XT-900 carbon rubber in the heel. The outstanding ride, fit, and innovation earned the PowerGrid Cortana our award as Best New Shoe.

The Precision is an icon in Mizuno’s running line. Sublimated graphics on the upper represent Japanese block prints like Pagoda architecture on the men’s shoe and cherry blossoms on the women’s. The upper has a semi-closed engineered mesh with welded logo and support strapping, DynaMotion Fit for secure lacing and synthetic leather at heel and toe. The midsole is perhaps Mizuno’s best application of AP+. In combination with the Parallel Wave plate, it cushions daily training for efficient runners and a fast-paced training shoe for others. The outersole combines X-10 in the heel and blown rubber in the forefoot with rubber under the cuboid bone to improve midfoot comfort. The smooth fit, great cushioning, and light weight earned the Wave Precision 12 a tie for honors as the Best Shoe in the Performance category.

The Summon offers performance at an economical price. The effective midsole/outersole combination of rear and forefoot Hydroflow within Bio S-257 (a biodegradable version of Brooks’ S-257 foam) is “chromatically enhanced” (it’s a new color), but the performance is as good as ever. So good, in fact, that its reliable performance has birthed a new trail shoe from on the same platform. The upper is pliable mesh with synthetic leather overlays and the usual adjustments. A new full rand adds a bit more support than the Summon 2. With its standout moderate weight, responsive cushioning and reasonable price, the Summon 3 again earned honors as our Best Value.

The Pegasus was named by a contest in the early 1980s—a mind-bending 30 years ago! Version 28 has a few new features that enhance performance. The upper now incorporates a midfoot support of FlyWire,allowing for a thinner eyestay that better flexes and offers a more foot-conforming fit. The introduction of a new PU innersole adds a few grams, but is a definite trade-up for more comfort and a better cushioned ride. The midsole is the same consistent Cushlon with its great blend of shock absorption and responsiveness. A nicely beveled and well-articulated heel as well as forefoot flexibility round out the feel. The outersole is BRS 1000 with its proven durability. Its fit, ride, and wealth gave the Air Pegasus+ 28 our Best Shoe honors in the Neutral category.

The Supernova Sequence 4 features the most significant changes made since its 2008 introduction. The upper has open mesh and welded microsuede overlays, but now employs an external TPU heel stabilizer to neutralize excess side-to-side motion. Though the midsole has the same basic setup, two changes improve its effectiveness: The ForMotion unit has a more sculpted heel bevel, and the ProModerator has been upgraded to ProModerator+, in which the component is thicker and the ends are rotated 90° to shore up the sidewall in three dimensions. The outersole is still the effective carbon heel/blown rubber forefoot combination. For its stability, cushioning and value, the Supernova Sequence 4 earned our Best Shoe in the Motion Stabilizing category.

In New Balance’s new numbering system, shoes ending in “60” represent performance stability, which is why the 1226 has become the 1260. The upper is open mesh with repositioned overlays to support the arch and better secure the instep. The forefoot overlays are “no-sew” across the metatarsals to reduce friction. The interior has a luxe feel, and the combined PU Strobel board and innersole creates longer-lasting plushness. The midsole features a newly configured Stabilicore, which trades the former semi-rigid plastic support for a rubbery compound that also cushions. An articulated N-ergy system of foam and rubbery components soften and direct the touchdown and move through the gait cycle. The outersole is the typical blown rubber forefoot and Ndurance carbon rubber heel with forefoot flexibility. Its execution, material upgrades and stable, well-cushioned ride earned the New Balance 1260 our Best Renovation honors.