The Life, Adventures and Activism of Joel Barish 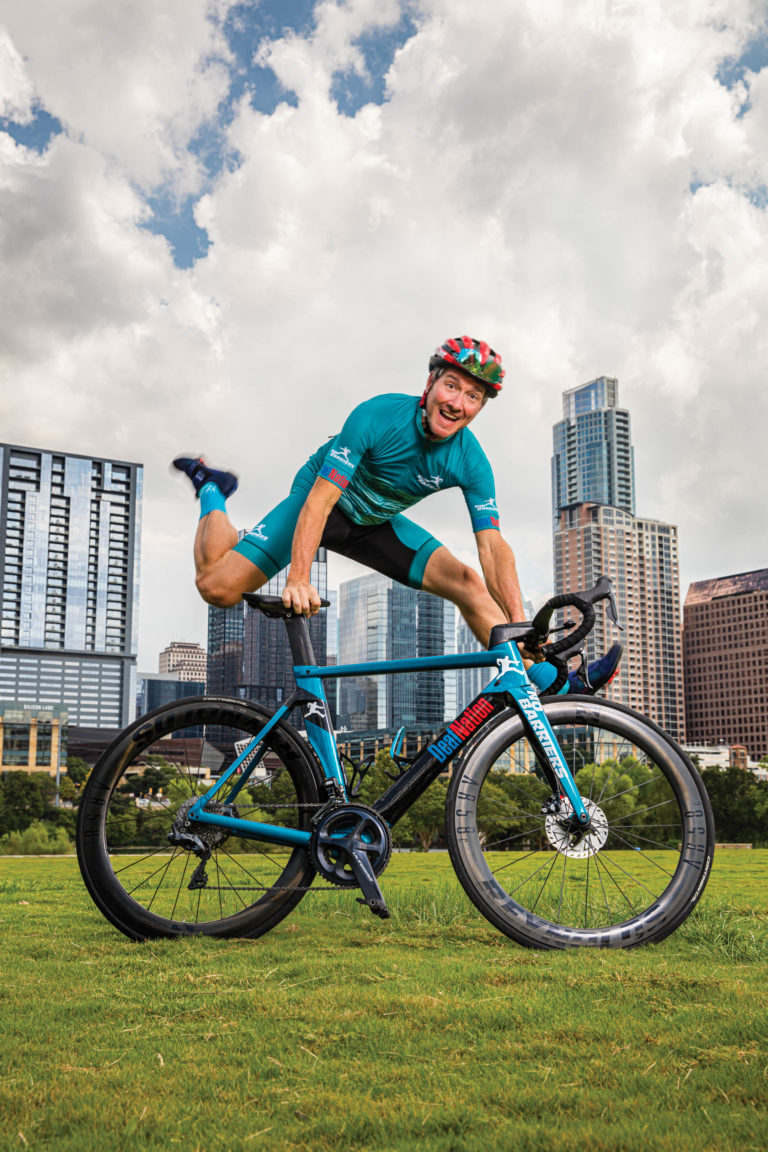 When you first meet Joel Barish, you are quickly overtaken by his genuine smile. He’s quick to sign a joke, making you feel comfortable and welcomed — it doesn’t take long before you feel like old pals, like you could share your whole life story with him.

That radiant and contagious energy makes sense, considering Barish has spent his life and career traveling the world meeting and connecting with people from all walks of life. Barish meets hundreds of people each year through producing DeafNation shows and expos, traveling the world, competing in cycling events and supporting the local community through activism.

Barish grew up in California in a Deaf family. His mother and father were both role models for him, encouraging him and his brother to pursue physical activity and the things that excited them.

“My Deaf father grew up in New York City. He’d been doing softball, running, racquetball [and] golf from his teen years to 82 years old,” Barish says. “My Deaf mother grew up in Utah. She loved travel and outdoor activities. She always encouraged me to travel, meet people, leadership and much more.”

Barish’s mother even sent him, at the young age of 13, to a leadership conference far from home — a 16-hour trip he traveled alone. He says that that trip was the first time he encountered people of different cultures, signing styles and backgrounds, all of which solidified him as a leader and curious explorer.

That leadership and love of travel continued from there throughout high school and university. After he graduated from Gallaudet University, Barish wanted to find a career that would allow him to continue these loves of meeting people, leadership and seeing new parts of the world.

“And at that time, you know, there was no internet, there was no iPhone. This was 1992 — opportunities were limited,” Barish says. “So, I decided to set up my own business and travel the world.”

In the true entrepreneurial spirit, he started his own travel agency and opened a coffee shop. He jokes the shop was no Starbucks, but he enjoyed the few years there before he eventually went on to a job at a larger travel agency. Not long after that switch, he was approached by his brother, Jed, with ideas for new business ventures, and Barish jumped at the opportunity for change.

At first, they worked a few jobs here and there while also co-founding the DeafNation newspaper. But this was only the beginning.

“In 2003, we started to shift our focus from the newspaper,” Barish says. “We wanted to create events for the Deaf community to allow for actual connection, so we started working on the DeafNation Expo.”

The DeafNation Expos are one-day events held all over the country designed by and for the Deaf community. Companies and professionals in the Deaf and hearing communities meet to connect and network, showcasing all kinds of businesses, skills and products.

“It has always been open to the public and has no admission fee,” Barish says. “We want people to come to experience and learn the language, needs, information and everything of the Deaf community.”

Then, in 2010, the brothers wanted to expand those one-day events and create something that would have an even broader reach. Hence, the subsequent multi-day DeafNation World Expo & Conference event. This event still has all the business and networking opportunities as the more frequent expos, but on a much grander scale and accompanied by speakers, sessions, social events and more.

Barish summarizes the overall mission of DeafNation as “no barriers,” the idea of breaking down ideas and limitations that are formed by the hearing community not understanding the needs of the Deaf community, as well as the Deaf community being unaware of the outlets they have.

“A big one is you want Deaf children to see Deaf people owning businesses, having leadership roles, all the amazing things that Deaf people do,” Barish says. “It raises the expectations and ideas of what they can do as well and for their parents to understand all of their potential.” 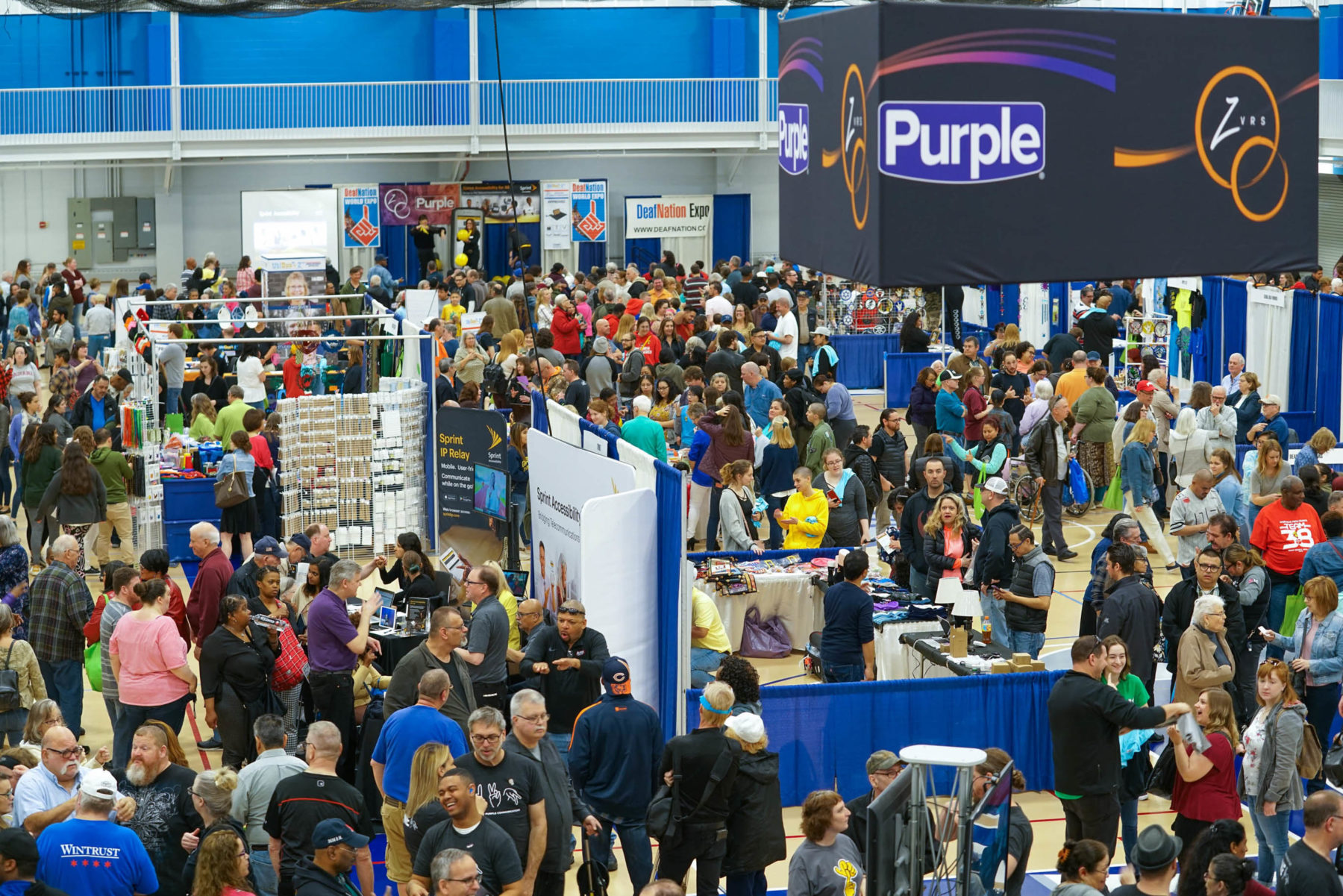 Although the DeafNation World Expo & Conference happens every four years, the next one had to be moved to 2022 due to the COVID-19 outbreaks. As always, it is open to the public and will showcase inspiring people from around the world.

No Barriers with Joel

Taking it back to Barish’s love of travel, the first country he ever visited was Mexico in 1999, when he attended the Deaf Olympics. Barish describes the experience as difficult, having to rely on his pager and finding ways to communicate with the hearing community or with those who didn’t use American Sign Language.

“So many times, I got lost — so many times. But that was part of the journey,” Barish says. “I had to learn how to not depend on any other person, and to be able to get through any situation on my own.”

A lot has changed for Barish since the 1999 Deaf Olympics in Mexico. But the skills he learned on that first trip became solidified and provided the foundation for the acclaimed show No Barriers.

When No Barriers started in 2003, the idea was, as with all things related to the Barishes or DeafNation, to break down the stigmas and provide lasting connections between people from all kinds of backgrounds. In the show, Barish brings the audience along as he travels to meet the Deaf community of every nation or culture.

From Havana, Cuba to Sri Lanka to Norway, he’s made it to 89 countries and can’t wait to grow the list. Each country is a unique experience, Barish says, and the people he meets and the adventures he takes on are always enlightening. One of his favorite expeditions was when he traveled to a small Intuit village of about 170 people, only around 700 miles from the North Pole. 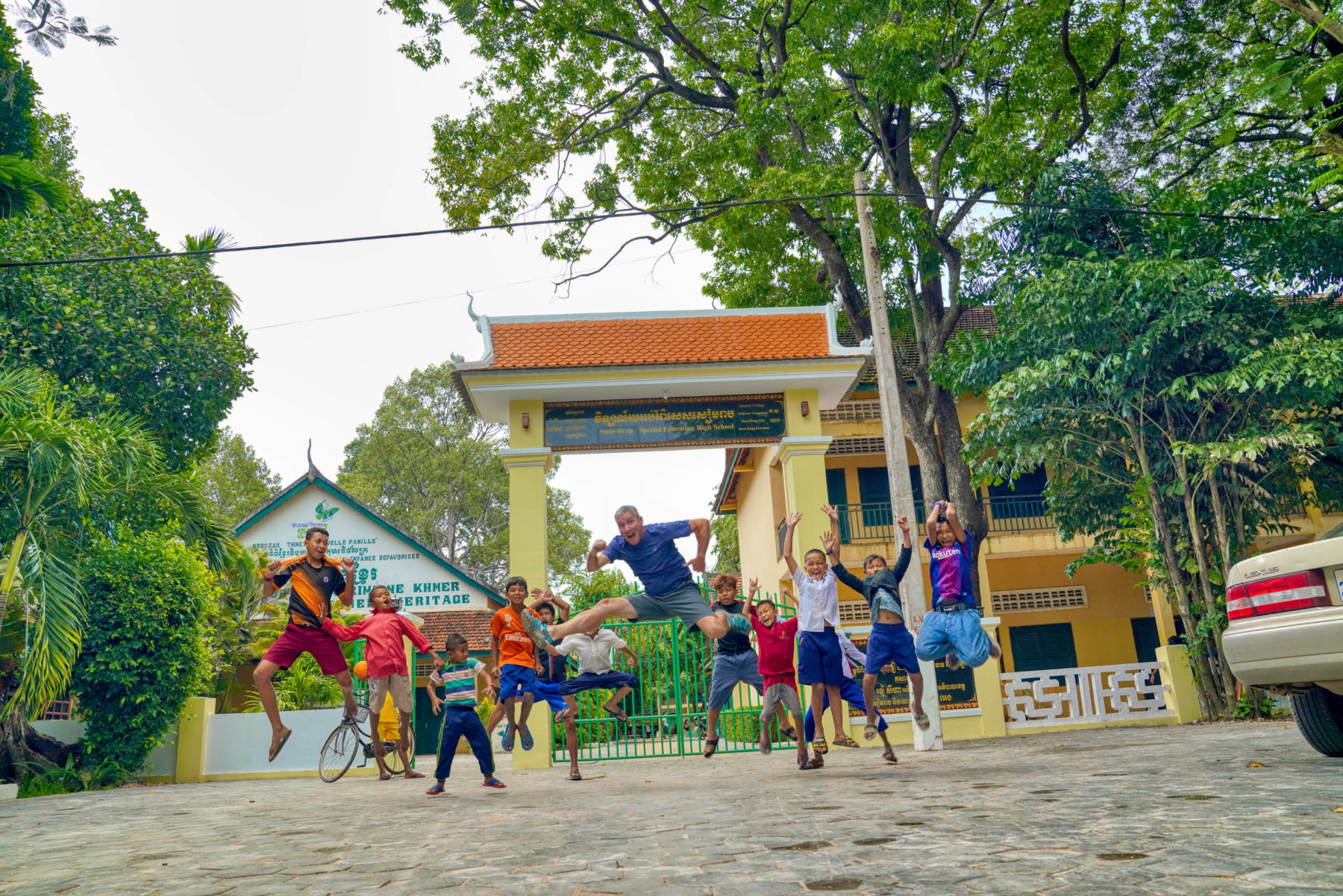 “I thought, ‘Where are all of the trees? Where is the water?’” Barish says. “But seeing these people and meeting the Deaf individual there, it made me realize that the human experience is really a beautiful thing.”

Barish says showing that Deaf individuals exist and thrive in a diverse set of environments has been an amazing aspect of the show, revealing not only human nature but also that Deaf communities and individuals are in all four corners of the earth.

Now Barish has another show, Coffee with Joel, where he sits down with Deaf people from all over the world and discusses all kinds of topics. These conversations reveal the differences in how other cultures sign while still finding those connections and similarities in experience — again reinforcing the idea that humans are humans, no matter how they communicate.

Of course, his activism doesn’t stop with DeafNation. Locally, Barish works in both Deaf access activism and safe cycling options. The cycling came some years ago after he could no longer run due to his knees. He quickly found his way to Bike Austin, where he works to help promote safe transportations options in the city.

When he’s not working on a show or competing (and placing) at a cycling race, he still doesn’t let anything stop him from continuing this practice of breaking down barriers for the Deaf community in Austin. He works hard to encourage businesses and companies to implement practices that are inclusive to the local Deaf community.

“As Austin begins to really boom, the Deaf community that was once very to themselves is starting to speak out,” Barish says. “Any business should have some kind of option to better serve the growing Deaf community.”

Barish points out that his realm of activism requires a lot of patience and persistence. Though awareness is growing, there is a lack of outlets for reliable communication for the Deaf community in everything from shopping at the grocery store to receiving information during emergencies like throughout the devastating snowstorm in February 2021.

Still, even with delays and slow progress, Barish believes that, through it, all people will understand that even through varied backgrounds, humans are all the same.

“We all have compassion. We all have hopes and dreams and fears,” Barish says. “We all have one heart that bleeds red. And that is all that matters at the end of the day.”

12 Tips to Understanding a Nutrition Label