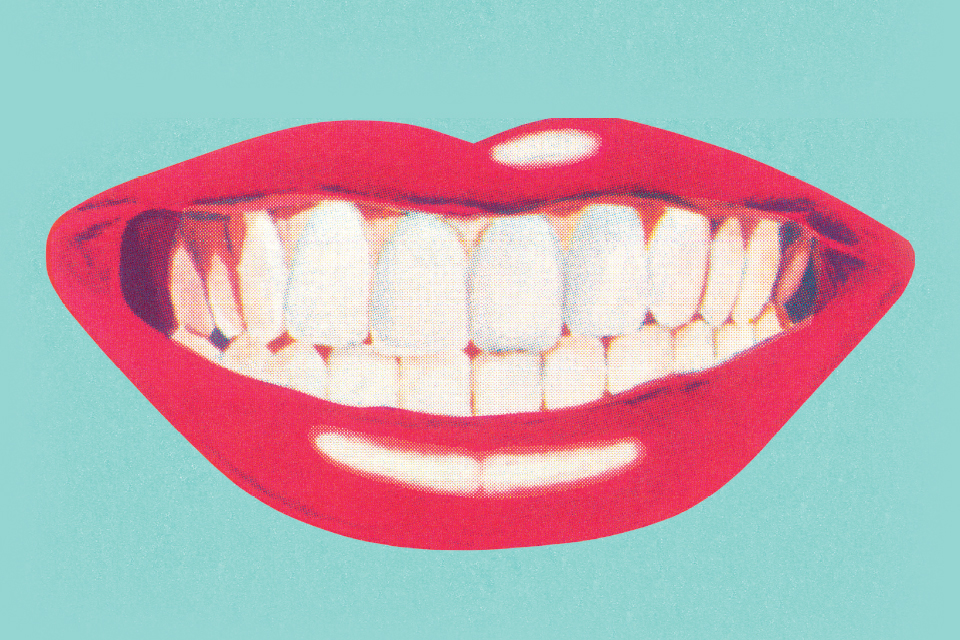 If you’ve ever gone to the dentist and lied through your teeth (pun intended) about how frequently you floss, chances are your hygienist could tell. We’ve all been guilty of it at some point but it’s important not to downplay the role that flossing and other good dental hygeine practices play in maintaining healthy teeth and gums. We sat down with Dr. Vincent Ip and registered dental hygienist, Sarah Mack, of Smile 360, to get answers to all the questions you want to know but are afraid to ask.

Myth: There’s no need to consult a dentist before starting a whitening regimen.

Dr. Ip: “In general, whitening used in moderation can be accepted and used. However, if you have dental caries [small holes, structural damage or erosion], which is one good reason to get a check-up, it could be detrimental and cause adverse effects. Seeing where you’re at, as a baseline, could help guide you to which type of whitening option would be best for you.”

Myth: Charcoal whitening is the best form of whitening.

Sarah: “I’ve had a ton of patients that report using it and have had success with it, but there haven’t been any studies done (according to the American Dental Association) to actually back it up. I don’t say yay or nay. If it works for you and you like it, I guess that’s an option but there isn’t enough information to say, ‘This definitely works, it’s fine, and it’s safe.’”

Myth: All whitening mouthwashes are safe to use.

Dr. Ip: “The ADA says that some mouth rinses that contain alcohol that are also whitening, you may want to watch out for, because researchers have found there can be a link to oral cancer. This is something dentists screen for, so that’s something to be aware of.”

Myth: If I take good care of my teeth and they don’t hurt, regular dentist visits are unnecessary.

Both Dr. Ip and Sarah Mack say that regular oral cancer screenings are an important part of dental check-ups. Both genetics and smoking cigarettes play a role in increasing a patient’s risk of developing the disease. A regular visit is also an opportunity to get a deeper clean and reduce the amount of bacteria buildup around the gums.

Sarah: “If you work out a lot, you have less salivary flow. With people that work out, there’s more exertion of forces on the teeth so you’re more likely to have teeth and gum problems. So the takeaway message, if you work out: You should be seeing your dentist. A lot of what we do is just maintain and keep everything as long as possible. It’s basically anti-aging for your teeth.”

Dr Ip: “If you have signs of dry mouth, you’re more prone to have bad breath, especially people that work out.”

Sarah: “I would encourage and implore most of my patients to floss. That’s a challenge as far as a habit for everyone. But if we’re brushing twice a day, two minutes a day and flossing daily, we have the opportunity to physically remove bacteria from broken down food out of our mouths; then we have a chance to remove chances of bad breath by removing the bacteria that is caught there.”

Myth: If I avoid excess sugar, my enamel will stay strong.

Sarah: “A lot of people, especially those that take care of their health, are not going to be drinking coffee with sugar or teas with sugar and they’ll avoid sugar at all costs, but all the acidity can do it as well. Then there’s the mechanical forces as well, which we actually treat a lot of people here for. Grinding and clenching your teeth sometimes goes along with working out too. So, you have the chemical part and the mechanical part as far as maintaining your enamel.”

Dr. Ip: “The CDC recommends 0.7 parts per million to 1.2 parts per million. Here in Austin, the latest report I believe I read was about .69 or .7 parts per million. We’re lucky to be in Austin and have fluoridated water which is shown to decrease dental caries and they have the normal amount in our water. They base it on your climate. If you’re in a hot area where people are going to drink a bunch of water, they’re not going to make it the same as another area. It’s regulated to be okay for the general public.”

Myth: A harder toothbrush will help me remove more bacteria and keep my teeth healthy.

Sarah: “We recommend using soft toothbrushes.  Soft toothbrushes are the only ones you should have, or extra soft. Replace them every three to four months. The gum’s going to move down and then there’s a part of the tooth that’s exposed that’s normally covered so now it’s able to have more exposure. That can be why you’re sensitive.”

Myth: Brushing and flossing is the only way to prevent gum recession.

Dr. Ip: “Mechanical forces on your teeth from bruxism, or clenching throughout the day [can cause it]. As the teeth move, they’re in a position where there are more forces around the gum line. With that movement [and genetic factors], you’re more likely to have gum recession.”

Myth: If I take better care of my teeth, my gums will grow back.

Dr. Ip: “Once your gums recede it is not possible for them to grow back. Regular preventative care appointments are ideal to fight against genetics, mechanical wear [grinding/clenching], and chemical wear [acids from foods/drinks and bacteria that cause periodontal disease]. Once you get to the ‘point of no return’ of periodontal disease, we advise cleanings more often [every 3 or 4 months depending on the severity] to maintain your gum health. You also might need to coordinate care with a periodontal specialist for surgery.”

Myth: If I don’t wake up with headaches, I am not grinding my teeth in my sleep.

Dr. Ip: “Most people don’t know if they’re grinding or clenching their teeth unless their partner tells them. There are a few factors. It can be a sign of stress or it could be a sign of sleep bruxism, which is related to sleep apnea. Stimulants like caffeine contribute too. Caffeine is the number one drug in the world.”

Sarah: “We actually have several patients that have mentioned that they don’t drink caffeine, but they use a pre-workout. They do it in the evening before they go work out, but then it’s still in their system. Any stimulants can do that.”

Myth: Getting dental appliances to straighten my teeth is strictly for cosmetic purposes.

Dr. Ip: “Ideally, dentists and orthodontists, they want to put your teeth into a better position so that you can reduce the amount of wear.”

Sarah: “By putting them all on a nice position, they all are wearing evenly instead of certain ones hitting and certain ones not. A lot of times when people have gum recession, it’s not every tooth. It’s random ones wherever they’re getting more of that force.”