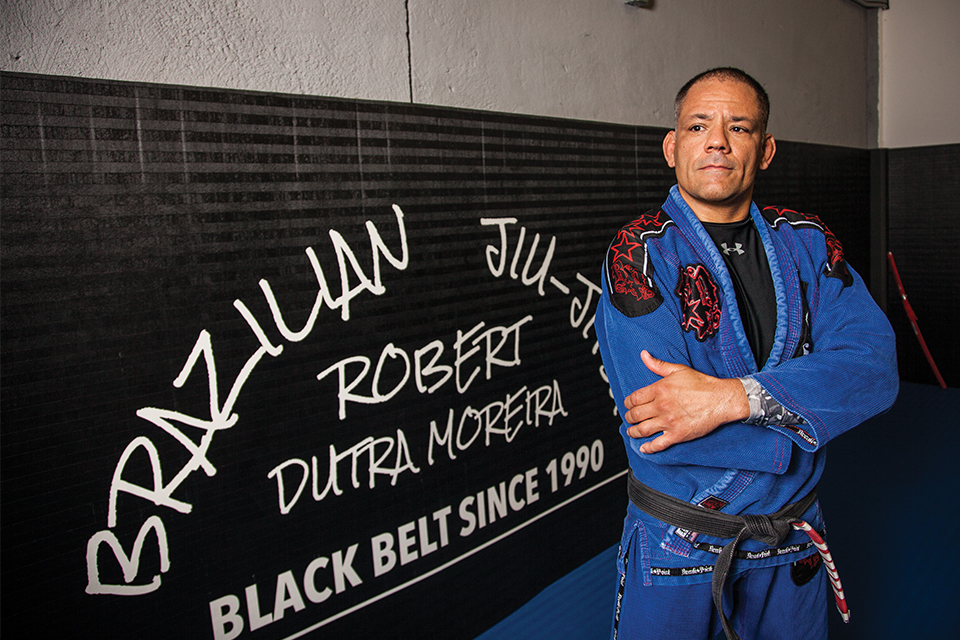 For 35 years, Master Robert Dutra Moreira has been practicing the art of jiu-jitsu. At age 26 he reached the expert level of black belt and went on to win numerous titles in the sport. Now, at the age of 51, Moreira lives in Austin and teaches Brazilian jiu-jitsu at Sharp End Athletics.

Brazilian jiu-jitsu is known for its emphasis on technique. Rather than encouraging blunt force, the goal is to utilize proficient technique in a way that eliminates the need for physical strength. “Apply technique with no strength,” stresses Moreira. That, and never giving up, are his most important lessons to his students.

As a teacher, Moreira believes that there is no age cap to learning and reaching one’s physical and spiritual potential. Ben Himes, owner of Sharp End Athletics (where Moreira trains and teaches classes), agreed, highlighting such benefits as reduced stress and increased libido for adults and those in their golden years. “Jiu-jitsu will help each student reach harmony associated with the right way of breathing, cardio, speed, endurance, etc.,” said Moreira on the learning process of the sport.

Often referred to as an art form rather than a sport, jiu-jitsu boasts numerous benefits to young people as well. Moreira’s philosophy on jiu-jitsu is simple—discipline and respect: “I feel extremely satisfied and accomplished to be able to teach an art capable of transmitting principles like discipline and respect for others.” Other positive benefits for teens and pre-teens ascribed to the sport include problem solving, respect for elders, and the establishment of a routine. When asked what he believes is the No. 1 benefit of jiu-jitsu, Moreira responded easily, “Self confidence.”

For Moreira, self-confidence from jiu-jitsu didn’t become a part of his life until the age of 16. As a kid, Moreira noted that he had “lots of energy” and so his mother took him to try out judo. “This took me to a different universe,” said Moreira of his exposure to the modern martial art. Starting at the age of 13, he competed regularly in judo until he was invited to learn jiu-jitsu. The rest is history. As Moreira put it, “I have never stopped doing jiu-jitsu since then. It has been 35 years of dedication to this art and sport.” 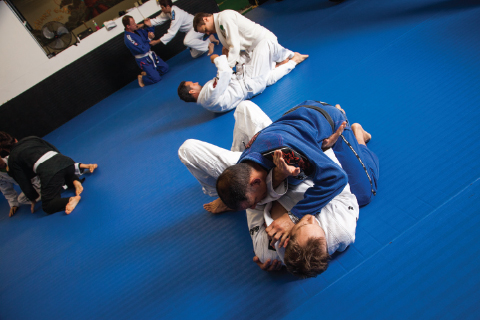 In his many years practicing Brazilian jiu-jitsu, Moreira has collected trophies, accolades, and numerous belts. In 2011, he fought back from what would be for some people a career-ending injury to win a European Championship that he now refers to as the award of which he is most proud. Describing that struggle, Moreira said, “With will and dedication, I overcame many obstacles in my life, and that’s one of the teachings I try to pass to each of my students.”

Each of Moreira’s experiences has led to a teachable moment. What he most enjoys teaching is self-defense. As a result of his teachings, Moreira has seen that “students will be more able to cope with a situation of risk or aggression.” And Moreira takes great pride in all of his students and their very different goals. “Every single student that signs up to train with me is [on a] specific mission,” explained Moreira. “Some want to learn the art, some want to compete, some want to overcome [a] difficult personal situation, and some just want to get healthy.” For example: One of Moreira’s students had open heart surgery a few years ago and just recently won two of his categories at a championship event in Austin in August.

Moreira’s love of his sport is evident in the passion put into his healthy lifestyle. A dedicated servant of the sport, Moreira himself trains in jiu-jitsu every day. He tries not to eat carbs after 8 p.m., eats two eggs every morning, and eats coconut and acai (known for their anti-oxidant powers) on a daily basis. After living here for a little more than a year, Moreira fits right in with what he calls the “sport spirit” of Austin.
And what should his fellow Austinites consider when learning more about jiu-jitsu?

“Me, my students, and every jiu-jitsu practitioner are living proof of the amazing impact this art can have in any person who decides to make this art part of his [or] her life,” he said.