Wining and Dining (and Racing) the F1 Way 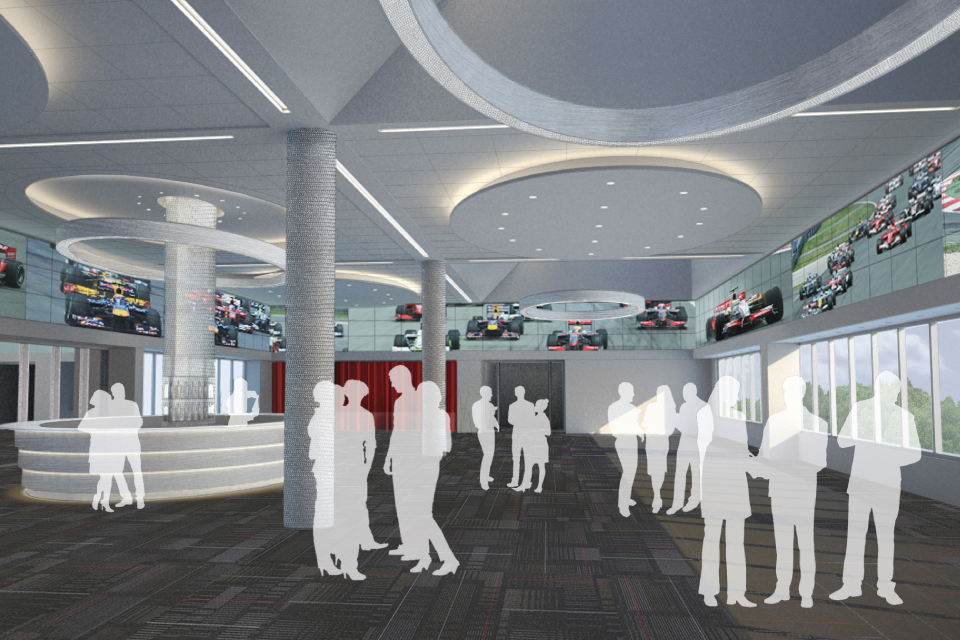 November 16-18, 2012, marks a new sports milestone for Austin: the advent of the United States only F1 Grand Prix, the Circuit of The Americas. It’s been impossible to miss the buzz about this event but is Austin truly prepared for what constitutes an F1 race? What is an F1 event really like?

“The first time you hear an F1 car screaming down the front straight turning 18,000 rpms, the hair on the back of your neck will stand up. Then, under heaving breaking, within just hundreds of feet from the apex of the corner, the car, seeming to be on rails, moves through the corner in an impossible manner,” reminisced Brad Baumunk, an AFM reader who attended the U.S. Grand Prix at Indianapolis for four of the eight races held between 2000 and 2008. “Indy is a cool track with an amazing high speed banked corner, but the purpose-built CoTA is sure to be an amazing venue.”

Sylvia Reyna is an Austinite who was living and working in Dubai for a few years; while there, she attended an F1 race on the new circuit at Yas Island. “Abu Dhabi was the first one in the Middle East and they built a new island for the stadium, which had a Ferrari World theme park. They literally built a new, small city to accommodate all the people attending,” she recalled. “I remember driving in and everything seemed so surreal. The stadium they built was mind blowing. I remember taking off from work early to head out with my friends and all of us were speechless; it was crazy.” Reyna didn’t just enjoy the races. “Aerosmith, Beyoncé, Kings of Leon, and Jamiroquai all performed at the three-day event,” she explained and went on to say, “I had heard awhile back about them bringing it to Texas which I thought was very cool, and I know that Austin is the perfect city in Texas to do this event at!”

While Austin is home to big festivals such as the recent Austin City Limits and upcoming South by Southwest, this one has an international, big-money feel that will be somewhat of a culture shock to this laid-back, open city. The average F1 attendee spends $1,500—that’s excluding travel expenses—at each day of the race, and approximately 15 percent of those fans will be international travelers. Brian Leib, an AFM reader who worked for Bridgestone Tires and attended six or so Formula 1 events during that time, said succinctly, “It’s a world experience in our own backyard.”

Leib elaborated on the F1 experience: “To put it in perspective, it’s more expensive than a Texans game or NASCAR. There’s going to be some sticker shock.” He explained that for the serious fan, F1 is a “near religious” occurrence and that these attendees treat an F1 race as a “life experience” to be fully enjoyed. He pointed out that Austinites should embrace a more European attitude, which includes dressing for the event (he plans on wearing trousers and an appropriate shirt rather than jeans and a t-shirt).

And as F1 is really like no other sporting event central Texas has experienced, that difference extends to the food and beverage found at the Circuit of The Americas. Sodexo is managing the food and drink for the 300,000 visitors expected to move through the venue. They’ve worked with some highly pedigreed events around the world, including the Rugby World Cup, Tour de France, Royal Ascot, and (perhaps more familiar to Americans) the Rose Bowl. Martin Thorson, the national executive for Sports, Entertainment and Convention Centers for Sodexo Leisure, explained, “We are proud of the approach we’re taking with the food and beverage at Circuit of The Americas; from feeding an immense crowd with global tastes to keeping the local flavor of Austin alive in the overall experience, the options are as varied as the F1 fan base.”

Thorson promises that fans can “enjoy a cold beverage and great food at every turn,” and that includes local fare such as Austin-area beers, CoTA’s “signature drink, ‘Texas Tea [made with Austin-based Sweet Leaf Tea],’ served in a commemorative cup,” Salt Lick barbecue, and a “Food Truck Village” located close to Turn Nine that will feature Austin-area favorites such as Chi’lantro, Fresh Off the Truck, Peach Tortilla, In the Buns, Paul Quis’ East Side King, and The Butcher’s Son. “Even CoTA’s neighbor, ‘Wild Bubba’s Big Game Grill,’ will have a presence at the track,” Thorson assured.

But F1 is more than local food and part of the experience is the glamour and exclusivity that goes with big dollars, beautiful people, and fast cars. Like other F1 venues around the world, there will be the traditional champagne service; Thorson said that “bartenders will be waiting at each turn to provide the fans with the libation of their choice as they settle in and watch the excitement of F1 racing in a world-class venue unlike any other.” A team of 32 chefs and hundreds of support staff will work to serve a wide variety of areas, from kiosks to in-seat service and premium seating to club boxes with catering.

Leib, an experienced spectator, explained that, while there are many food options available, he’ll probably wind up snacking at CoTA. “I wouldn’t expect to sit down for a full meal unless I had a hospitality pass,” he reasoned. The Hospitality Areas at CoTA include privately owned spaces in the main grandstand that serve 30-100 fans with special ticket packages. Other Hospitality Areas are located at Turns 19 and 20 (fans with tickets to these sections can see the track while enjoying their food). The Paddock Club is the premier F1 club suite, which features a four course meal as well as a view into the pit lane. “This is where you’ll find your A-list celebrities, guests of manufacturers, and other notable fans,” said Leib. “It’s right in the heart of the action and truly stunning. What Austinites might not be prepared for is that F1 isn’t open like other events we’re used to; you’ll have to pay to have access to special areas and views of drivers, garages, and the pit lane.”

While not everyone may get to the Circuit of The Americas for the November F1 race, the venue and its hospitality staff will continue to provide refreshment for the many different events to come there. Thorson pointed out that “the upcoming F1 event will only debut the beginnings of the food and beverage services available to CoTA. It will be a destination for special events, meetings, corporate functions, and community events throughout the year.” He went on to outline Sodexo’s Better Tomorrow Plan, which “lays out a journey to sustainability that begins with local sourcing. Dairy is something that is most often a local purchase; often produce as well, but our farm-to-table initiatives take seasonality into consideration and adapt to ensure we are getting the best, freshest ingredients possible.” It seems that event attendees will have many more options beyond stadium nachos, sodas, and a soggy sausage wrap no matter what the draw to the Circuit of The Americas track.

Baumunk will be there for the debut: “To say I am exited is an understatement. My family is going to Cancun (Playa del Carmen), leaving on Saturday, November 17. I am staying behind to attend the race.” Leib will be there at the inaugural U.S. Grand Prix as well. “I’d like to see people come out and embrace F1,” he said. “My advice is don’t spare expense, embrace the culture, and treat it like an experience. Austin has the opportunity to be the toast of the world on November 19.”

What Happens When Food Rules Your World?