How two Austin athletes’ plans changed after the rescheduling of the 2020 Olympic Games.

In late March, following the guidelines from the World Health Organization (WHO) regarding holding events amid the pandemic, the International Olympic Committee (IOC) announced that the Olympic Games Tokyo 2020 would be delayed — making it a first in Olympic history. The new date is set for July 23, 2021, and will still be held in Tokyo, Japan. Although this decision came as an understandable safety measure for the public, the decision also changed the lives of athletes from all 206 participating countries in countless ways.

AFM caught up with Magnolia Howell and Cat Osterman — two athletes AFM has profiled in previous issues — to understand what their journeys look like now and how they have individually been affected. While both athletes had come out of a retirement period from their sport, every athlete’s story is different, and especially now, everyone is making decisions based on what’s best for them in this time of uncertainty.

Since her profile in January 2019, Cat Osterman made the 2020 U.S. Olympic Softball Team. After a few months of individual training, Osterman was finally touring and practicing together with her team. Meanwhile Howell, profiled in the March 2020 issue, was still training vigorously in preparation for the Olympic Trials where she would have competed to make the 2020 USA Track & Field Team. Both athletes seemed to be on track to reach their goals.

However, once the COVID-19 outbreak grew in magnitude with subsequent games and meets being canceled, as well as gym closures, everything started to change. Howell detailed the timeline of events that led up to the announcement of the Olympic delay. She said that up until the Olympic decision, track meets and even practices were being canceled left and right.

“I didn’t know how we would get our times down for qualifying,” Howell says. “Even if the Olympics were still going to happen, all of the meets leading up to it were canceled.” 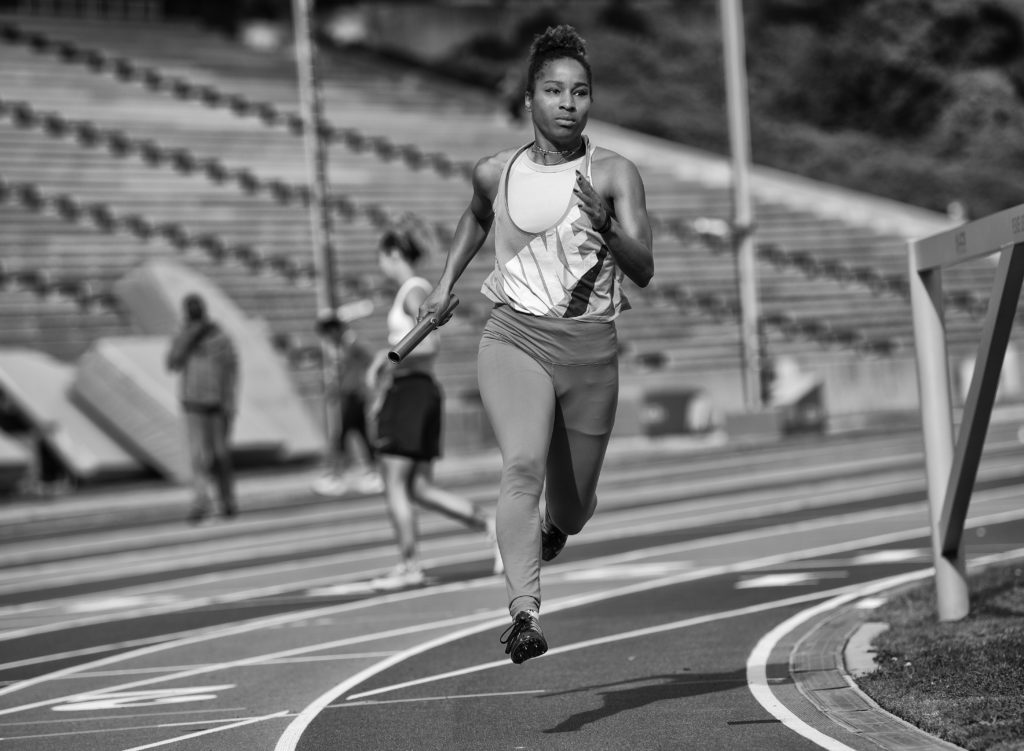 Howell says she had never fathomed that the Olympics were going to be canceled or rescheduled. Even with all of the other cancelations, the Olympics just felt too big to have been affected as well.

“But of course, looking back, I realized that it was actually kind of crazy that they hadn’t been canceled while everything else had been,” Howell says. “It was just a weird time for everyone.”

Osterman outlined similar reactions with the lead up to the IOC’s announcement. She had been getting ready to play a game with the USA team when they were abruptly sent home due to cancelations.

“I knew it was coming,” Osterman says. “But that didn’t lessen the disappointment.”

Both athletes’ recounts mirror the surrealness of finding out that their dreams were going to be put on hold. As with many other athletes around the world, Howell and Osterman both had to decide if the extra year was financially and physically feasible.

Osterman, who was leaving her job at Texas State University at the end of May, knew that the lack of money coming in would put a new pressure on her and her family.

“My husband was extremely supportive,” Osterman says. “He said, ‘If you want this, we’ll find a way to make it work.’”

Not only would the delay add pressure financially, but her post-Olympic plans to become more heavily involved with RBI Austin (a local nonprofit softball and baseball league for underserved youth in Austin), to expand their softball programs and to grow her family had to be put on hold.

“That was a sad realization,” she says. “Not only being unable to help out more but not knowing what the program will look like a year from now was immensely disappointing.”

It was announced in April that all of the 2020 USA Softball team members are staying on, and there will be no new tryouts. Although the road ahead is a new one, Osterman says that the hardest part is going back to training alone.

“It’s that loss of comradery that makes the training feel lonely,” Osterman says. “We had finally been able to practice and play together, and now it’s back to training on our own.”

Osterman says she’s lucky to have a few private cages and gyms to train in and can’t imagine the difficulty other athletes must be facing without those facilities. She’s even been able to have her husband stand in as her catcher as she practices her pitches.

When Howell spoke to Austin Fit in early March, she had just come out of almost a year-long break from running and had moved to Austin from Los Angeles to train harder and smarter in order to make the American team for Tokyo 2020. Her goal was not only to make the team, but to break a world record in honor of a lost loved one. But now, Howell has decided to retire from track & field.

But that decision didn’t come easy.

“It was after lots of tears, conversations with my coach and prayer that I decided that I will be retiring from track,” Howell says. “I’ve been running my whole life, so it was a tough decision in that I still have a desire to do it, but I also have other parts of my life that were meant to begin next year.”

Howell had been selected for an art residency in Spain for the spring, and her art business and creation was taking off. Not only was Howell worried about the plans she had made for her art career, but the extra year of training meant a bigger toll on her mental health, her finances and her body.

“I didn’t think I had it in me,” she says. “I could have done it, but I would have been sacrificing a whole year — a year I didn’t have to throw away.”

She’s sacrificed so much over the years for the love of the sport. From family events and milestones, to business and personal opportunities — track always came first. The decision to take a step back from the sport for good was a strange moment for her.

While she’s sad that the track chapter of her life has come to an end, she’s looking forward to the future with optimism. Her plans to return to California to be with family and continue her artistic business and creation has kept her grounded throughout her decision.

She will be conducting virtual art classes while selling her art online and through other outlets. Once things begin opening back up, she hopes to find galleries and other places that will carry her products and continue her collaborations with businesses.

Above all, she says, she wants to thank the Austin community for everything that was done for her.

“I felt so much love and support from the community,” Howell says. “That really made the transition to Austin easier to handle, and I can’t thank everyone enough for that.”

Workout of the Month: Crossfit Central