By the Numbers: Extremely 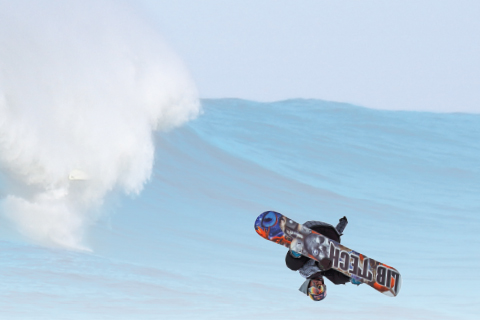 We chose the “road less traveled” this month to focus on a few weird and unusual sports, as well as our cover topic of wakeboarding. Extreme ironing anyone?

Number of people who competed at the Extreme Ironing World Championships in Munich in September 2002.

Percent chance of bowling a 300 (a perfect score)

Speed in miles per hour reached by boats pulling wakeboarders

Speed in kilometers an hour reached by a wheel of cheese during cheese rolling, a sport played in England where a round of Double Gloucester cheese is rolled down a hill and competitors chase after it

Weight of a curling stone in pounds

The number of games simultaneously played (and won) by the top ranked chess player in the world, 21 year-old Magnus Carlsen, while blindfolded

Record in feet for the deepest plunge dive set during the 1904 Olympic games, the only year the sport was present at the Olympics

Number of participants in the largest ever raft race, which included 607 rafts, in Bern, Switzerland

Percentage of wakeboarders who are male and age 13-24

Age of Edward Bosson, a teenager who set a world record for wakeboarding 21 miles across the English Channel between England and France

Largest first prize ever awarded at the World Series of Poker, which went to Jamie Gold in 2006

Rings in the Olympic logo, which contains the colors red, blue, yellow, green, and black. These were selected because at least one of these five colors appears on every flag in the world

The amount of time in seconds for Mike Tyson to knock out Marvis Frazier in 1985, Tyson’s quickest knockout of his career

Length of the average dachshund racetrack in meters

Degrees of rotation (or 2.5 turns) in an aeriel turn performed on a skate ramp, successfully completed for the first time by skater Tony Hawk at the 1999 X Games

Difference in feet between the previous snowmobile world record jump (361) and the new (412), both set by Levi LaVallee

Score awarded to Shaun White in the 2012 Winter X Games, the first-ever perfect score given in the snowboard superpipe

Number of possible dodgeball national championships per year (indoor and outdoor). The Bexley Cup is awarded any team that wins both in one season