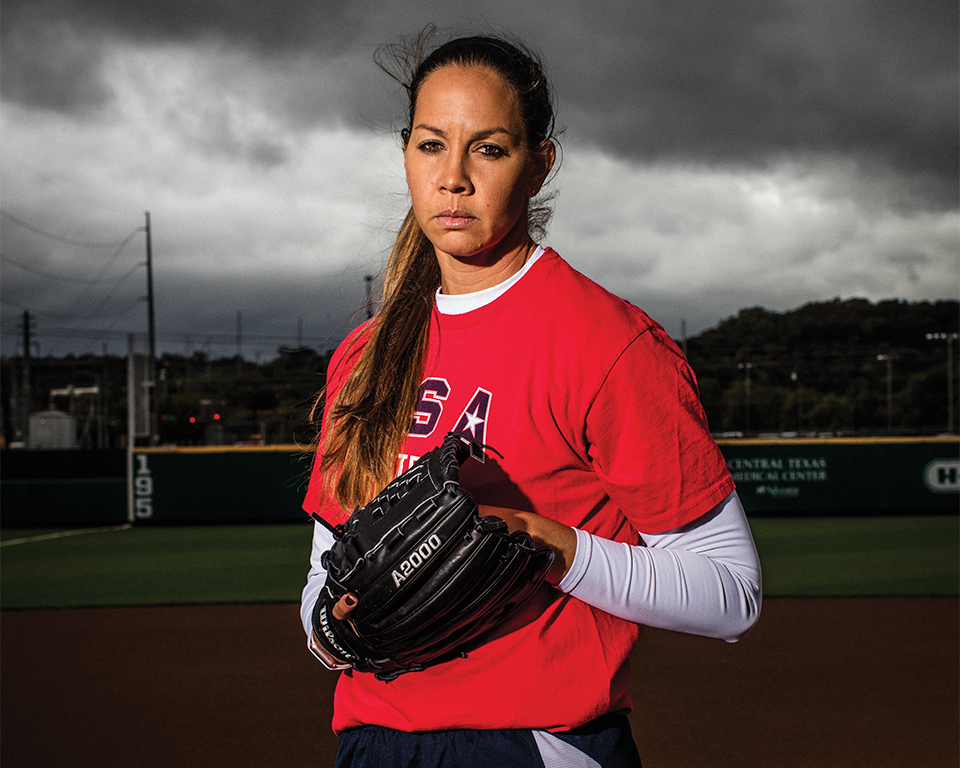 Many sports fluctuate on whether or not they are included in the Olympic lineup. These decisions are made by votes conducted within the International Olympic Committee based on, among other factors, the popularity of each sport throughout the world. Though fans and athletes can become frustrated when their sport is dropped from the list, it’s nothing compared to the excitement and newfound pride that blossoms when their sport is reintroduced.

As is the case for softball leagues and fans across every level and every ocean since the sport was voted back into the summer Olympics, along with baseball, in 2016. After the sport’s hiatus that started in 2012, the diehards look on with anticipation to see how that stint away from the spotlight has built competitive tensions and thirst for the gold.

And sure enough, the same goes for Cat Osterman, as she returns to the spotlight of Olympic softball.

After announcing her plan to come out of retirement and try out for the 2020 Summer Olympics, her fans around the world now watch to see how her hiatus away from the game will affect her. Though the eagerness to see what is to come of her decision heightens with each day closer to tryouts, her decision to return to the game itself comes as a surprise to no one. She retired in 2015, just three short years ago, and the world of softball was in shock to watch her walk away from the pitcher’s mound.

“A lot of people just don’t understand what that life is like,” Osterman explains. “I needed a break from living out of a suitcase and I just wanted to chase my passion of coaching. It’s almost impossible to be elite at both simultaneously.”

Without a doubt, Osterman had already become an elite in the sport of softball. She took the game by storm and made pitching an art form.

Osterman loved softball from an early age. By age 11, she knew she wanted to be a pitcher, even asking her dad for pitching lessons for her birthday present. While most kids her age would have been asking for bikes or a trip to a theme park, Osterman was more interested in perfecting her art. Refusing to take on the role of other positions, she devoted her time to becoming the best pitcher she could be.

“It was never about being the best pitcher in the school, the state or the world,” Osterman says. “No, to me, it was always about how great of a pitcher [I] and my dad could make me — how I could improve, how I could outdo myself.”

Her devotion to this art continuously showed game after game. Starting in high school, her pitching career boasts awards, firsts and broken records. After graduation, she even became the youngest member on Team USA at the 2004 Olympics — redshirting from The University of Texas at Austin just to train, and, ultimately, take the gold at the games in Athens that year.

These legacies continue all the way through to her retirement. Her Wikipedia page is filled with lists of title after title and mind-blowing pitching stats that leave anyone, even novices to the sport, overwhelmed and in awe.

But Osterman mentions few of these when asked about her career. Rather, she talks the 2008 Summer Olympics in Beijing, where Team USA lost the gold to Japan. She describes how everything went wrong that game, mistakes that the team had never made before and how each member of the team handled the loss differently, but how they all blamed themselves personally.

“I thought that this loss would be what I was remembered for forever,” Osterman explains with a soft smile, “But the funny thing is, no one even brings it up.”

Though she had an amazing career in the National Pro Fastpitch league after that Olympic game, she still feels there is some unfinished redemption.

“I think that everyone knew how much that loss really weighed on me,” Osterman says, citing her family’s and friends’ endless support. “They knew that if I had the opportunity to make things work, I was going to take it. I just didn’t know how it was going to work.”

It was that idea of making things work that Osterman was the most worried about. After three years devoted to becoming elite in her new passion of coaching her girls at Texas State, Osterman describes that some of the most prideful and emotional moments in her life were when her pitchers achieved their dreams on their own mounds. She knew that if training for a comeback meant leaving that job and those girls, she wouldn’t do it.

“But then my boss came to me, and she said we would make it work,” Osterman recalls. “At first, I tried to explain that I didn’t want to give up coaching, but she stopped me and repeated herself — she wanted to help me do both.”

With the coaching staff at Texas State on her side and giving her the go-ahead, nothing was holding Osterman back. She waited to make the announcement until after she made sure she was still able to make all the appropriate arrangements to get back into training. Then, the pieces began to fall into place.

Her old trainer, that she started working with while at the University of Texas, ended up getting a job at Texas State University, completely unrelated to her or her mission to take on the tryouts for the Olympics. This meant her training no longer had to be via a phone call across state borders. Once she knew her art of pitching was still there and she was still capable of commanding the ball, she went all in.

“When I got back into it and started seeing the ball do what I wanted it to do,” Osterman says, “The comeback seemed a lot more real, and a lot more possible.”

As with her first Olympic appearance in 2004, when she was the youngest member on the team, Osterman hopes that if she makes it through tryouts she is able to once again help bridge two generations of softball players. Now as an older member, she sees things a little differently. Though she admits she may not be as social media-savvy as the younger Olympic hopefuls, she’s excited to see what they can learn from each other.