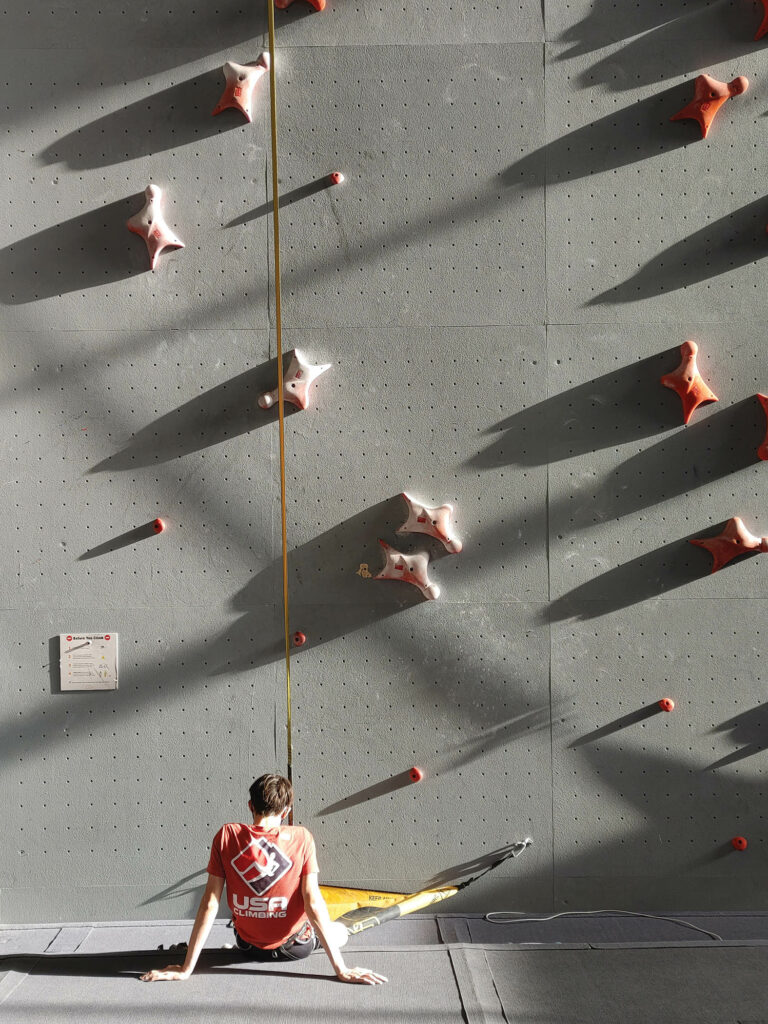 Climbing up the 15-meter-wall, the boy was neck and neck with his opponent. Grabbing onto each red hold and propelling himself up, the young climber raced to the finish line. Reaching the top, the clock struck 8.22 seconds, marking a two-second lead over his opponent and securing his victory. Sounds of applause and cheering erupted across the gym in seconds.

This would mark the moment James Roberts, a student at Westlake High School, became the U.S. Youth National Champion in speed climbing. After competing in Reno, Nevada in July of 2021, Roberts took home first place against competitors traveling from across the country.

“I was pretty ecstatic after I won the race,” Roberts says. “Everyone was cheering.”

Speed climbing, a form of indoor rock climbing, is where two athletes compete head-to-head to be the fastest to the top of a 15-meter-wall. Introduced to the Olympics in 2021, this once-niche sport is now one of the fastest-growing sports in America. 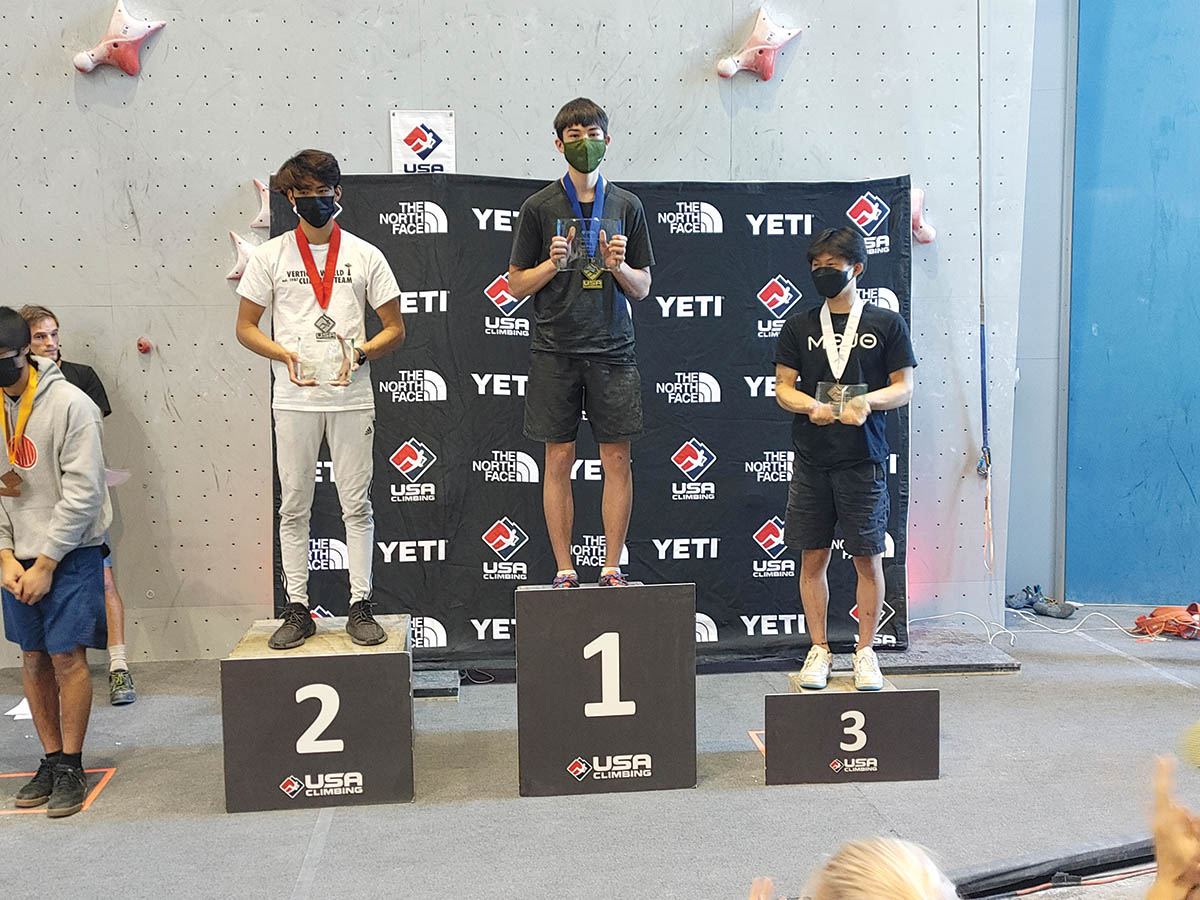 Prior to his win, Roberts had been training for five hard years to get to where he is now. His climbing career first started after a visit with his uncle, who brought him to an indoor climbing gym.

“I couldn’t make it up an easy route because I was so scared of heights,” Roberts says.

But even though he was scared, he continued to improve. Before long, Roberts fell in love with the sport and has since joined Team Texas, where he found his passion for speed rock climbing.

“I love the speed and the intense focus that (speed climbing) requires,” Roberts says. “I love the instant feedback I get when I slap the timer at the top of the wall and see my time.”

With the support of his coaches and teammates, Roberts continued to perfect his technique and improve his timing. However, training was not always easy for him. Team Texas was based in Dallas, so he did not get to work with his team as often as he would have liked. Additionally, with the closest speed climbing gym that had a 15-meter-wall located in Katy, Roberts had to find different ways to stay in shape and keep his body conditioned. 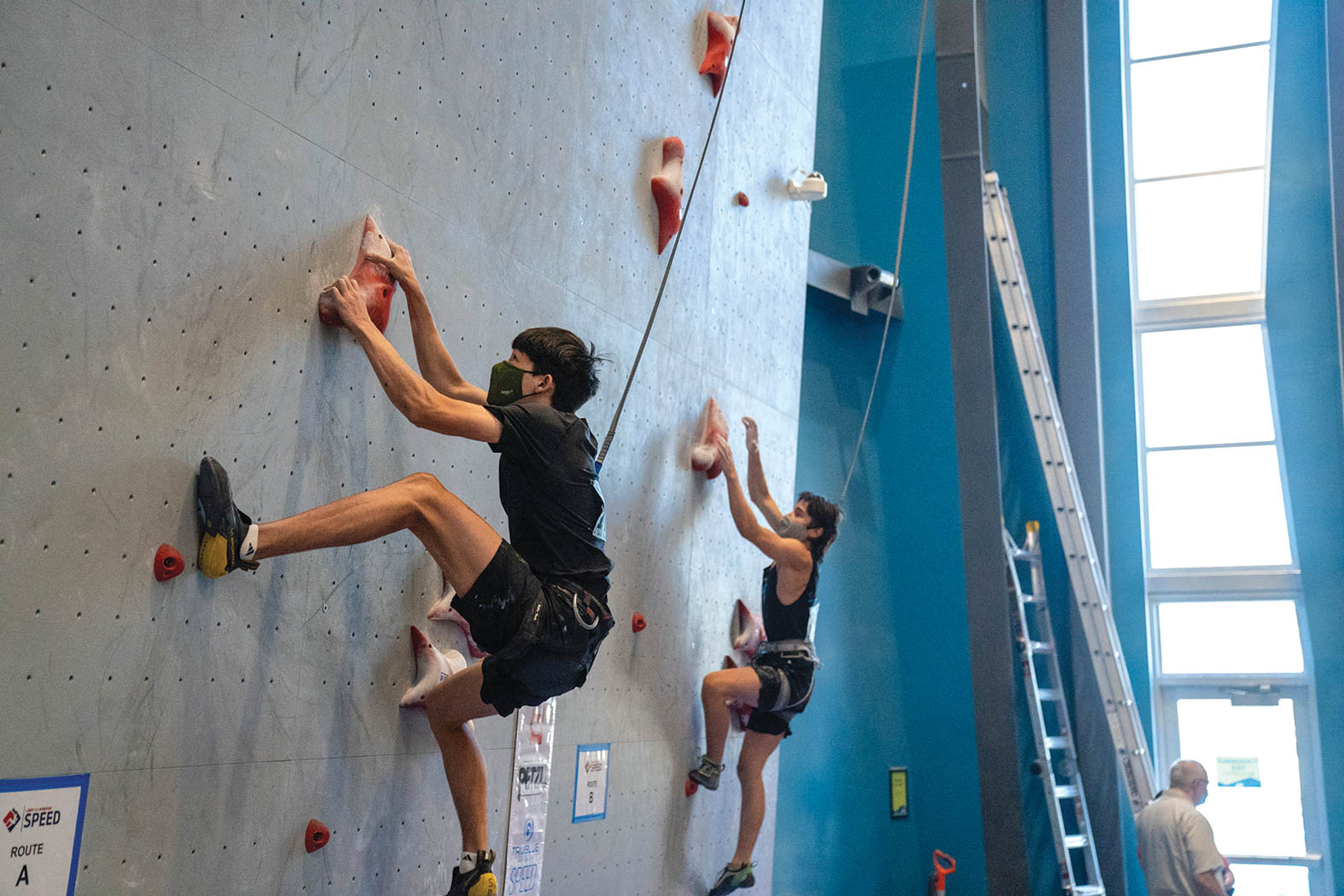 “While being home, I worked a lot on strength training,” Roberts says. “I also watched a lot of videos to analyze how I could get better.”

Due to the distance from the gym and the fact that he was still a full-time student, Roberts did not get to train on a speed wall every day. Although he could make the drive, it was unrealistic to do it consistently.

“There have been numerous times when it seemed like I should give up speed climbing,” Roberts says. “Trying to train without a speed wall in Austin was frustrating and challenging.”

Not only did this pose a challenge, but due to COVID-19, various gyms faced limited hours or even full closures, ultimately making his training even more difficult. As a result, the majority of his training took place in a garage without air conditioning at home.

Even though he faced many challenges, this did not deter his efforts. He soon realized the benefits of his situation. Although going to the gym was harder during the peak of the pandemic, he found himself having more time to train at his home gym.

“In some ways, COVID-19 kind of helped,” Roberts says. “Sometimes, during online school, I was able to go to Katy to train during the weekdays.”

Despite the many challenges he faced, all of his training and dedication paid off when the day finally came for him to compete in the final championships in 2021.

After a long couple of days of competing against other climbers, Roberts continued to win race after race. With five minutes to spare in between his prior race and the national championship, nerves started to build.

Approaching the wall, Roberts noticed the growing crowd of parents, coaches and climbers from all across the country gathering to watch his final race. Although his nerves were high, he quickly shut them out and tried to focus on his routine.

“I didn’t know my opponent that well so I went into the race hoping for the best,” Roberts says.

Although he was anxious, Roberts was even more excited. This was the moment that his five years of training and dedication would pay off.

“My mind and body work in a heightened state when I am competing super fast,” Roberts says. “Conquering 15 vertical meters in under seven seconds is incredibly exciting for me.”

Soon, a crowd full of parents, coaches and teammates would be sharing his excitement with him. After being lowered to the ground once he won, Roberts was surrounded by competitors, friends and family who wished to congratulate him.

Ever since his win in 2021, Roberts has been hard at work training to hopefully compete in the Olympics. He continues to train and compete with the support of his parents, coaches and teammates.

“I’ve learned to be grateful for everyone who’s helped me along the way,” Roberts says. “The climbing community has always been pretty supportive of newer climbers, so I’m thankful for everybody who was able to help me get to the National Championship.”