Build Your Own Footbridge 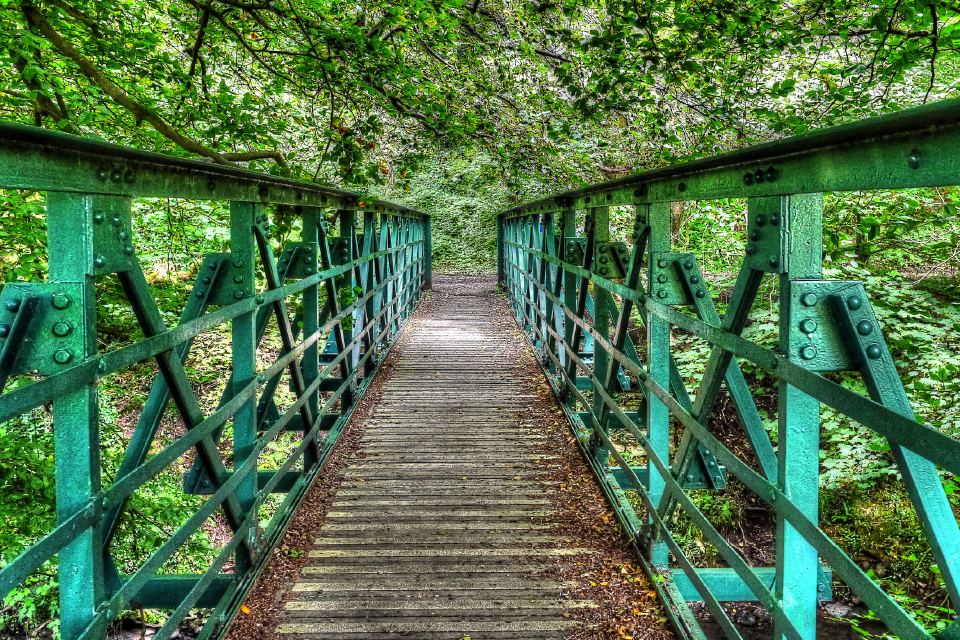 You’re out on a long hike, enjoying the beautiful weather and feeling great. There’s a skip in your step and the feeling of being fit from the outside activity is feeding those endorphins as they build within. Then you round the corner only to find the trail’s footbridge is out, ultimately putting a halt to what was a picture-perfect outing. Now left with the decision of what to do, how do you proceed knowing that the ultimate goal for that hike was to make it to a final destination? Do you give up and turn around? Do you get your shoes and feet wet by jumping in the water and crossing right there? Do you look for a fallen tree or rocks that would facilitate a well-balanced and carefully executed crossing? Maybe head downstream a few yards to see if there’s a more narrow area that can be easily crossed without problems or saturated footwear? Do you give up, or do you look for an alternative answer to the problem at hand?

This scenario is a similar example of what the vast majority of people experience as they head into the running season. Athletes start training months ahead for what will ultimately be a culminating season goal (like a marathon or half marathon). Initially, they find their groove, handling the mileage and workouts beautifully, all while building strength and fitness along the way. Then inevitably it hits, and they come around a corner to find the proverbial footbridge out—be it from an injury, a work issue, family obligations, or basically anything that throws a reason at them to quit. However, with some positive and creative help, a runner can still reach that ultimate goal and accomplish what they initially set out to do.

Let’s take the most common reason why runners end up cutting training plans and seasons short: injury. The majority of running injuries are impact-related. The act of running itself is the most high-impact exercise that an athlete can do for an extended period of time. Along with that impact force comes the propensity for structural and soft tissue injuries. Examples of these kinds of injuries consist of iliotibial band syndrome (ITBS), shin splints, stress fractures, bone structural displacement, strained muscles, torn muscles, etc. All of these are potential season-ending hiccups that can create a hazard in what was supposed to have been a fluid and flawless training plan plus race schedule.

Instead of throwing in the towel because of a new injury, seek out alternative ways to sustain and build on the current banked fitness gains. One of the best non-impact ways to continue run training—and it happens to be affordable and accessible—is water running.  All that is needed is a small stretch of a deep-water pool or body of open water, and a water running belt. This activity maintains and even builds on the strength already developed from any previous land running, and can even be used as a great recovery run workout during non-injury times.

Another curve ball often seen by individuals consists of work or family conflicts. The scenario where career or family obligations wipe out the late-day run workout plays out all too often. There is always an intention to hit those track intervals after work, but priorities come calling and when that happens, the workout always loses. The best way to avoid having this become an issue is to get key run workouts taken care of early. Logging those focus run workouts before the rest of the day takes hold of the schedule is one of the only ways to guarantee it gets done. By no means does every run workout need to happen when the morning paper is being delivered; if an easy workout doesn’t happen, it’s not missed like a key workout. Plus, those focus workouts typically consist of quality work, which means they are likely to be shorter and more intense then easier aerobic workouts. Typically completed in an hour or less, a short warm-up combined with hard fast repeats and an easy cool-down can be knocked out before the rest of the day comes calling.

The last familiar and potential factor that can derail a runner’s season is mental burnout. Athletes get fired up months and months out from a race in which they hope to PR, and they can often start focused training much too early. Eventually, they are so burned out from following a training schedule and making sacrifices to ensure that training plan is followed, they end up not finishing out the plan or ultimately racing at a subpar level. Experience and history have shown that a focused training build lasting more than 16 weeks opens up an opportunity for overtraining to become an issue. This doesn’t mean that training or workouts don’t start before that—it means the actual training plan building up to a key event should stay within that 16-week window. Advanced athletes can even knock that down to 12 weeks if the proper mileage required during the start of the build can be seamlessly meshed into their solid fitness base. A good experienced coach will be able to provide guidance on these parameters and help facilitate a proper training schedule that allows for growth and eliminates the potential for any burnout.

As the run season approaches and athletes start down the path toward their goals, it’s important to recognize that there is a pretty good chance a footbridge is going to be out on the trail. The choices made on how to best navigate the obstacle will ultimately be reflected in the success or failure of attaining the season’s objective. With a little re-routing and initiative, there is no reason to abandon the trail and every possibility of ultimately reaching that final destination.

The Cap10K, According to Race Ambassadors
December 13, 2022
Running Seven Marathons in Seven Days For Multiple Sclerosis
October 1, 2022
My Experience Running a Marathon Without Training
October 1, 2022