It is 6 a.m. near Lady Bird Lake, and the faint smell of sunscreen slowly fills the air. The University of Texas Rowing team is no stranger to an early morning workout, especially during the spring. Once 9:30 a.m. comes around, the team will be done with their first workout and onto their academic responsibilities.

The University of Texas at Austin is commonly known for its outstanding achievements in academia and sports, specifically football. However, the university and athletes are looking to expand the narrative. With 18 Division 1 varsity teams, you do not have to look far to find teams, athletes or coaches with notable accolades. Currently, the team leading the charge for change is the women’s rowing team.

The team has taken the Longhorns’ legacy into their own hands and is more than qualified to take it to a whole new level, especially as they come off a national championship win. However, the successes are not without sacrifices, as the crew’s rigorous schedule puts their drive and skill to the test each day.

The Intuition of a Head Coach 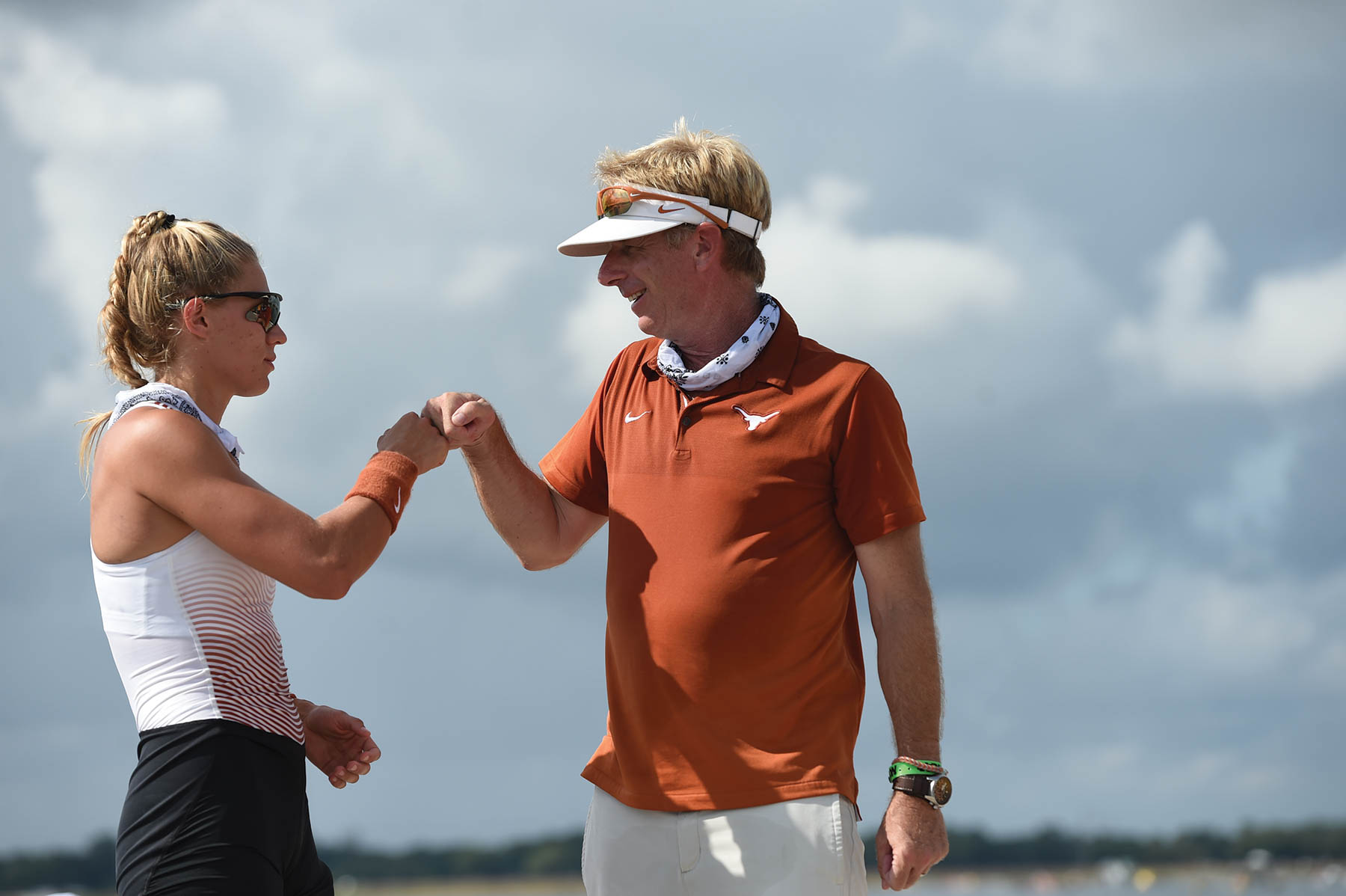 Since his arrival six seasons ago, head coach Dave O’Neill has impacted the team by putting them on the championship map. Keeping the momentum from last year’s victory, the team keeps its head up and strives not to look back, only ahead.

While discussing their preparation, O’Neill points out that new freshman players and continuing student-athletes should focus on aerobic endurance athletic conditioning and core stability.

“The summer before they arrive, fitness should be a priority,” O’Neill states.

O’Neill suggests that the summer before joining the team, athletes should spend 45 to 75 minutes in aerobic conditions, such as running or riding a bike. They must also have strong core stability so they can hold a good plank position for three minutes when they arrive at their first practice of the season.

Rowing, according to O’Neill, is more than just a sport for prestigious colleges or a showcase for athleticism.

“Rowing can change the world,” O’Neill says. “The lessons you learn in the pursuit of excellence… it’s the day-to-day process that makes the best Texas teammates.”

They may have the fame of the UT brand looming but the team and its efforts are bigger than just the university; together, as one unit, the team encompasses Austin and Texas as a state.

“We’re here to help Texas become a rowing team, not only for UT but for Texas,” O’Neill says.

Senior Kaitlin Knifton wakes up at 5:30 a.m. every day to join her teammates on Lady Bird Lake for their three-hour morning workout. The remainder of her day is filled with school work until she steps into the weight room for their afternoon, dry land practice.

Knifton mentions time management and prioritizing sleep are integral to her routine as a student-athlete.

“The spring season is super important for recovery and getting ready for bed early,” Knifton mentions as part of her training routine.

There are moments, she says, when being on the rowing team may take a toll on students, especially with the early mornings, land training and school. However, Knifton notes that her teammates are the best part of being on the team.

“No team sport is like rowing; we have to trust that everyone is going their hardest and giving it their all,” Knifton says. “It is the ultimate team sport.”

Sue Holderness, a freshman at UT, enjoys each practice and doesn’t mind getting up early. She’s learned to push herself, accept failure, and rely on the bonds she’s formed with teammates. Both she and Knifton note that the biggest misconception of rowing is that it’s not an arm sport but a leg sport.

“It’s all about the quads,” Holderness says. “Legs are the main source of power.”

Knifton’s veteran status allows her to view rowing not as a power sport but as a technical sport. She highlights how rowing is not a sport that requires athletes to start from a young age but goes on to detail how developing a strong, good technique is essential.

“It’s a pushing sport,” Knifton emphasizes. “It’s about getting as much power (as we can) from our legs.”

Both student-athletes note that the university takes pride in its athletic department. As a result, they are given priority in class registration and helped by personal trainers, nutritionists and chiropractors to help ease the pain of being an athlete in a demanding sport.

Rowing is not a sport that many people associate with UT, much less when it comes to the Texas Longhorns. Still, Coach O’Neill and the reigning NCAA Championship team have made a name for themselves and left a legacy to share with Austin and the state of Texas.

A Q&A with Pro-Wakeboarder JB O’Neill