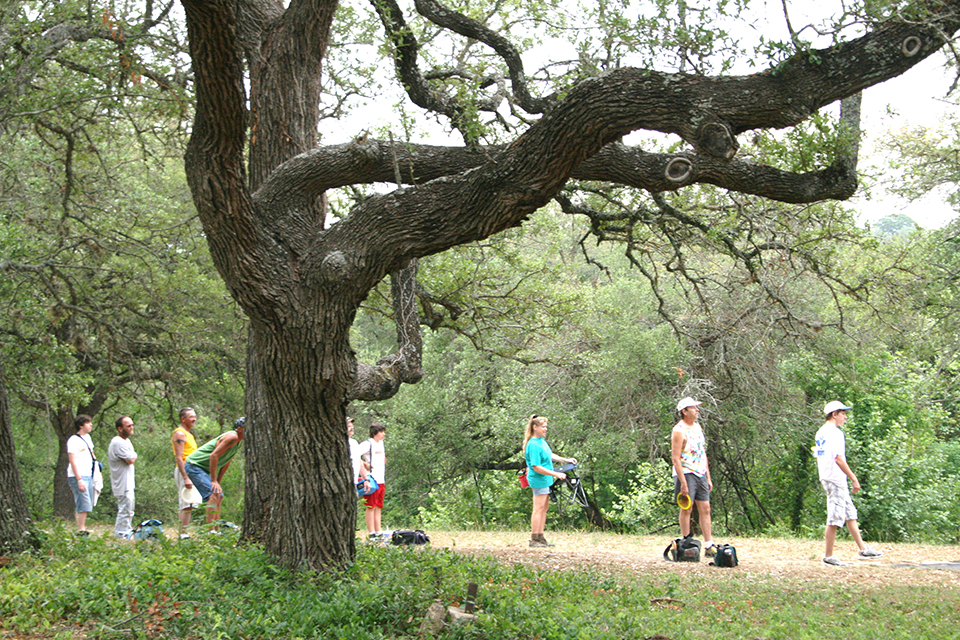 People in Austin are always looking for an excuse to try new things. Whether it’s a new restaurant, a new park, or a new store, people like to keep things different and keep things weird.

Why not try a new sport?

On the weekend of May 5-6, Zilker Park will be hosting Austin’s 22nd annual World’s Biggest Disc Golf Weekend, a world-wide event where people gather in their individual cities to play the sport. The event’s founder, John Houck, is somewhat of a legend in the disc golf community. He is a two-time World Champion in the freestyle and was elected into the Disc Golf Hall of Fame in 1998. Houck is also known as one of the greatest course designers in the world, developing 90 courses in the U.S. and Canada, including 12 courses for the Professional Disc Golf Association World and National Championships.

Houck created the event in 1991 and it was held at Zilker Park, the first course that he ever designed back in 1987. Houck said that after the first nine holes were put in, a worker at the park told him it was “the best $5,000 we’ve ever spent.” Since then he has gone on to develop 11 more courses in Austin and three in Round Rock.

The two-day event will feature different activities on each day. On Saturday everyone is invited out to Houck’s disc golf ranch in Wimberley, Texas, where there will be live music and a barbeque lunch. The day for disc golf activities will be on Sunday at Zilker, where people can come out and celebrate the sport of disc golf. However, this is not a tournament for all of the competitive golfers out there. Instead, it’s an opportunity to enjoy the camaraderie with fellow athletes and for those who are unfamiliar with the sport to come and learn more about it.

“The main thing is that we want everyone to come out and enjoy disc golf,” Houck said. “That’s really what the event was created for and to spread awareness about disc golf and what a good thing it is for the general public.”

The event is bigger than you might think. It started with just 368 people at Zilker in its first year, but at its peak it had 18,000 people in nine countries across the globe. It is known as the fastest growing sport in the world because of its broad appeal to all types of people.

“It’s easy to play, it’s inexpensive, it’s fun, and it’s an activity that appeals to people of all ages,” said Dee Houck, John’s wife and the Chair of the event. “It’s a great way to be with your family and friends.”

The weekend serves as a fundraiser for the Council on At-Risk Youth, a charity that promotes safe schools and safe communities. Money that is raised will also go back to the community for promotion and development of disc golf.

Texas has become a hotbed for disc golf players over the last few years. With over 180 courses, it’s the biggest state for disc golf and central Texas has more players and courses than anywhere else in the world. It’s a great environment and a great opportunity to learn about a fun new sport.

“What’s really gratifying for me is I’ve had so many people over the last 20-plus years say ‘I didn’t know what disc golf was and I learned about it at the World’s Biggest Disc Golf Weekend,’” said Houck, reflecting. “It’s important to me that we’re getting new people into disc golf and it’s important to me that people use the weekend as a time to get together and celebrate disc golf.”

To learn more about Disc Golf check out our web exlusive: Disc Golf 101