The Cost of Lost Creek 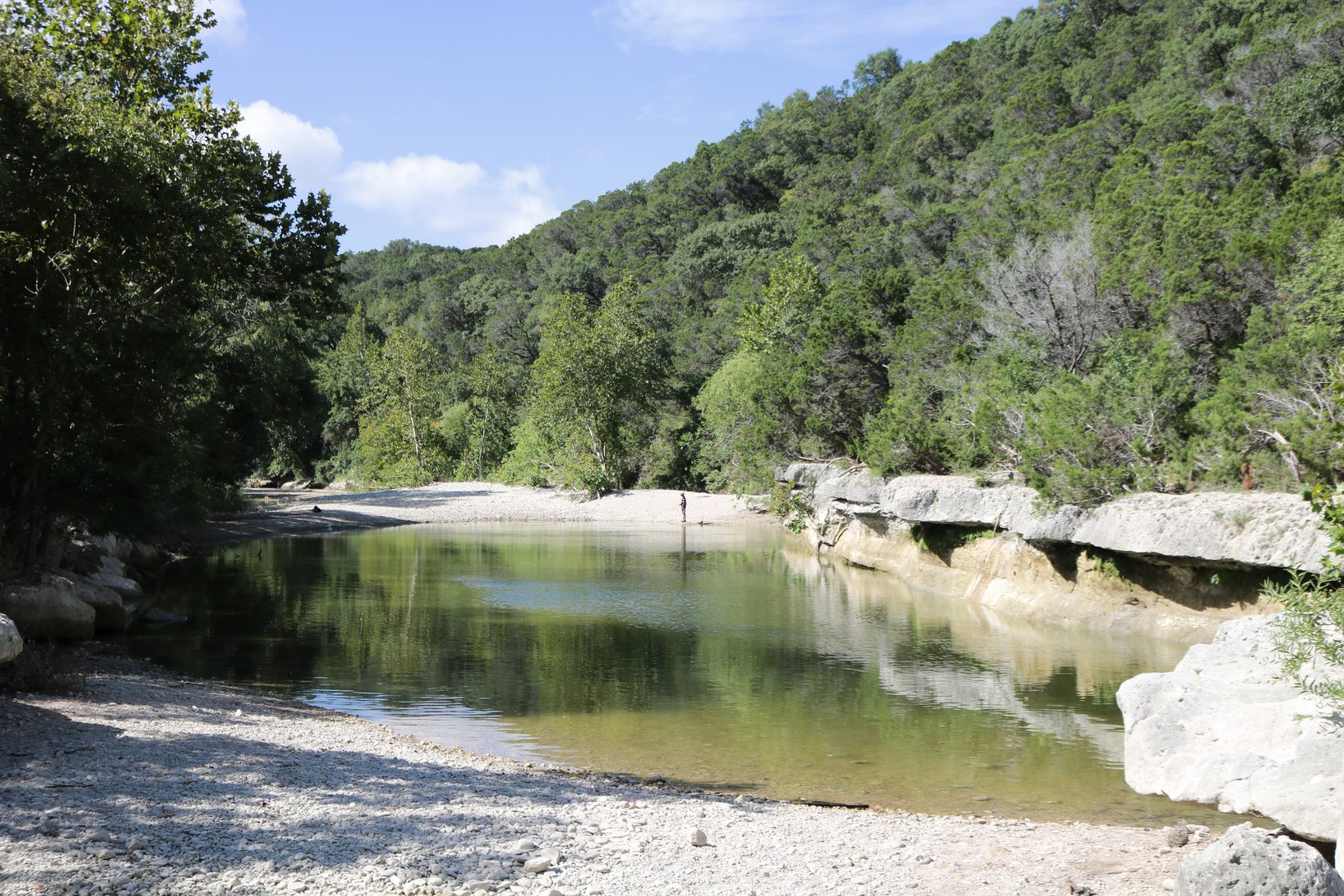 As summer is in full swing, many Austinites are packing up and heading down to the beloved Greenbelt — a long tradition here in Austin, Texas. The luscious leaves shading the trails that wind alongside the water creates an oasis for locals and visitors during the hot summer months.

With about seven miles of trail and seven Austin Parks & Recreation official entrances, the Greenbelt includes limestone walls perfect for rock climbing, terrain for mountain biking, trails for hiking and swimming holes for a dipping and lounging. It’s no wonder that people flock to get their fair share of outdoor fun here.

But because of the influx of seasonal visitors, the upkeep of the trail has taken a toll on the volunteers and park-goers alike. In response to the growing demand of the natural amenities, Lost Creek Limited District has now voted in favor of a non-resident user fee pilot project.

Lost Creek Limited District is a resident-run body that manages the funds and maintenance related to the Lost Creek neighborhood — which sits just north of Barton Creek — and its public park.

“This spring, a record number of park users during an expanded range of days has resulted in complaints of public drunkenness, litter, dog attacks and unsanitary practices, among others,” the Limited District states via press release. “The District has also received complaints that these issues crowd out some types of park users.”

The press release outlines that the user fee pilot project will charge non-Lost Creek residents a standard fee of $10 per person over the age of 12 and $5 per dog. The collection of fees is done by attendants during peak hours from May 29 through August 2. However, the hours of fee collection are subject to change without notice.

“The fees are intended to help fund costs related to increased security patrols, trash pickup and other resources needed to manage safety for all park users and protect the delicate Barton Creek watershed,” states the press release.

Although some users have expressed their worries about the fee on social media, this is not the first Limited District to charge access to a public park.

Shortly after the project started, Texas Parks & Wildlife told the River Place Limited District that they could not charge the fee, because the creation of their park and trails had been funded by TPW grants, and TPW found the fee unreasonable.

In the case of the River Place fee project, the project raised more than $35,000 in a short time — but the project itself costs only a little less than that to fund.

It’s not uncommon for public parks to charge an entrance fee in order to maintain the park and pay those who help protect and patrol the area. Emma Long Metropolitan Park is an Austin city park that charges for entrance, as do many other state-run parks.

However, there is concern that this is the only Greenbelt access point that charges an entrance fee. Per press release, Lost Creek Limited District asks those who simply want to access the Greenbelt to use one of the city-managed entrances instead.

Although Lost Creek Limited District entrance to the Greenbelt is not under the management of the Austin Parks & Recreation Department, park rangers do visit the site and partner with APD when ticket-writing is necessary, but the fee project will be carried out by Limited District hired attendants and security.

“The District will monitor park conditions during the pilot period and reevaluate the user fees later in the summer,” the press release says. “The District’s goal is to ensure the safety and long-term sustainability of each of its parks.”

The sustainability of Austin’s outdoor attractions is a goal that everyone should be striving for, considering the erosion and pollution that irresponsible use can bring about.

As the Austin Parks & Recreation Department’s park rangers make their rounds on the Greenbelt, they often stop to educate visitors that may not be following the rules and guidelines for the trail, such as dogs off leashes or glass bottles.

“Education is our main goal,” Ross says. “We want the Greenbelt to be around for a long, long time. So, it’s important that our community uses the park knowing that it’s a shared resource.”

With the Austin’s Parks & Recreation Department working hard to keep their seven entrances clean and ready for the summer, it’s important that all community members follow park rules and guidelines of conservation.

“Human impact on the Greenbelt is undeniable,” park ranger program manager LeAnn Ishcomer says. “It changes the experience and landscape, often for the worse.”

Both Ross and Ishcomer recommend that park visitors familiarize themselves with the Leave No Trace Principles. This way, generations will be able to utilize the city’s beautiful landscape for ages to come.

The Emotion of Motion