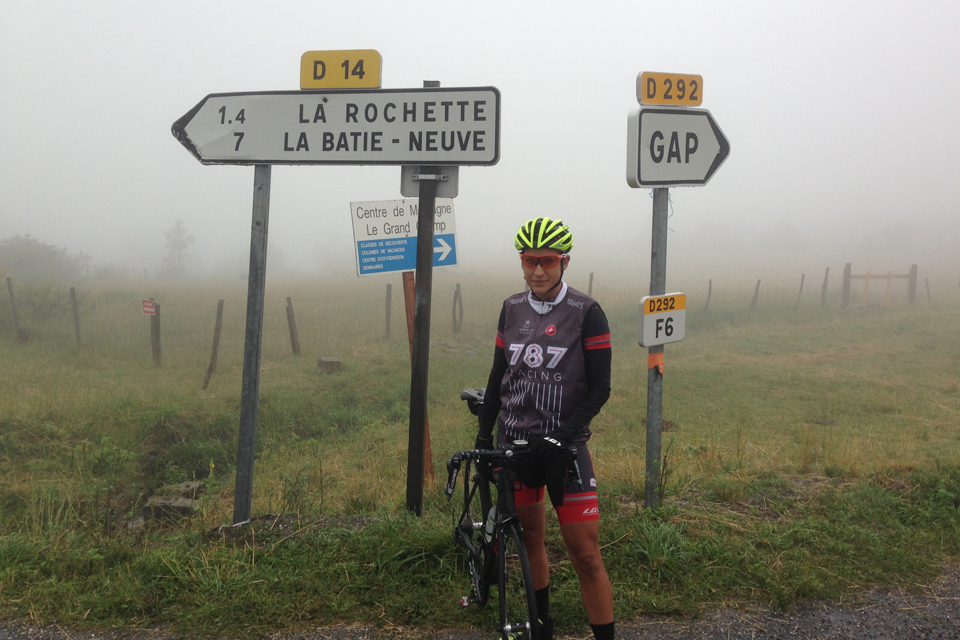 Last night we spoke with the Devenir Gendarme, or French police who were in charge of managing reporters during the Tour.   They told us that the roads up Alpe-d’Huez were closed and have been closed for five days, and the only way to get there to spectate was by bike.  Not surprising, however, we would need to get there before the caravan arrived at 1 p.m., and, once on the mountain, we would have to stay until the riders and caravans descended around 8 p.m.  Police said to expect 700,000 to a million people on the mountain, many of whom had been camping out there since the roads were blocked.

I am not a huge fan of crowds, and the idea of being stuck up there for seven hours with no bathrooms and with rain in the forecast was not appealing.  We opted to stay in and watch the tour from the comfort of our hotel in Gap.  To rub salt into the wound, the plans we had to ride 100 miles today was rained out; the thought of descending in cold, slippery conditions was the real problem for me.  We made an attempt to do a shorter, 60 miles; however, temperatures dropped dramatically and we had to call it a day.

All was not lost today; we soaked in some of the area’s culture by visiting Gap’s square, eating at the farmer’s market, and even hitching a ride (again) with a nice family and their dog, from La Rochette. Most people here speak just enough English to engage in a confusing conversation.  The husband asked many questions about Lance Armstrong and what Austin’s view was on the doping scandal.  He also boasted about the French victory today in Stage 18.

C. Riblon (ALM) attacked American Tejay Van Garderan (BMC) at 2K to go up the final ascent to get the first stage win for France.  General Classification contenders Froome (SKY), Contador (SAXO), and Quintana (Movistar)—among a few others—made one last attempt to break away from the main peloton; however, Froome appeared to bonk (run out of energy) on the final ascent and lost GC time.  Quintana hung on and attacked Contador to take third.

The nine miles, 21 hairpin turns, and 8 percent average grade historical climb up Alp-d’Huez is said to change a person.  Keep your fingers crossed that it won’t rain and I will FINALLY be able to ride my 100 miles in the Alps tomorrow.  I will keep you updated; till then, adieu!