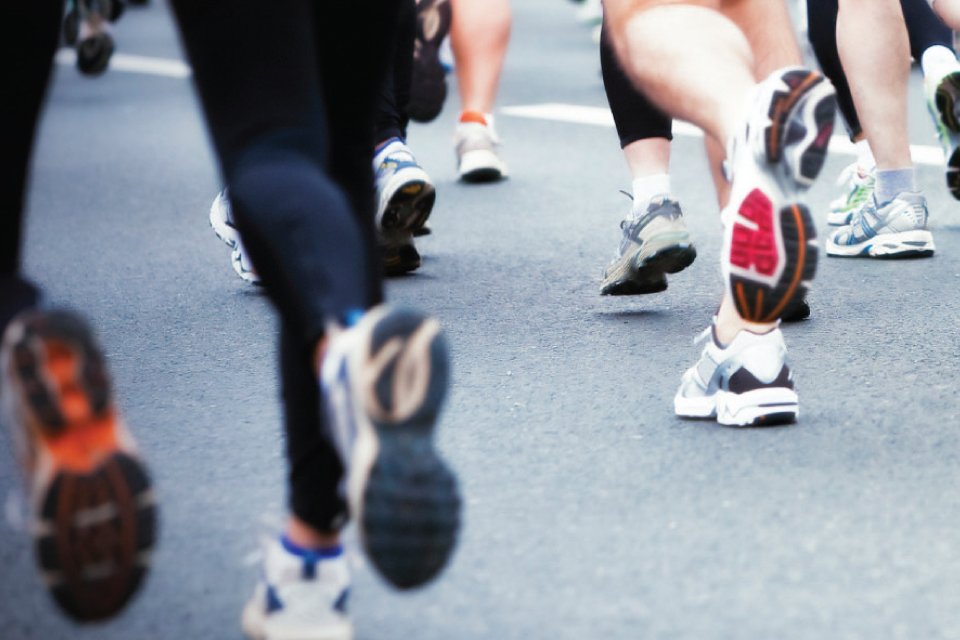 When folks running the Rogue Distance Festival poked their heads outside early Sunday morning, they were shocked by the unexpected balmy 58 degrees and calm conditions. What cold front? But by the time the 1,100 runners reached the starting line, they knew all too well about the predicted cold front sweeping down from the north. Temperatures had plunged about 20 degrees in less than an hour, and the howling north wind forced the field to huddle up in a futile attempt to stay warm. Assuming the lead right from the start was Erik Stanley, who is well on his way to winning the 2013–14 Austin Fit Magazine Distance Challenge. Stanley, the former University of Texas All- American, won the IBM Uptown Classic 10K and the Decker Challenge Half Marathon and was third at the Run for the Water 10-Miler to put him comfortably in front. It took Stanley nearly six miles into the cold wind before he was able to warm up, maintaining the throttle between 5:30 and 5:40 per mile pace before cruising the next six miles between 5:10-5:15 for an easy victory in the Rogue 30K. University of North Texas cross country coach Stefanie Slekis bested the women’s division, clocking what she referred to as somewhat of a disappointing 2:02:18. “I was hoping for a faster time this morning,” said Slekis, a 25-year-old who was an All-BIG EAST performer at Syracuse University. “The cold wind in the first six miles really took a lot out of me, and it took me awhile to get going and settle into a 6:15 per mile rhythm.” The 3M Half Marathon was next (Jan. 19), and will be followed by the final race in the series—the Austin Marathon and Half Marathon on Feb. 16.

#PassMeChallenge Recap: 3M Half Marathon Reminds Runners How Great a Race Can Be

Where to Play Golf in Austin