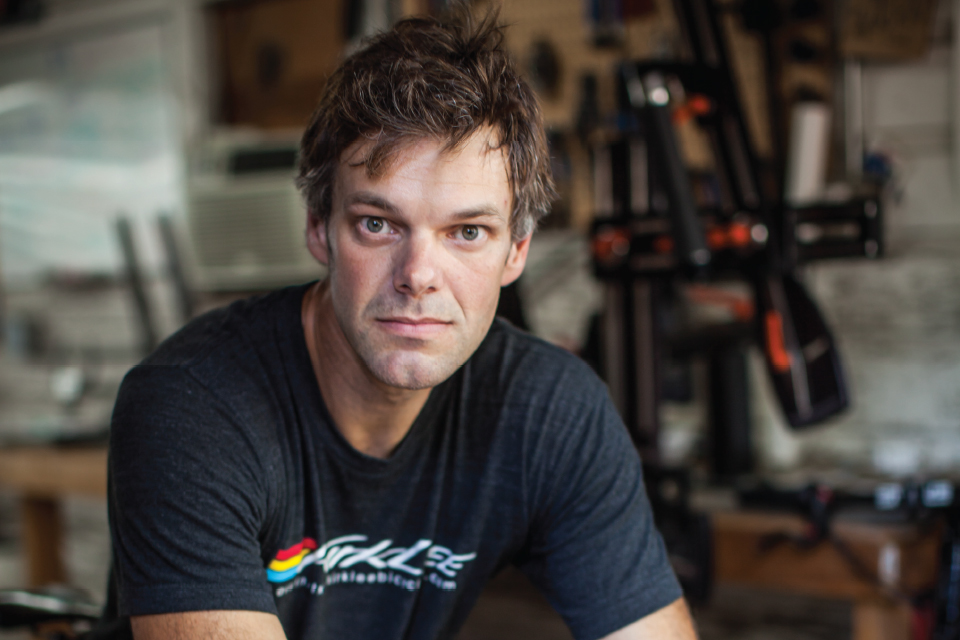 So many of us have thoughts and opinions about how to make things in our lives better, but how many of us have the creativity, ingenuity and, dare I say, cajones, to actually do it? Not many, but fortunately for cycling fans around the world, there is one guy who does, and we're lucky enough to have him based right here in Austin.

About 13 years ago, Brad Cason finished his undergraduate degree in industrial distribution at Texas A&M University, packed his belongings and headed west to start a new chapter in Southern California. Upon his arrival, he quickly noticed that everyone around him had a bicycle.

“I love riding, and I just kept feeling like I could build my own bike,” he remembers. “I started researching how to build carbon bikes on the Internet, and there was a guy named Damon Rinard who had a rudimentary website about the steps he took to build his own carbon bike.”

Cason used that site as a reference, found a company that would sell him carbon tubes and then built his own cycling jig to hold the frame in place. Shortly after, Cason had built his first custom bike.

Although building bikes was certainly a hobby and a passion, it wouldn’t pay the bills, so Cason moved back to Texas and enrolled in graduate school at Texas A&M to receive his MBA. After graduation, he took a job with Hilte Tools, which then relocated him to Las Vegas. A gamble and some good luck paid off for Cason, but not in the traditional Las Vegas way.

“I was riding one day and met this guy on the bike trail named John McGuire who was a carbon engineer for Easton Sports,” he recalls. “He also happened to work with the likes of professional cyclists, Floyd Landis and Tyler Hamilton. It just so happened that my lease was expiring and he had a spare room, so I ended up moving in with him so that we could build bikes together.”

How’s that for being at the right place at the right time? Easton agreed to make tubes in their research and development department, and we would build bikes using their tubes. The duo planned to design and assemble products for a year and then begin selling them to the public, which would commercialize carbon frame building.

“Heck, we had no idea we were on the cusp of new technology,” he says. “We were just having fun!”

Like many ventures that sound too good to be true, the Easton project came to an end due to major company restructuring. Determined to bring these bikes to life, the duo learned how to make their own tubes. Recognizing the situation as an opportunity to begin a new career, McGuire and Cason decided to build custom bikes full time and, in 2008, KirkLee Bicycles (the middle names of Brad and John) was officially born. Cason moved back to Austin, married his long-time girlfriend and settled into their home and custom bike shop in Central Austin. 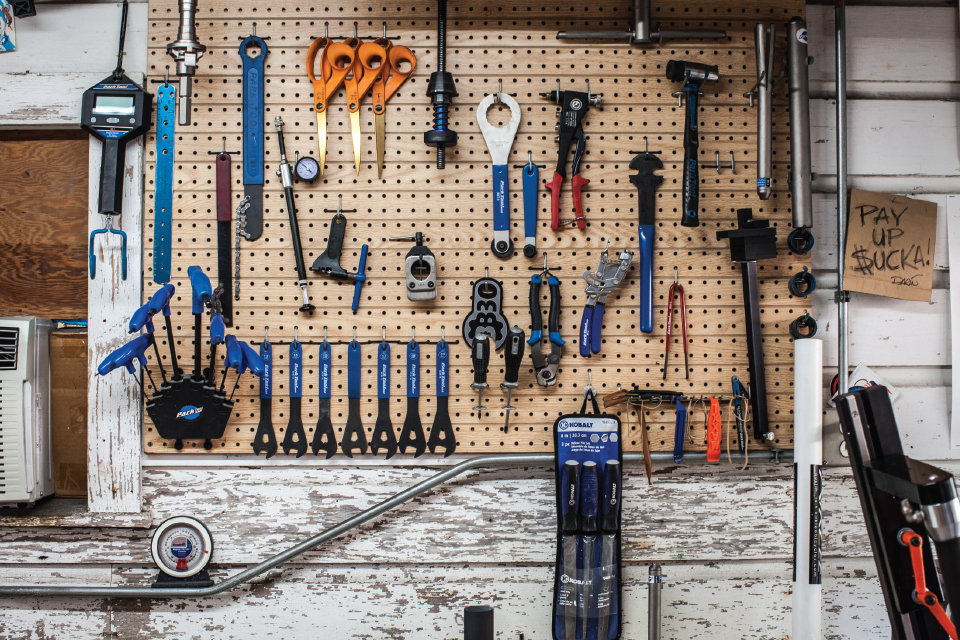 This is where we caught up with Brad on a warm July afternoon. His passion and love for bikes was obvious in every design, detail, story and description he gave us that afternoon. Naturally, we asked several questions as any bike-loving interviewer would:

Why is having an Austin-based company important to you?
Austin is so well-known as a cycling city. I even got “Austin, Texas” written on my shirts because I think it's that important. I remember thinking how cool it was that Moots Bike Company was based out of Steamboat Springs, Colorado. If you ever visited the town, [you’d want] to go by the factory. Austin definitely has the same vibe, and I've had guys from as far away as China want to visit [the city] and come see my shop just because it sounded so cool to them.

Did you ever want to build in volume and be featured in retail shops?
I definitely think every shop in the world needs a KirkLee, but the business model of mass production doesn't work for full-custom design. At one point, I was in some retail, but people would come in, look at my bike and invariably get sold on a stock bike that the shop needed to move in order to make room for next year's models. Big companies are making some great mass production bikes, but I have my niche that works well for me. I don't need to own the world I just need to be the best custom carbon builder I can be.

Is there a style that's your favorite to build?
I build mostly custom road bikes, but my favorite style to build are mountain bikes because they're fun and different. We use lefty forks, full carbon, and disc brake sets, which make them extremely light and fast. KirkLee mountain bikes definitely get attention on the trails because they look so unique.

How many bikes can you work on at a time, and what is the turnaround time?
Because of the details and customer relations side of the business, I try to stay around three bikes at a time, and it usually takes about six to eight months from start to finish.
Most of my clients are collectors—cyclists that are repeat buyers because they love [bicycles] so much. For instance, I have a guy in Indonesia who orders one every year so that he can take it to the Tour de France. He even has me name them according to the mountain stage he's going to ride.

Why is a custom-made bike so special?
Once you get a custom-made bike, you almost never go back to a standard stock because you know this bike was made just for you from the geometry, to the paint job, to the components that are used. My bikes garner attention on the road because each paint job is unique, even exotic. Deciding who is going to build your bike is almost like dating. You spend a long time communicating during the process, so you have to have a good rapport. I definitely get to know my customers even if I never meet them because we talk so often. Plus, through my custom builds, I've made so many friends all over the world. When I travel, they invite me to dinner and into their homes. Some of my customers even sent new baby clothes when my daughter was born. You don't get that type of relationship with [most] jobs.

My friend, cyclist, and attorney, Brad Houston, said it best when he [told me], “I have a lot of suits in my closet, but the ones I love and wear the most are the ones I had custom-made.”  That's how I want people to feel about their KirkLee Bike. [My customers] know they are getting something special because it was made just for them.

Survive the Festival Season Without Sacrifice