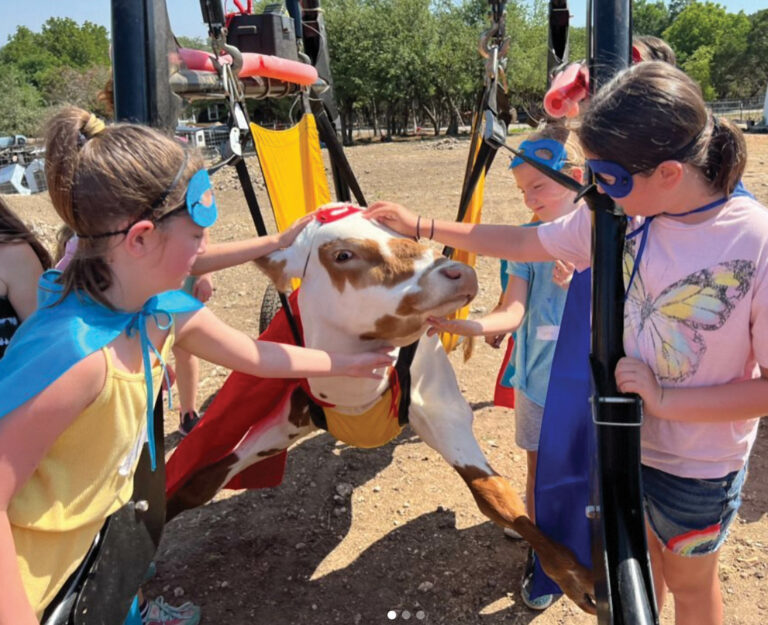 According to a study on autism and developmental disabilities, children with physical disabilities or special needs benefit greatly from interactions with animals. In fact, animal-assisted intervention is used in these spaces, serving as a source of non-judgemental social interaction.

While there are many places that provide animal-assisted therapy and interactions, Safe in Austin Rescue Ranch is a nonprofit that stands out among the rest for its dedication to both humans and animals who have special needs. This sanctuary rescues animals that have been abused, severely neglected or have special needs and invites families with similar stories to tour the facility and spend time with the animals.

Jamie Wallace-Griner, the founder of Safe in Austin, says she started the nonprofit after she and her family took in a dog named Angel. With unconditional love, Angel transformed the life of Wallace-Griner’s son, who has autism.

“(Angel) provided protection from (my son’s) fears,” Wallace-Griner writes on the ranch’s website. “She was a friend to cuddle through the tears, and she gave him newfound confidence. Most importantly, (my son) now had power over his disabilities.”

In 2014, Wallace-Griner purchased a run-down ranch in Leander, which kickstarted renovations for this safe haven. The ranch has since met with thousands of families and taken in hundreds of animals.

Wallace-Griner’s favorite moments are seeing interactions between children and animals who have similar disabilities, like blind animals with blind children or deaf animals signing with deaf children. She calls these attributes an animal or child’s “superpower.” Wallace-Griner says the heart behind Safe in Austin is to not judge a book by its cover but to look with your heart rather than your eyes.

“You see strength, hope and so much more than an animal with some hard story,” Wallace-Griner says. “It’s important to children and adults who have that same concept. They don’t want pity; they want friendship.”

Wallace-Griner’s “superpower” concept originates from Champion the Cow, an adult quadriplegic cow with no use of his limbs. She often tells the kids who visit him that Champion is the only full-grown cow that gets to fly because of his lack of mobility — his greatest superpower!

Families who connect with the ranch typically request a free tour first where Wallace-Griner asks them about the child’s disability or needs. She then matches the child with animals that struggle with similar things. All visits to the ranch are by appointment only, but they do host public days regularly so everyone can enjoy the ranch. 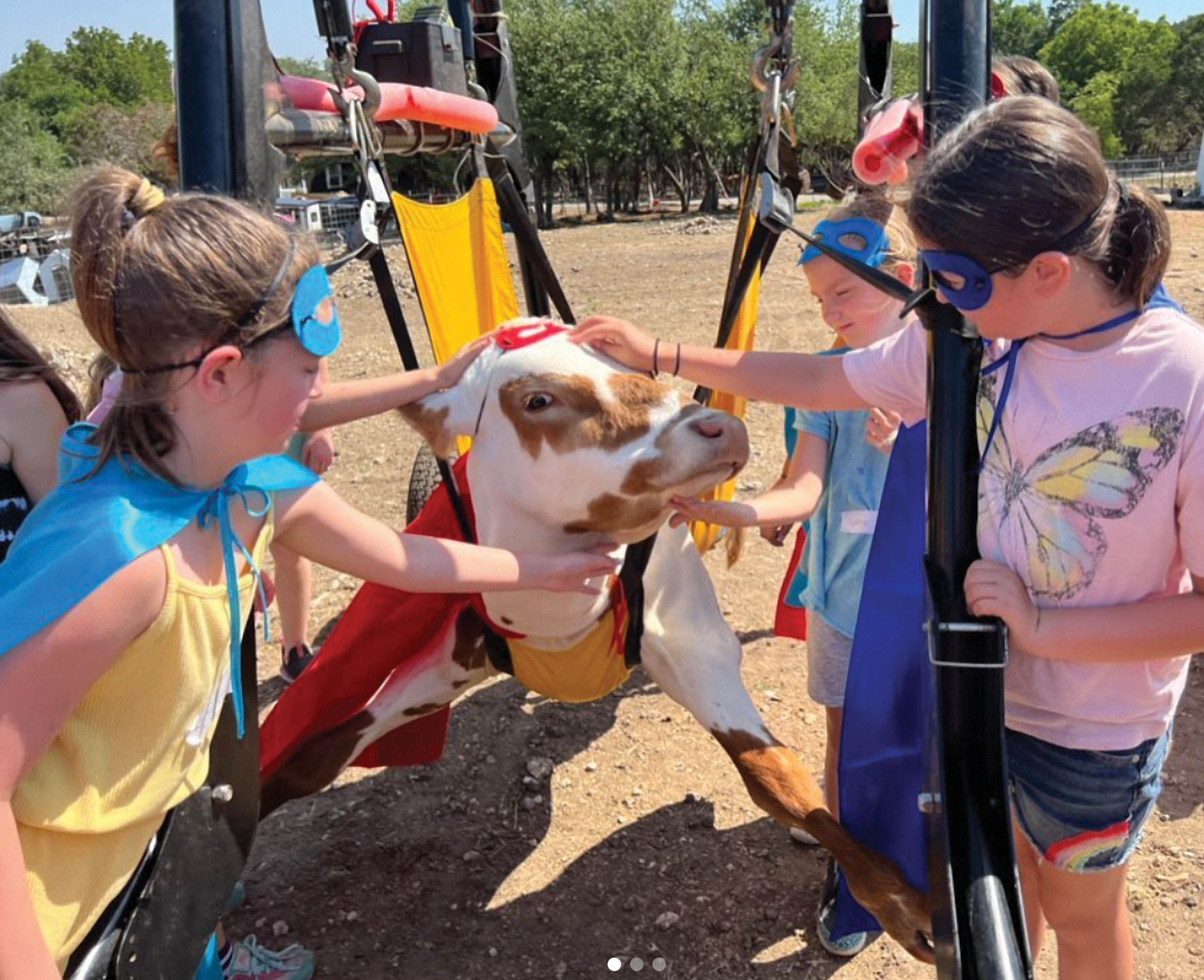 Photo courtesy of Safe in Austin

With many animal residents, most of their veterinary and food expenses are funded through animal sponsorships, which are purely donation-based and can be done through PayPal on their website. The community also supports Safe in Austin by donating essential supplies or joining the volunteer program, which Wallace-Griner is currently building. Right now, only Wallace-Griner, her mother and two friends run ranch operations.

“It’s tricky because (it’s) not a dog shelter where you can teach (volunteers) about dogs and it stays the same all the time,” Wallace-Griner says. “I have 18 different species of animals that you have to learn about first, and then I take it a whole step forward with all of my animals having significant special needs of some sort.”

Aside from the volunteer programs, Safe in Austin hosts multiple other programs including Healing Hearts, Reboot at the Rescue and Sunset Society. Each program is unique in its activities and participants, but all have the same goal of community and healing.

Healing Hearts is a flagship program that’s a free, privately guided tour through the Rescue Ranch with Wallace-Griner. After the tour, many participants funnel into the Healing Hearts Animal Care program, where children learn to care for these animals and build relationships on the ranch. Reboot at the Rescue is a monthly event hosted at the ranch for specific age groups to socialize and bring inspiration to one another. All ages and abilities are welcome and have the opportunity to have a more intimate experience on the ranch. Another program is the Sunset Society, which is a program on Monday nights for older, at-risk children around Austin. Children are fed dinner and are allowed to do homework, sleep or simply relax.

Wallace-Griner says there is power in the relationship and responsibility that Safe in Austin offers to children with special needs.

“We take people (who) are used to being the ones (who) are having to be cared for and we turn them into the caretaker,” Wallace-Griner says. “They’re helping animals that have stories just like them, so it’s almost like they’re helping themselves. There’s something powerful about going from the one that needs to be taken care of to the one that’s taking care of others.”