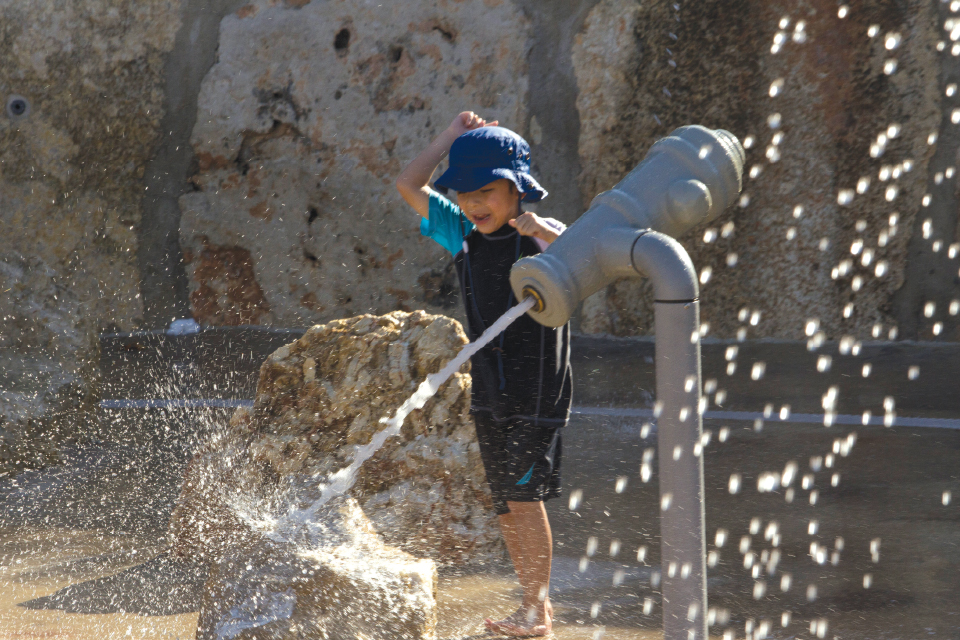 The Williamson County Regional Park is one of the newest parks in the greater Austin area. The park has a wide variety of activities including football and baseball fields and basketball and tennis courts. Even with all of the amenities currently in place, only about 100 of the park’s 800 acres have been developed.

The park is wrapped around by two trails totaling four miles, each of which begins at the waypoint “Trailhead” on the topo map. The first, and most commonly used, is the crushed granite hike-and-bike trail that navigates the developed portions of the park. The path is well maintained and as flat as can be. Most of the people who use the trail are joggers. Though the trail usually passes by the numerous playground fields, it also darts through sections of trees that provide a moment or two from others' view. Or, take a ride on the Cedar Rock Railroad miniature train to view the landscapes and habitat the park has to offer, cedarrockrailroad.com.

Starting at the same trailhead as the hike-and-bike trail is the little known nature trail. One of the reasons it's not well known is that it's hard to find. Standing in the parking lot across the street, it’s easy to dismiss the existence of the trail on other side. Only when crossing the street was the trail apparent.

Unlike the hike-and-bike trail, the trail surface is mostly mulch, and a thick application of it at that. Anyone with foot or joint problems would appreciate the spongy feel of the trail surface near the trailhead. The trail is wide and surface flat, like the rest of the park, so don't expect too much trail difficulty.

The nature trail forms a semi-circle that rejoins the hike-and-bike trail to the east. The nature trail ends at the waypoint “Nature Trail Ends.” Here it empties out into one of the streets in the park. One can either double back toward the trailhead and make it an out-and-back hike, or head southwest down the road for a bit until it crosses the trail at the waypoint “Rejoin Trail.”

The park overall is remarkably underutilized, compared with others in Central Texas. Park administrators have wisely planned for the future and expect more and more people to discover the many recreational opportunities that “Wilco” has to offer.

Survive the Festival Season Without Sacrifice