A Traveling Couple’s Guide to the Health Benefits of Camping 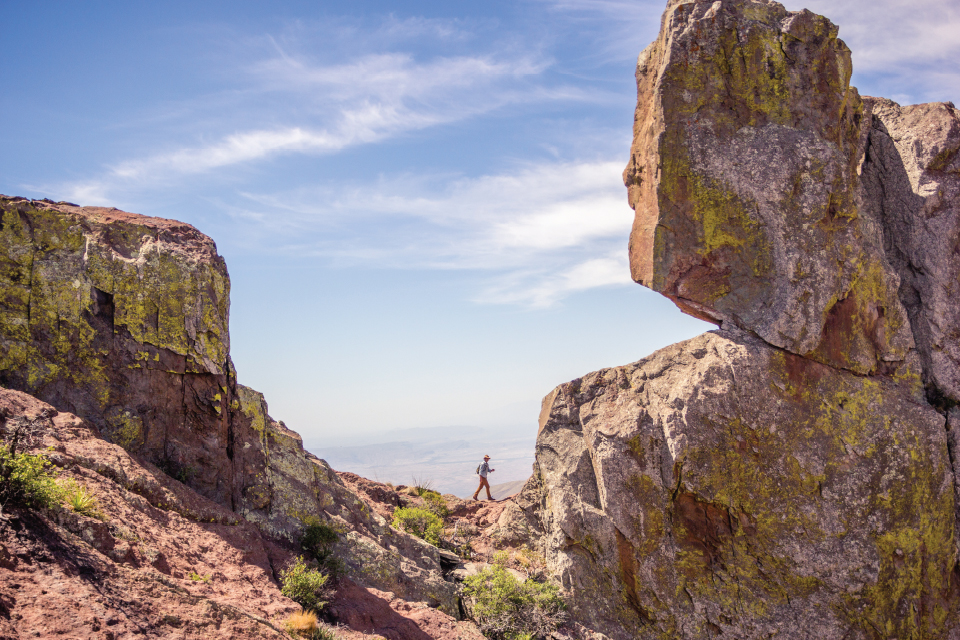 From the luscious green Hill Country to the rugged deserts of the southwest, Texas is as diversified of a state as they come. For one creative couple, tent camping in Texas comes naturally and results in major improvements to their standard of living and individual health.

Molly Hitchings and Chris Wiley document their outdoor adventures across Central Texas and beyond on their blog, “Mountains and Molehills,” and offer readers recommendations along the way. From what trails are best for running or biking instead of hiking, to which gear helps keep them and their dog, Rye, comfortable—the travelog is intended for anyone interested in nature and wellness, and welcomes all levels of expertise.

In the state that’s all about roughing it, follow in the duo’s footsteps, find yourself away from the distractions of everyday life, and enhance your health with fresh air and beautiful landscapes.

The idea that spending time in nature can make you feel better is intuitive, but it’s also backed up by research. If you’re tensed and stressed, head for the trails. Research has shown that stress levels decrease with increased exposure to natural, outdoor environments.

A study from the Center for Environment, Health and Field Sciences at Chiba University in Japan revealed that subjects who spent extended periods of time in a forest environment had lower cortisol (the hormone associated with stress) levels than those who spent the same period of time in an urban atmosphere. What you are seeing, hearing, and experiencing at any moment changes not only your mood, but also your physical well-being.

Wiley and Hitching reap the regenerative effects of camping firsthand.

“One of my favorite things about escaping for the weekend is the detachment from technology. Working in front of a computer all week and having your face in a cell phone, it’s important to take the time to unplug,” Wiley says. “We love to spend the days exploring the parks we’re camping in and at night sitting around the campfire having genuine conversations. Those are important moments you just can’t have during your work week.”

While some find solace in the solitude of the wilderness, camping can also be an opportunity to connect with like-minded people. Some of the couple’s most memorable trips have involved friends and people they met along the way.

“When we were driving from Austin to the Grand Canyon, we met a couple in New Mexico and spent hours chatting with them over beers. They ended up joining us in the Grand Canyon a few days later,” Hitchings says. “We have maintained a friendship with them, even meeting up in Lake Tahoe months later. One of the best parts of camping and getting outdoors is meeting people who are genuinely excited to be doing exactly what you are: escaping to the great outdoors and enjoying the company of each other.”

Maintaining these friendships or anticipating the opportunity to make new ones can help you stay motivated and stay active.

It’s no secret exercise is vital to a happy and healthy life, but did you know doing it outside gives you an added boost? Recent studies have shown that exercising outdoors reduces stress and tends to be more strenuous, due to varying environmental factors, than time spent at a gym or spin class.

A 2011 study from The University of Exeter, involved two test subjects. A group of volunteers  exercised indoors and another worked out outside. The latter reported enjoying the outside exercise more and scored higher on measures of well-being on a psychological test following the experiment.

Camping is certainly one of the couple’s favorite ways to get out and get physical, but the duo also engages in other strenuous activities that help them enhance their experiences in the great outdoors.

While we can’t always get outside and breathe in the fresh air during a workout, most exercise boosts endorphins and increases physical fitness.

“Rock climbing is a huge part of our weekly routine. Whether it’s indoor climbing at Austin Bouldering Project, or sport climbing on the Greenbelt or Reimer’s Ranch, it’s such a fantastic way to get a great workout and socialize with other climbers,” Wiley says.

Austin provides its residents with a variety of enjoyable outdoor activities. From paddle boarding, to rooftop yoga, to days spent on the Greenbelt, there is no shortage of exercise opportunities that replicate the health benefits of weekend camp trips.

From the Blog: Chris and Molly’s Tips for Eating While Camping

Bring a reusable and durable plastic egg carton so you can make eggs at the campsite (available at Wal-Mart or camping stores).

Pro Tip: “We ‘steal’ deli mayo and mustard packets for camping trips. It’s easier than bringing a whole bottle, the packets don’t need to stay cold, and this adds a little something to dry tunafish.”

Over a Fire: “We love our cast iron skillet when camping. We’ve made burgers or brats with grilled onions and peppers. Easy and delicious. Roasted corn is a great option as well!”

You can check out their blog at: www.mountainsandmolehills.space