In Depth Diet and Nutrition Trends, Part I: Choosing Veganism 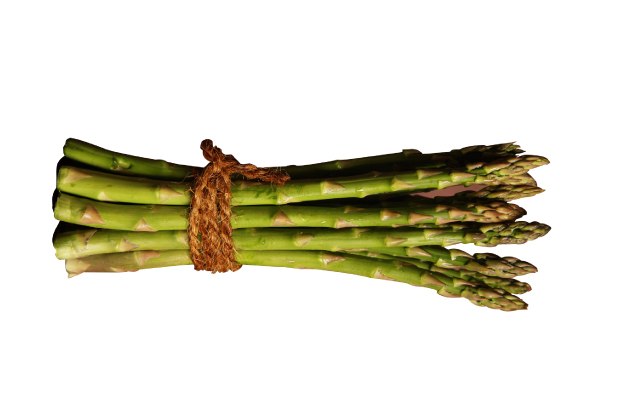 The landscape of the diet world is constantly changing, with new research and new fads popping up daily. As a registered dietician (R.D.), I am frequently asked about this topic, and so I decided to explore some of the more popular diets and trends in depth to discover how effective they are for the fitness-minded individual. This month, I’m taking a look at veganism: what it is, why people choose to eat this way, and whether or not it is possible to successfully be an athletic vegan.

What is a vegan diet and lifestyle?
Vegans choose not to consume any product produced by an animal, insect, or living creature. Meat—including beef, pork, lamb, fish, and poultry—are eliminated from a vegan diet. All other items produced by animals or derived from animal ingredients or sources, such as milk and all dairy products, honey, lard, tallow, lanolin, and the like, are removed; for most vegans, this list also includes clothing that is made from animals, such as leather, wool, and down. In addition, vegans avoid animal-derived cleaning agents and décor, such as beeswax candles, in the home.

Why go vegan?
There are any number of reasons to totally eliminate animal products from one’s home, diet, and clothing, but here are some of the most popularly stated:

Compassion for and the Ethical Treatment of Animals. It is no secret that the commercial meat industry has a less-than-stellar record in the treatment of animals. Many vegans feel that, by choosing an animal-free lifestyle, they are protesting the inhumane treatment of animals across multiple industries.

Religion. Many follow religious tenets that restrict or eliminate meat and dairy consumption.

Environmentalism. The commercial animal production industry has been cited as causing environmental damage; by going vegan, some people hope to lessen their carbon footprint.

Intellectual Challenge. Being vegan can cause one to pause and consider a food choice in a whole new way. From the corner store to the steak house, vegans need to be creative, agile thinkers who are not afraid to ask questions.

Health. Recently, former President Bill Clinton “came out” as a vegan on national television. He stated that being vegan has helped him lose weight as well as gain control over his heart disease. There is a growing body of research proving the effectiveness of a plant-based diet in the prevention and reversal of chronic diseases such as diabetes and heart disease; it can also be effective in lowering cholesterol.

Long before you could Google the definition of vegan, early pioneers such as T. Colin Campbell, Caldwell Esselstyn, and Dean Ornish led research on the health benefits of plant-based diets. More recently, researchers at Loma Linda University conducted what was called the Adventist Health Study 2. Early findings from the study show that the closer one’s diet adheres to veganism, the greater the decrease in the instance of cardiovascular injury, diabetes, and metabolic syndrome. Although this is early research, it is very promising that reversing the trend of chronic disease in this country could begin with adopting vegan eating practices.

The idea of a plant-based lifestyle is becoming increasingly popular in mainstream culture. Numerous books, such as Sharon Palmer’s recently released The Plant Powered Diet, and healthy-eating advocate and former firefighter Rip Esselstyn’s latest, My Beef with Meat (a follow up to the popular Austin original, The Engine 2 Diet), are showing up on shelves. Author Kris Karr and chef Chad Sarno’s New York Times best-selling cookbook, Crazy, Sexy Kitchen, is full of plant-powered recipes. Movies such as Forks Over Knives and Vegucated are popular on Netflix. And kale is the vegetable of the hour, complete with its own infographics and fan sites.

Are all vegan foods healthy?
No. It can be easy to fall into the faulty logic of the “it’s vegan, so it has to be healthy” mindset. While French fries and meatless chicken nuggets fulfill the dietary requirements, they are definitely not foods that promote health—occasional treats, sure, but neither should be the foundation of any diet. There are a lot of meat alternatives and other vegan junk foods on the market, and most of them are highly processed and should only be included on a rare occasion (if at all). Subsisting on junk food undermines the health benefits of incorporating more whole, unprocessed plant foods into the diet. When looking at processed or packaged foods, make sure to read the label! Keep the ingredient list short and to the point. One of my friends who is an R.D. has a saying: “If an ingredient has an X or a Z in it, it’s not for me.”

What should vegans eat?
To create a sustainable and healthful vegan diet, whole, unprocessed, or minimally processed plants should be the focus. Vegetables, legumes, fruits, starchy vegetables (such as sweet potatoes and winter squash), whole grains, nuts, and seeds are the healthful foundation of a vegan diet. Some very familiar dishes can easily be made into vegan delights; veggie burgers, pasta and marinara, salads, soups, stews, and chilies can all be incorporated into a vegan’s meal. It is also becoming increasingly easier to eat out and grab healthful convenience foods, as more and more restaurants and grocery stores are labeling and carrying foods for this growing segment of the population.

There was a meme floating around on Facebook the other day that read something like this: “No one cares where you get your protein from until you tell them you are vegan.” It’s true—“Where will I get my protein?” is ALWAYS the first question people ask about becoming vegan. There’s no call for worry, as all of the foods that make up the foundation of a healthful vegan diet contain protein. It may be hard to believe, but broccoli—calorie for calorie—has more protein than meat. One hundred calories of broccoli has about ten grams of protein, whereas the same number of calories from a sirloin contains some six grams of protein.

As an athlete, a vegan diet can be sustainable and has proven to be effective even for high-performing professionals. Recently, Serena Williams proved that the vegan diet works by winning the French Open and being ranked the No. 1 female tennis player. Endurance athlete Scott Jurek has won numerous races after adopting a vegan diet. A well-planned and executed diet can work in all athletic pursuits…but planning is key in order to cover the right amount of nutritional needs. If crunching numbers is not your thing, it would be wise to contact your favorite registered dietitian to help you navigate identifying your macro- and micronutrient needs. It’s important to eat enough calories in order to sustain a high level of training when you are vegan.

Once you have tackled your numbers with an R.D. and are on the right track with your overall consumption, there are a few micronutrients to consider. Vitamin B12, zinc, omega-3 fatty acids, and vitamin D should all be taken into consideration on a vegan diet. Vitamin B12 is made by bacteria, and the most common source of this vitamin in the American diet is meat; vegans must rely upon supplements to get the B12 they need for health. Generally, it takes three to five years to deplete the body’s stores of B12. However, there are several vegan foods that are fortified with B12, such as fortified cereals and soy—and even some brands of almond milks. B12 is also added to nutritional yeast, a vegan staple.

With a little planning, zinc, omega-3 fatty acids, and vitamin D are easily obtained in the diet. Pumpkin seeds are a tasty source of zinc; flax and chia seeds are good sources of omega-3s. For most people here in Austin, eating your lunch outside a few days a week in the sunshine can give you enough vitamin D to fulfill your needs. If you are curious about your personal levels or are considering vitamin or mineral supplements, contact your physician for the proper dosage.

A well-planned vegan diet that removes all animal products can be a very healthful and health promoting way of eating. In general, a vegan diet that contains sufficient calories, is based on whole, unprocessed plant foods, and contains a wide variety of foods, is healthful and sustainable. Recent research has also found that a vegan diet can protect against some of the most common chronic diseases. Even an athlete can sustain a high level of training and performance as a vegan. Want to give it a try? Who knows…you might be the next Scott Jurek!

Are these diets good for athletes?
Each month we’ll add another diet option. Watch in November for a raw food diet review.

What is it?
Plant focused, with no animal products

Cons:
Need to be taking in enough calories; must be aware of a few vitamins and minerals