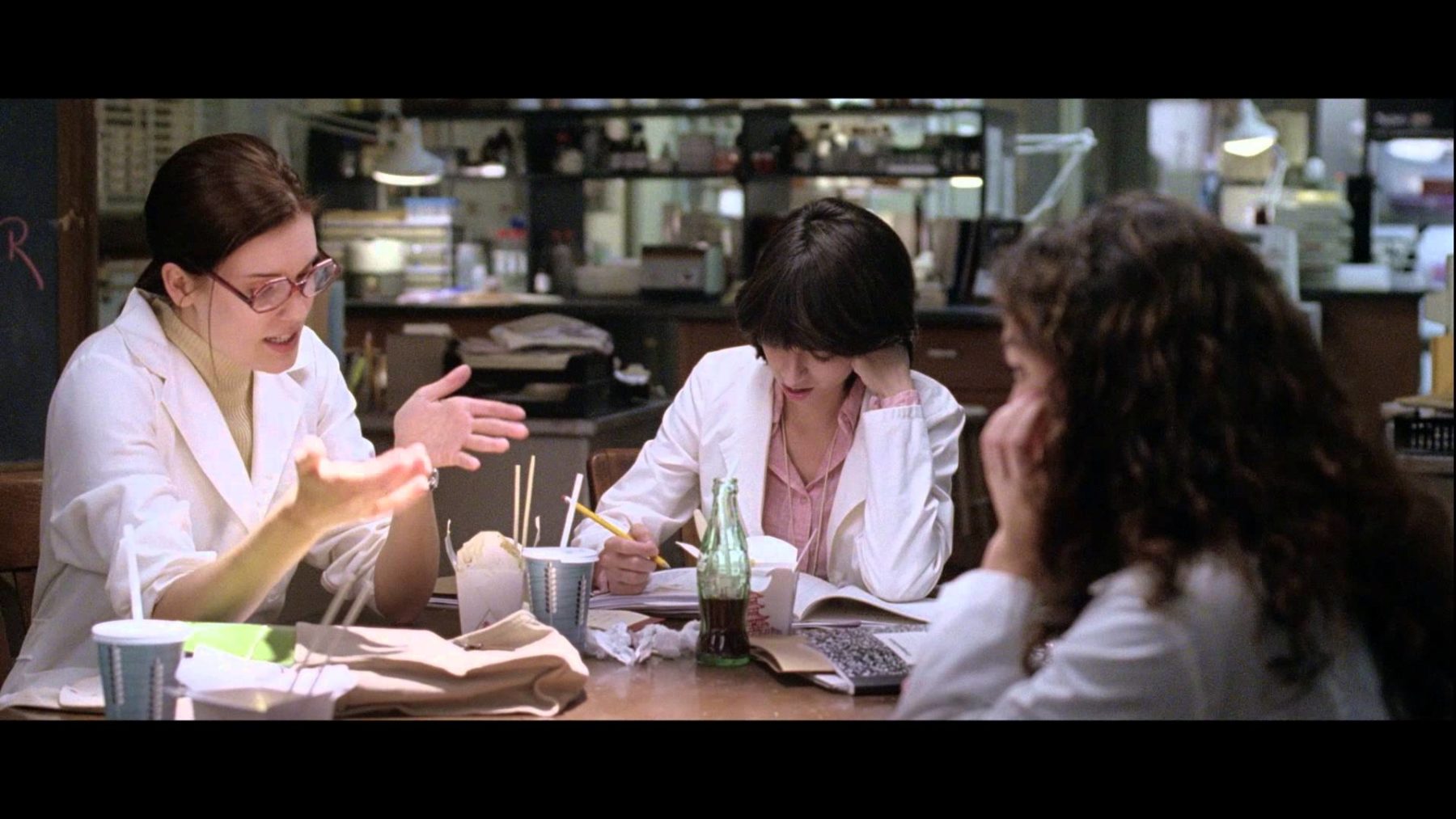 Breast cancer touches many of us…and I’m not talking about the pink awareness campaign. I’m talking about a loved one going through the issues of discovery, diagnosis, and treatment; families pondering whether or not to be tested for BRCA1 and BRCA2 genetic mutations; and subsequent surgeries, losses, and rejuvenations. My own father is a breast cancer survivor; our publisher, Lynne Earle, is a breast cancer survivor; I have friends, and I’m sure you do, too, who have lived through—or lost—the battle to this disease.

While we’re focused on winning the fight, we sometimes lose sight of how far we’ve come. The new film Decoding Annie Parker gives a bittersweet look at the science and humanity behind decoding the genes associated with breast and ovarian cancer.

In September, director Steven Bernstein, an award-winning cinematographer whose credits include Monster and Like Water for Chocolate (and some less critically acclaimed—yet no less entertaining—movies such as The Water Boy, Scary Movie II, and White Chicks), was in Austin to give a sneak preview of his new—and now award-winning—film. Bernstein and his son Adam spent six years working to bring Decoding Annie Parker to fruition, and the project cost him dearly; in the process, he lost a great deal of money and quite a few of his possessions. However, Bernstein saw this endeavor as what he calls filmanthropy, which he defines as “a mutually beneficial partnership between a film and a charitable organization to support their mutual interests.” In this case, the partnership is between the movie Decoding Annie Parker and the nonprofit BRCA Gene Awareness Inc., and Bernstein is showing the movie as often as possible throughout the month of October to further global awareness as well as raise funds for research, testing, and finding a cure for the BRCA gene mutations that cause some cancers.

The screening in September combined education and a serious topic with a wonderful evening. The Marchesa Theater played host, and there were cocktails as well as delicious and beautiful hors d’oeuvres provided by Philip Anderson, the executive chef at 34th St. Café. After a relaxing mix-and-mingle session in the lobby, we funneled into the theater for an informative panel discussion that included director Bernstein; John Sandbach, M.D.*, and Gayle Patel, C.G.C. (both with Texas Oncology); Lauren Youngblood, C.G.C., and Gina Kuenstler, O.N.N. (both with Austin Cancer Centers); and Chris Butschek, M.D. (Austin Radiological Association). The panel answered questions from the moderator, which ranged from dealing with “suspicious findings” to genetic counseling to Bernstein’s motivations behind creating the film (“My particular interest is the nature of survival,” he responded).

Decoding Annie Parker is not a documentary, but don’t let the “based on a true story” line turn you away; Bernstein explained that he considers the film to be a balance between art and reality—“I’d like to think it has a greater truth.” The plot weaves two stories, that of Dr. Marie-Claire King (the research scientist who toils tireless over years to isolate the BRAC mutation) and Annie Parker, a Canadian woman whose tragic family history led to her being one of the first women in Canada to be tested (and found positive) for the BRCA mutation. The cast is comprised of award-winning actress Helen Hunt in the role of Dr. King, Samantha Morton (Minority Report) as Annie, and Emmy-winning actor Aaron Paul (better know as the character Jessie Pinkman from AMC’s hit series, Breaking Bad) as Annie’s husband. Dr. King’s research weaves throughout the story of Annie’s loss of family members (her mother, sister, and a cousin died of breast cancer) and her growing conviction that heredity must play a role in the disease. It is Parker’s family history that helps Dr. King unlock the genetic code that has been eluding her for years.

In all actuality, Annie Parker, at age 29, was diagnosed with breast cancer and underwent a radical mastectomy; eight years later, she developed stage 3 ovarian cancer, was successfully treated, and—then, again—was diagnosed at age 53 with a third cancer, which was treated surgically. As of 2013, Parker is cancer free and enjoying life. Dr. King has continued her work in scientific and humanitarian fields and has been widely awarded and recognized for her brilliant contributions.

Austinite Cindy Niels, a breast cancer survivor and film aficionado, attended the screening and responded positively to the casting choices and the story. “I thought it was engaging, well acted, and well done,” she said. “[There was] just enough medical info to know what they were taking about but not too much to make one ‘tune out.’” Her assessment was that this combination was “very smart on [the director’s] part” and would certainly “get folks watching” an otherwise difficult topic. I agreed with Niel’s assessment; Hunt does an excellent job of embodying the kind of relentless drive necessary to undertake years of what could be fruitless experimentation and research, and Paul was loveable, frustrating, and ultimately heart wrenching as Annie’s somewhat bumbling husband. But the true star of the movie is Morton, who is utterly believable as a woman dealing with so much tragedy while maintaining her spirit and thirst for knowledge and an explanation. In short, she’s a fighter.

Niels said that she was “struck by the similarities in this movie and sports.” She went on to explain: “There was so much drive [shown] by Annie and Dr. Mary-Claire King. They were so focused…that their accomplishments were much like those of a well-honed athlete. I am often amazed by athletic people who see a ‘finish line’ I did not even know was there. Both characters fought for answers everyone else thought unattainable.”

The movie is playing at charitable events all over the country this month; you can see a complete schedule at http://brcageneawareness.org/calendar/. Will it ever make it to the big screen? That remains to be seen, but the film has already garnered accolades. Bernstein was recently awarded the Alfred P. Sloan Feature Film Prize at the Hamptons International Film Festival for Decoding Annie Parker, an award granted to a film in the area of science and technology. In an article, the vice president of programs at the Alfred P. Sloan Foundation, Doron Weber, stated: “In its unsparing, clear-eyed depiction of the scourge of breast cancer on one remarkable woman’s life and its role in helping another remarkable woman make a major scientific discovery, this film shows how stories of science and technology cut to the heart of our human ability to triumph over the most overwhelming odds.”

*Dr. Sandbach has contributed an article on this topic to the July 2013 issue of Austin Fit Magazine; you can read it here