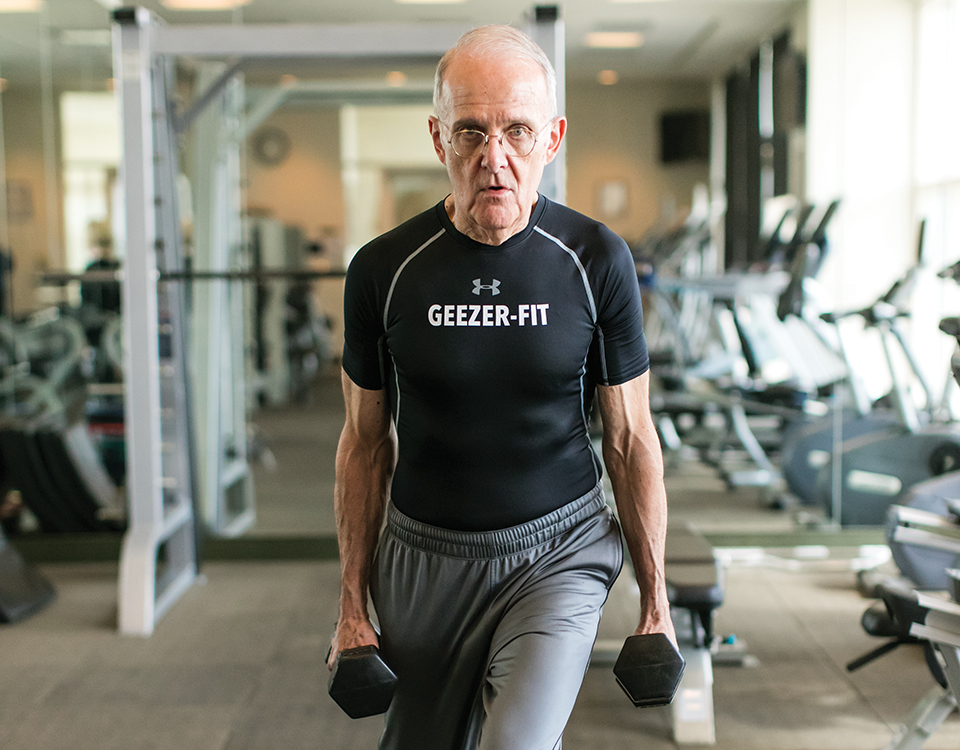 We all age, but we don’t have to get old.

At least, that’s how Jim Owen sees it. He he should know; He turned 78 this October and asserts he’s in the best shape of his life.

The Austinite and author, best known for Cowboy Ethics, decided to share his secret. He dove into research, compiled information and wrote his seventh book, Just Move!: A New Approach to Fitness After 50, published by National Geographic.

In it, he addresses the issues of fitness for those 50 and up.

Today, Jim weighs less than he did in high school, has banished much of the chronic pain that plagues many individuals his age, and can do more pushups now than ever in his life. He’s not competing in bodybuilding competitions or pro sports, but he’s functionally fit.

But he hasn’t always been this way.

He remembers it distinctly. It was his 70th birthday and Jim had received a photo of himself from a friend. He looked at it and was taken aback: he looked like an old man. And not only did he look like one, he also felt like one.

His back was a constant source of pain, his knees were shot, his rotator cuff was frozen, and he was 20 pounds overweight. He had always been a believer that you’re only as old as you feel. The problem was, he felt 90.

A disheartening thought. And to make things worse, he came across a statistic stating those who make it to 70 live an average of 15 more years. If he felt as bad as he did, it could only go downhill from now—and probably fast.

Jim decided to do something about it: just move. 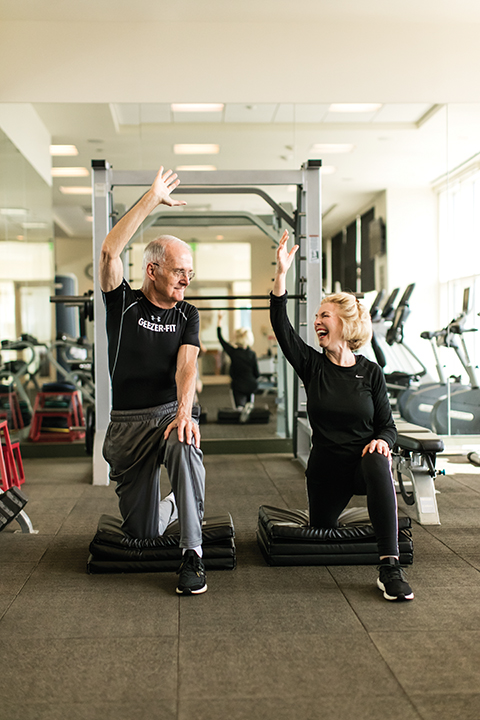 So, he set small goals, starting with one push up, then three. He began walking, taking fitness classes, and after a while he started noticing a difference in his quality of life. Chronic pain was assuaged, picking up grandkids and carrying groceries didn’t seem so difficult anymore. He felt great.

If starting an exercise regimen at 70 could help him, certainly it could help other folks in their 50s, 60s and 70s. However, when he looked around, he couldn’t find much material or advice for how to go about it. Most fitness books and programs were marketed toward people in their 20s, 30s and 40’s, not to the 100 million people age 50 and over in the U.S.

This inspired him to write his book and help others achieve what he had.

After all, it’s not only an under-covered demographic, but the one that needs the information most. According to the CDC, over 25 percent of adults over 50 don’t engage in any kind of regular physical exercise.

“I think people in general underestimate what older people can do,” Jim says.

The book covers topics like proper form, how to start and also progress. It emphasizes whole body and compound movements, and beseeches readers to think about overall fitness, like balance, form and strength and finding your individual routine and what works for you. It’s not about becoming an athlete at 70 or building a bikini body or bodybuilding — a concept more concerned with building isolated muscle groups than improving physical function—but about wellness.

As the book states, “What you need after 50 is functional fitness — being able to handle life’s daily physical demands.”

In the book, Jim stresses the importance of routine, variety and incorporating the five facets of functional wellness: core stability and strength, flexibility, balance, muscular strength and cardiovascular endurance.

“It’s an ideal guide for those who want to be more fit but aren’t sure how or whether they can achieve that goal,” Dr. Miriam C. Morey, Professor of Geriatric Medicine at Duke University School of Medicine, says in the book’s forward.

Jim isn’t on this fitness journey alone. As he mentions in the book, there’s a benefit of having a partner in both the gym and in life. Owen has his wife, Stanya, who has been by his side since he started his fitness journey. This August, the couple celebrated their 50th wedding anniversary.

The secret to their long, loving relationship? A sense of humor, support of one another’s dreams, a positive attitude, and frequent Texas two-stepping around the kitchen, lessons courtesy of The Broken Spoke. And a little sweat equity, of course. 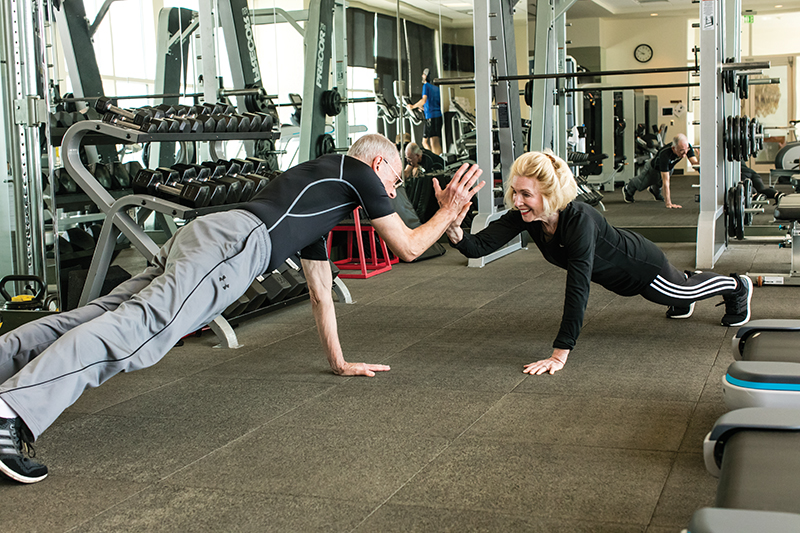 “We’ve always maintained that couples who exercise together stay together,” Stanya said.

They enjoy walks around Lady Bird Lake side by side, take stretch and movement classes together, even do planks and push-ups together at home. They train separately, but that’s due to different fitness goals and body types.

But they both agree what really matters is just moving.

“I’m a believer in small goals,” Jim says. “Start with where you are. If you want to be active, be independent. You have to do something. You don’t have to do what I do, just do something “

For some it means joining a class or finding a trainer, for others it means taking a daily walk or starting a yoga practice. The important thing to remember, as Jim implores, is to just get out there and do it.

Both Jim and Stanya are certain of one thing: it will always be worth it.