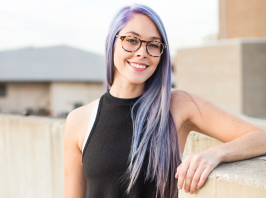 The why
As a fitness editor, I love to gain first-hand experience. I’ve been a raw vegan, vegetarian, and pescatarian. I’ve done the paleo diet as well as the Whole30. When I attended Paleo f(x) earlier this year, I noticed the ketogenic diet was becoming increasingly popular, so it was only a matter of time before I tried it.

Length of time on the ketogenic diet
It took my body four days to get into ketosis and I lasted two weeks total on the diet.

The journey
I struggled with this one. For the past few years, I’ve kept my dairy intake to a minimum. One of my concerns was that I would feel heavy from consuming more dairy and fat products (even healthy fats) than what I’m used to. During the entire first week, I actually felt like everything was digesting very slowly. And although my physical appearance was changing and I was leaning out, I still didn’t feel great. After my body got adjusted though, my energy levels improved and kept me completely fueled during my workouts. When I quit adhering to the diet, I had to deal with the aftermath: my crazy, out of whack hormones.

Biggest challenge
Introducing foods into my diet that I wasn’t used to eating on a regular basis. I consumed quite a bit of cheese, cream cheese, and most of all, butter—just to be able to hit those fat macros. It will be a long while before I drink another butter coffee. A friend of mine (and fellow Austin editor) made a good point about diets: when you do them, food becomes your life. It’s all you think about and all you talk about. 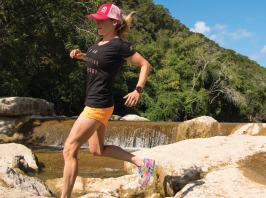 The why
In the ultrarunning world, there has always been a big focus on fuel, both before and during a race. Carbo-loading pasta dinners used to be a staple to a pre-race routine. Some runners are known for eating entire pizzas during a 50+ mile race. For so long, endurance athletes trusted that they should be consuming massive amounts of carbohydrates. I jumped on board with that thinking, having no real scientific reason for doing so. What followed was a string of races where my stomach hurt, I felt sluggish, and my recovery was prolonged. When I read up on the benefits of being in a state of ketosis and the application it had on endurance performance, I wanted to give it a shot and see if I could cure all of the aforementioned ailments.

Length of time on the ketogenic diet
Two months.

The journey
I noticed an immediate difference in my energy levels first thing in the morning. I was able to consume zero calories before and during a 10-mile training run. My body was no longer relying on the carbo-loading and was instead using my built in fat fuel. My mood felt more balanced and I slept more soundly than I ever had before.

Biggest challenge
A double marathon that I attempted just a few weeks into it. I wasn’t sure how to fuel before and during a race, so I DNFed that race which is uncommon for me. I reached out to an incredibly knowledgeable and experienced trail runner, Zach Bitter, who solved a few of my burning questions. Knowing what I know now, I don’t think I would hit that same wall that I experienced in the double marathon.

The why
It was in the face of a 137 mile paddleboard challenge for the SUP 11 cities tour in Holland. On and off I had changed my food and diet in a similar manner and saw good results. My sister—a doctor who is an advocate for the ketogenic diet—explained to me how the diet works and what the methodology is to get me back down to a leaner more efficient weight. Going into it, I felt like I had 15 pounds of body fat to lose in not a lot of time. My motivation was to be lighter on the water and be a little bit more nimble so I wasn’t doing as much work to move myself along.

Length of time on the ketogenic diet
It was essentially the four months leading up to the tour. I gave myself time to change my diet, track, and lose the weight.

The journey
I ended up dropping about 20 pounds, with the majority of it happening in the first two or three weeks. My body kind of went into shock and cut the weight, and after that it was about maintaining it. For me, peeing on the stick is what kept me able to do it—it became a game. It was also good for me to see what worked for my body. I was at the point where I was able to identify what foods would knock me out of ketosis. I combined it with OrangeTheory and the combination of the two just ripped through fat.

The most interesting thing was after I got lean, I felt like I was in the best shape of my life. I had so much energy. With less effort, I stayed very lean for about eight to ten months.

Biggest challenge
I spend a lot of time traveling and quickly learned that being keto on the road was hard. I was also super addicted to sugar. Working with people who fight cancer and losing my father to cancer, this was something I wanted to take on. Sugar feeds cancer, so the biggest challenge for me was kicking those cravings. But after the first month, they were gone; it was the first time in 20 years I didn’t feel addicted .