Austin Fit > Articles > Lifestyle > Healthy Living > Salt of the Earth? Not So Fast.

Salt of the Earth? Not So Fast. 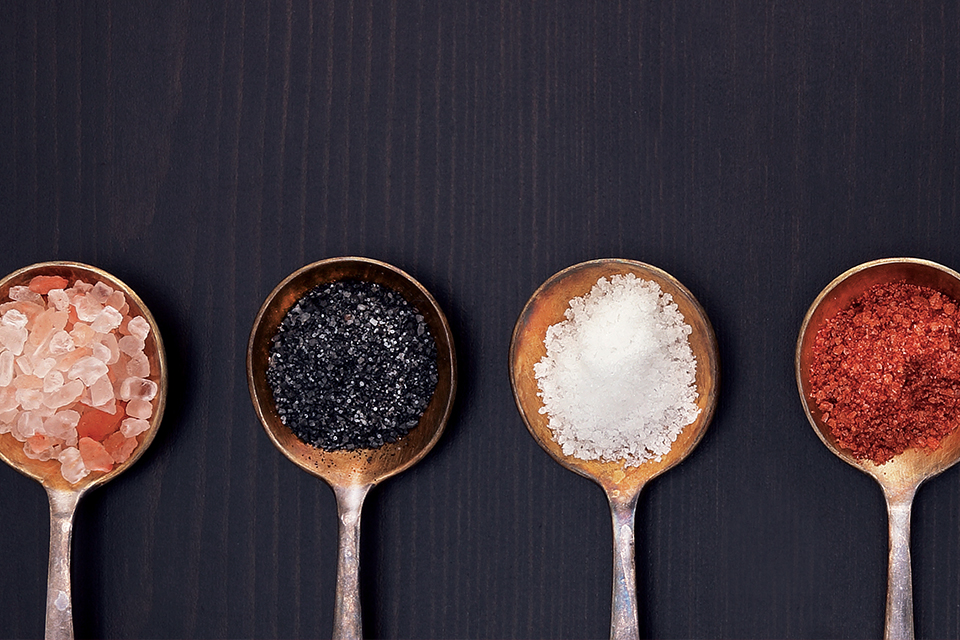 Also known as Black Lava Salt, this revered and delectable salt is infused with activated charcoal. Along with its notably dark, rich color, Hawaiian Black is known best for its robust flavor and potent essential minerals, which help it remove harmful impurities from the body. The perfect garnish for roasted vegetables, stir-fry dishes or soups, it’ll add some pizzazz to any meal in need of luster.

Found off the northwest coast of France, this gray sea salt retains its moisture and is wet to the touch thanks to its mineral-rich brine coating, a reminder of its oceanic origin in Brittany. Because this salt is harvested by hand using wooden tools before being air dried—the ancient method behind its name—it does not need to be treated chemically or processed mechanically. This allows it to retain its crisp taste while providing healing benefits such as a heightened immune system, improved brain function, and a vast reduction of mucus buildup.

When you think of Maldon, one thing comes to mind: big, sparkly, delicious salt crystals. Harvested from the Blackwater river estuary in Essex—a rural county in southeastern England—Maldon salt has long made a name for its pyramid-shaped pieces and stunning white color. These crystals typically contain a lower amount of trace minerals and are drier than other French sea salts, which makes this the perfect finishing salt—especially anything with fish.

Searching for purity in your salt? Look no further. Hand-mined and derived from ancient sea salt deposits, Himalayan Pink is believed by many to be the purest form of salt available, thanks to the millions of years of lava and sediment that insulated it from modern day pollution. Harvested in Pakistan, this pink salt has long been used to preserve fish and meat by the people of the Himalayas, and was once a crucial trading good in the Nepalese valley. Thanks to its purity, it’s often said to have the cleanest taste of any salt and is used by holistic chefs, health professionals, and spas. It’s especially effective when used in body scrubs and aromatherapy, and is a bright, crisp addition to any meal.

A larger grain, this salt was traditionally used in the kosher butchering process. It’s popular among chefs because its grains are so large and work well when preparing large quantities of food. For at-home use, kosher salt is perfect for when you need to salt large amounts like pasta water, a stew, or soup. Additionally, it’s great for seasoning fish and meat prior to cooking. However, we don’t recommend using it for a “light” salting at the dinner table. If a recipe calls for kosher salt, make sure you don’t use a substitute—its density vastly differs from many other types of salt.

The most common type of all, this refined salt is mined from underground deposits before being harvested and delivered to salt shakers at dining tables across the globe. Table salt has more sodium chloride than sea salt and typically contains additives such as anti-caking agents and iodine, an essential nutrient. This kind of salt is ideal for general cooking and baking needs, or any recipe in which the salt quantity needs to be carefully measured.

Introducing Your Pups to Your Newborn