University of Texas freshman, Elena Regalado, laced up her running shoes and made sure her AirPods were charged before leaving for the annual Longhorn Run in Austin. However, from her home in Arlington, Texas, the race was a little different this year.

On March 14, the City of Austin banned all community gatherings of 250 people or more. This rule inevitably canceled large racing events for the near future, including the Longhorn Run.  However, instead of canceling the race, many race directors have opted to use technology to continue business using virtual racing.

No one is really sure how virtual racing began, though it has been around for years. Runners are able to run their own course without having to deal with the race day chaos of packet pickup, porta potties and crowds of people.

With the ability to run anywhere and anytime, and with packet pickup as close as the mailbox,  in the past, virtual racing was marketed for the flexibility and participants’ convenience.

Now, virtual racing has become a reality for racers around the world in an effort to engage the community and supplement events which are no longer in-person events because of the coronavirus.

Regalado said she was preparing to race in the Longhorn Run with her friends before it was changed to a virtual racing experience.

”It was a bummer, because I was really looking forward to doing it with my friends, especially since it was my first official race, but I committed to it and still wanted to run,” Regalado said. “I was really happy when they offered a virtual run and am really appreciative of all the accommodations they made for us.”

By including digital training, online leaderboards, and an official 2020 Longhorn Run bib, shirt and playlist, Regalado said the Longhorn Run was tastefully transformed into a virtual run to make it a fun experience.

Making up her own course and timing herself on an app to later be submitted online, Regalado ran 6.2 miles through her neighborhood to a park near her house. Instead of the UT band, Regalado listened to songs like “Texas Fight,” “The Eyes of Texas” and “Texas Longhorn” from the Longhorn Run 2020 playlist. The UT cheerleaders normally cheering on runners at the finish line were replaced with her family waiting for her in the park, and her post-run replenishment, she said, was a $5 smoothie from Smoothie King.

However, Regalado said she can’t help but think about how her race would have been different with crowds of people running and cheering around her.

“Part of what I pay for in a race is the experience of being with everyone, and it just doesn’t feel as special to run around my neighborhood 20 times like I would on a normal day,” Regalado said. “When everyone is running around you, I wouldn’t want to be that one person who stopped. Everyone is so hype and supportive of each other. Running with others would give me more adrenaline and help me feel more encouraged.”

Many other races such as the Austin American Statesman Cap10k and the Blue Bell Fun Run also decided to move their races online. Each of them provided their own incentives for their runners, including shirts and finisher medals to all of their participants.

With 18 scheduled races throughout 2020 and many of them canceled or postponed, Chris McWatters, race director and owner of Tejas Trails, wanted to find a way to allow his participants to continue trail running while respecting social distancing guidelines by offering his own version of virtual racing.

“Since Tejas Trails is specifically off-road running events, we’ve got access to a few private running venues, private ranches as well as state and county parks,” McWatters said. “While we are offering the normal virtual running option to race from anywhere, the second option is the ability to actually utilize one of the marked courses at a race route we have access to during a specific time slot.”

In an effort to normalize the aspect of virtual racing and keep people on the trails, McWatters and his wife developed a new virtual race hybrid called the Mirage, a virtual race held over the course of a month in different locations where other races would have taken place. McWatters said participants can sign up to run at home for as little as $25 or pay a $10 fee to use a facility.

The Mirage is the first virtual race McWatters said he has hosted. He hopes this race will provide a sense of community for people by posting pictures and having an online scoreboard.

“I think there’s a lot of value in that right now. Even if it’s just momentarily, it gives someone some sort of excitement to check the results or a Facebook group,” McWatters said. “I think the main reason we hosted the virtual race is because we sort of feel like we owe people. Mentally, psychologically and socially, people need something to look forward to more than ever right now.” 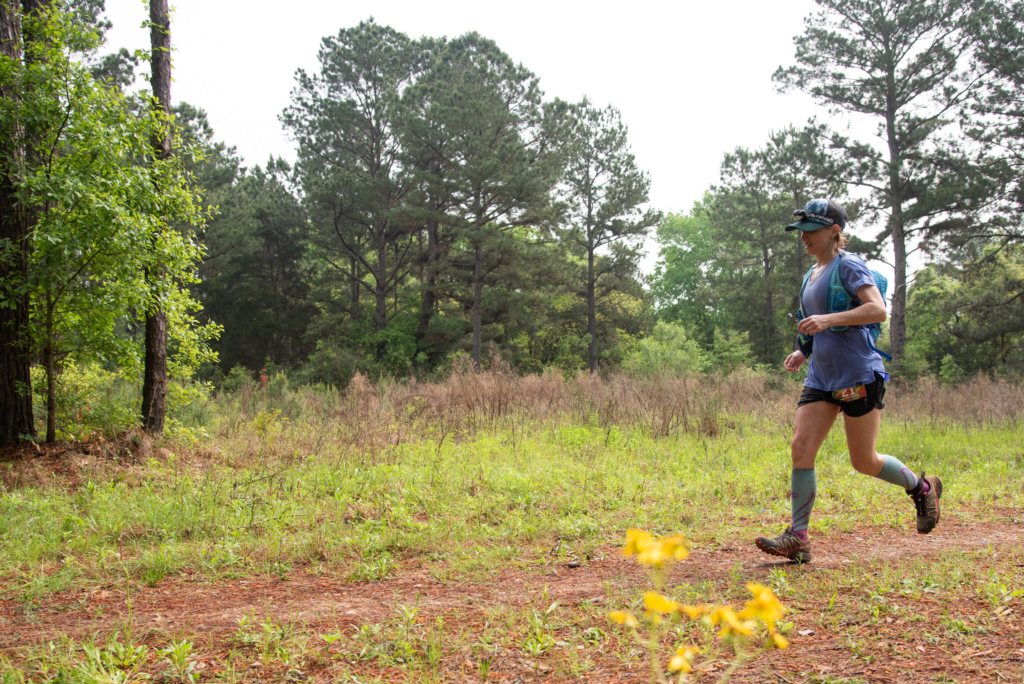 With a large number of virtual races popping up to choose from, McWatters said participating in a virtual race provides opportunities to stay fit or to get fit. Additionally, it can make a huge difference for the community.

“I know a lot of people may think they can just go out by themselves and save $30,” McWatters said. “But these races are a huge deal for keeping a small business like mine afloat. There are lots of people that have been wishing they could exercise more and get in shape, too. This is an excellent way to hold yourself accountable to doing that right now.”

In addition, many races which are held for charities and nonprofits are losing out on funding because of the cancellation of races. Virtual racing can be a way for people to participate in raising money for their struggling community.

“There are many race directors that don’t keep any of the profit,” McWatters said. “So the reach goes far beyond a race director’s income. There are a lot of people that count on races for their profit and donations.”

For many race directors and runners, virtual races are simply a temporary fix. While the majority of race participants enjoy the ability to run from home, the thought of racing together is a lot more appealing than running solo.

“Despite the circumstances of the race, I enjoyed running and thought they were very supportive,” Regalado said, reflecting on her time running the virtual Longhorn Run. “I will definitely run it again next year. Hopefully it will happen in person this time.”