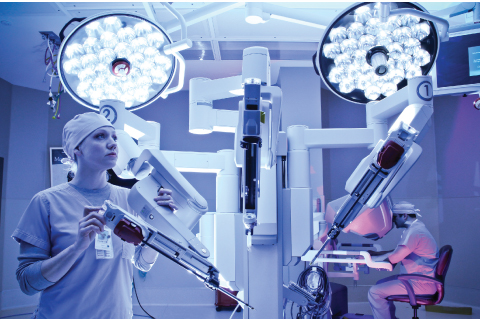 The vas deferens: one of the vast differences between men and women. It is basically a small, hollow tube with the consistency of a wet noodle that allows the transit of sperm cells from the testicle on their way to the outside world to try to win the race and be the luckiest, or fittest, to reach and fertilize an egg. Why does it get so much attention in reproductive medicine? The vas deferens is the key to male contraception and, in some cases, can be the obstacle to having more children. Whereas women have a number of choices for contraception (the female condom, sponge, diaphragm, oral contraceptive pill, patch, depot injection, vaginal ring, intrauterine device, and tubal ligation), men essentially have two options—the condom and vasectomy.

A great deal of research has been dedicated to developing other forms of male contraception, but it’s just not that easy. Considering that the average fertile man has around 60 million sperm per milliliter of semen and an average ejaculation contains around two milliliters of semen, we’re talking in the range of 120 million sperm that must be stopped from fertilizing an egg. There have been efforts such as binding antibodies to the sperm cells to keep them from swimming well or penetrating the egg, but that is an awful lot of sperm to manipulate. Though hormonal manipulations could be effective, they can result in symptoms such as mood swings, low energy, fatigue, low sex drive, hot flashes, and decreased exercise tolerance and endurance. These treatments can also lead to osteoporosis and worsening cholesterol and blood sugar parameters. With so few options for contraception, half a million men per year in the U.S. choose to undergo vasectomy, typically when they think they are done fathering children.

Vasectomy is a minor surgical procedure performed to block the sperm from getting into the semen by separating the vas deferens and then tying or sealing the ends. The procedure, which takes around 15 minutes, is typically done in an office using local anesthesia. Although no form of contraception is 100 percent effective, vasectomy—when performed properly—is pretty close.

Few men have a vasectomy expecting to change their minds later but the fact is that 6 percent of the 500,000 men per year who undergo the procedure decide to have it reversed. Vasectomy reversals are minimally invasive procedures that put the two surgically divided ends of the vas deferens back together. It sounds like pretty simple plumbing and, really, it is; however, the hole that is being sewn back together is about the size of the period at the end of this sentence. A surgeon typically uses 12 sutures that are barely visible to the naked eye to rejoin these ends in a watertight fashion. Unlike the original procedure, vasectomy reversals are usually performed under general anesthesia so that the patient does not move.

Traditional microsurgical technique involves placing a large, operative microscope above the man’s body that magnifies the vas deferens so the surgeon can put them back together. A vasectomy reversal can, however, also be performed with the assistance of an operative robot. People have often said that someday, robots will do surgery for us; that’s not quite the case yet, but robots are helping us. The da Vinci Surgical System, developed by Intuitive Surgical, Inc., has been advanced to assist with microsurgeries such as vasectomy reversal, hysterectomy, and prostatectomy. This cutting-edge technology allows the operating surgeon to sit in a console that is reminiscent of a big video arcade machine from the 1980s. The surgeon looks into a headpiece monitor with high-definition, 3-D visualization to receive images from a camera placed over the patient and then uses finger controls to precisely drive microsurgical instruments. The da Vinci Surgical System’s EndoWrist instruments allow for seven degrees of freedom, enabling minute movements that the human hand and wrist cannot make.

Although traditional microsurgery’s success rates, incision, and recovery are comparable to those found with robotic techniques, the robotic platform offers some additional benefits. The ergonomically designed robotic platform and high-definition 3-D visualization make the surgeon more comfortable and reduce fatigue, which may enhance surgical performance. There is some preliminary data showing that men who undergo robot-assisted vasectomy reversals have a faster and higher rate of return of sperm to the semen than those who undergo microsurgical vasectomy reversal (this early data requires validation). Whatever technique is used, the most important factors for a successful vasectomy reversal are the amount of time lapsed since vasectomy and the surgeon’s experience, since those with a high level of specialty training in microsurgery and vasectomy reversals tend to have the best results.