Austin Fit > Articles > Fitness > Signing up for the 2014 AFM FITTEST

Signing up for the 2014 AFM FITTEST 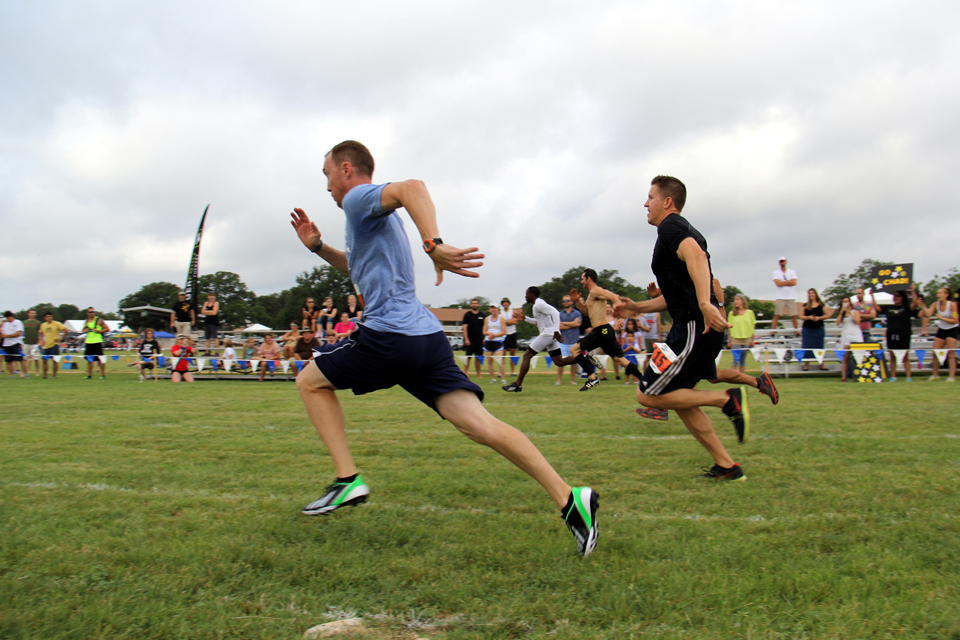 AFM opened registration for the 2014 AFM FITTEST on January 1, and folks immediately signed up. Here’s a look at a few of the first Austinites who made a commitment to measuring their fitness at Camp Mabry on May 31–June 1 this year. Note the age distribution—are the over-50 folks biding their time? Don’t wait too long—the price of registration bumps up on February 18 ($50 for individual and $125 for teams).

Kelsi Winnett discovered the AFM FITTEST when her good friend Taylor Redding asked her to sign up with her. “I liked the idea of having something to work toward this spring and having a personal challenge,” she explained. Winnett has set a lofty goal; she wants to come in first in the burpee test and place in the top three to five in each test. She’s preparing by continuing her training at Westlake CrossFit, where she works with trainer Jesse O’Brien.

Joseph Hibner, a personal trainer, took part in the 2013 AFM FITTEST after a client showed him information in the magazine just three weeks prior to the event. This year, he’s allowing ample preparation, with a firm focus on bettering his scores. “I want good competition, and I know in the competitive division there will be plenty [of it],” he said. Hibner has set a goal of ranking in the top ten in most—if not all—of the events and he’s targeted “doing a series of compound power moves in my workouts, and improving my agility and endurance” as key components for success in his training.

Justin Fischer is no stranger to competition; he won the Fit Company “Fittest Executive” in May 2013 and tried out the 2013 AFM FITTEST in June (the two competitions are not related). He’s going to continue with his preparation schedule from last year—training with HIT Center Austin and Outright Performance, among others, and finding time for about four workouts a week. “Working for a fast growing company and having an active family can challenge my time,” Fischer said. But that’s not going to keep him from challenging his friends (“Watch out Tim Zeddies and David Braswell!”) or from working to achieve. While he has some definite performance goals—cracking the top ten overall and placing in the top five in his age group—“the best outcome/goal is the strength and fitness that I receive from the training that [the AFM FITTEST] inspires.”

Valerie Garcia is looking forward to returning to the AMF FITTEST this year. She’s gotten her standings and baseline measurements, and resolved her training regimen; what she’s looking forward to now is the people. “It was a pleasure meeting new people in the fitness community who enjoyed being challenged physically and mentally as much as I did,” she explained. “I cannot wait to see my fellow athletes and friends back at Camp Mabry!” Garcia moved to Austin just 15 months ago and learned of the event from reading AFM, and she’s building on the knowledge she gained from participating in the 2013 competition. Like others in this group of early birds, she’s highly performance motivated, which was her impetus for signing up in the competitive division. Her goals are “to improve in my overall performance as well as in each specific event. I'm setting my eyes on the GOLD and I hope to rank in the top three in my age division and top ten overall.” Garcia is already working on the specific fitness tests found on afmfittest.com. Donna Chimera Individual Competitive, age 48 This will be Donna Chimera’s first year for the AFM FITTEST. She learned about it when she started working out with John Barr, her personal trainer at Pure Austin. “I watched him train with Greg Cook and saw many of the clinics Greg held leading up to the competition,” she said. Their enthusiasm for the event was contagious, and Chimera went to the competition to cheer on her friends; the experience stuck with her. “I have been talking about it for months and decided to make the commitment on the first day of the year,” she said. “Instead of making resolutions, I chose to make a commitment.” Her goal? To complete all the events without injury. And she’s back working out at Pure Austin—and this time, she’s not just watching Cook's clinics, she's participating.

Robert Mazzetti, a runner and hiker, is returning to the AFM FITTEST; in 2013, he competed in order to “establish a personal baseline.” After what he called a “miserable performance” in the vertical jump, hand grip test, and pull-ups, he resolved to improve his stamina, power, and competitiveness. But it’s not all work for Mazzetti, who described the event as “a time machine back to a half day of recess in middle school—a means to test oneself against classmates and have a great time, age be damned.” In 2014, he’d like to have a great time, cheer on his fellow competitors, and be “100 percent committed to competing.” He asked, “How often does an event come by that measures so many aptitudes?” Mazzetti went on to say that the AFM FITTEST “may be Austin's quintessential athletic event, where one can progress or, at least, through preparation, hold back time.” He’s working to hold back the clock, as Mazzetti is striving for a six-minute mile, a broad jump of nine feet, more than ten pull-ups, and hitting the eighth level in the interval run. And he’s been working to achieve those things since last spring. Mazzetti pointed out that “a good portion of doing well on the varied events of the AFM FITTEST is mental preparation. Lastly, I've got to prepare for that medicine ball throw. The good news for me is that I have seven events where I have much room for improvement.”

Previous Article
#PassMeChallenge Recap: 3M Half Marathon Reminds Runners How Great a Race Can Be
Next Article
Where to Play Golf in Austin

5 Tips to Motivate Your Child to Try a Sport
August 3, 2022
An Animal-Themed Workout For Kids
August 1, 2022
This Social Circus Helps Austin Youth Rise to Their Potential
August 1, 2022