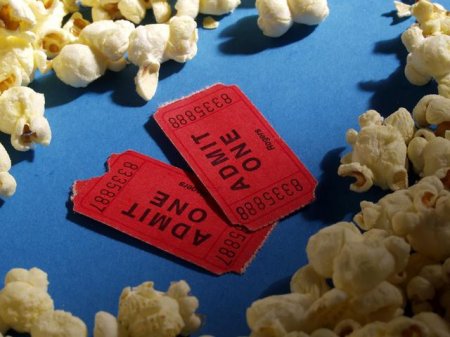 As the new year draws closer and the weather in Austin finally starts to cool down a few degrees, we seek refuge from holiday madness and family togetherness in the movie theater. In fact, the holiday season is the biggest time for movie goers, aside from the summer. Let’s face it, $10 to see Yogi Bearlooks better than your in-law’s constant rehashing of their “fabulous!” and, lucky for you, “hilarious!” trip to Disney World.

But the holiday movie bustle might have something to do with our holiday weight gain, according to a report by The Center for Science in the Public Interest. They tested the nutritional value of the popcorn sold at three leading movie chains, with startling results.

Popcorn is assuredly a better alternative to the fluorescent nachos or a microwaved hot dog, but the study shows that popcorn found at AMC, Cinemark and Regal Cinemas can contain more sodium and fat than you should consume in one day– much less in one sitting.

The report shows that a large tub of popcorn at Regal Cinemas (free refills included) contains 20 cups of popcorn with a whopping 1,200 calories, 60 grams of fat and 980 milligrams of sodium. Of course, this amount would probably not be consumed by just one movie goer, but divide those figures by two– or even three– and the extra intake is still more than just a casual indulgence.

Cinemark theaters came out slightly on top for healthiest popcorn, because they pop theirs in canola oil rather than coconut oil. Coconut oil is most theater’s oil of choice and contains 90% saturated fat. But even popping with unhydrogenated canola oil doesn’t make their popcorn guilt free: Cinemark’s large tub contains 17 cups of popcorn for 910 calories and 1,500 milligrams of sodium.

The best way to stay healthy at a movie theater, aside from ordering nothing at all, is to request that the theater pop a portion without salt, and forget the butter altogether.

And if you’re hitting up the Alamo Drafthouse for your holiday film, check out our suggestions for healthy choices before you go. (Spoiler alert: roasted red pepper hummus and black bean burger.)

So when you’re looking to get out of the house on the 26th, go see Somewhere (Roger Ebert agrees), sneak in some trail mix and munch away guilt-free.