Age Like an Austinite: Advice from Five Austin Seniors 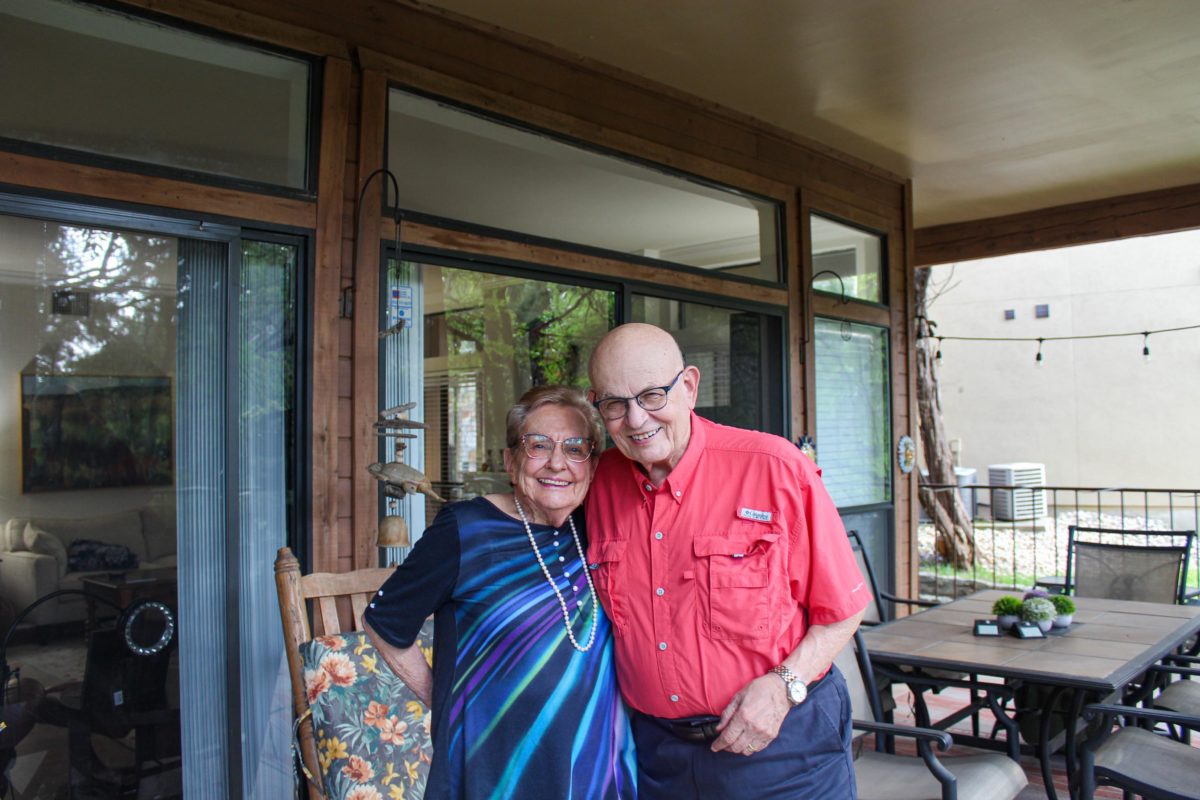 There’s a lot that goes into longevity, even outside of overall health. There’s also love, fulfillment, activity and change. To help any age better understand life from a different perspective, AFM interviewed several Austin seniors from the Lamar Senior Activity Center to hear the advice they wanted to share with our readers. 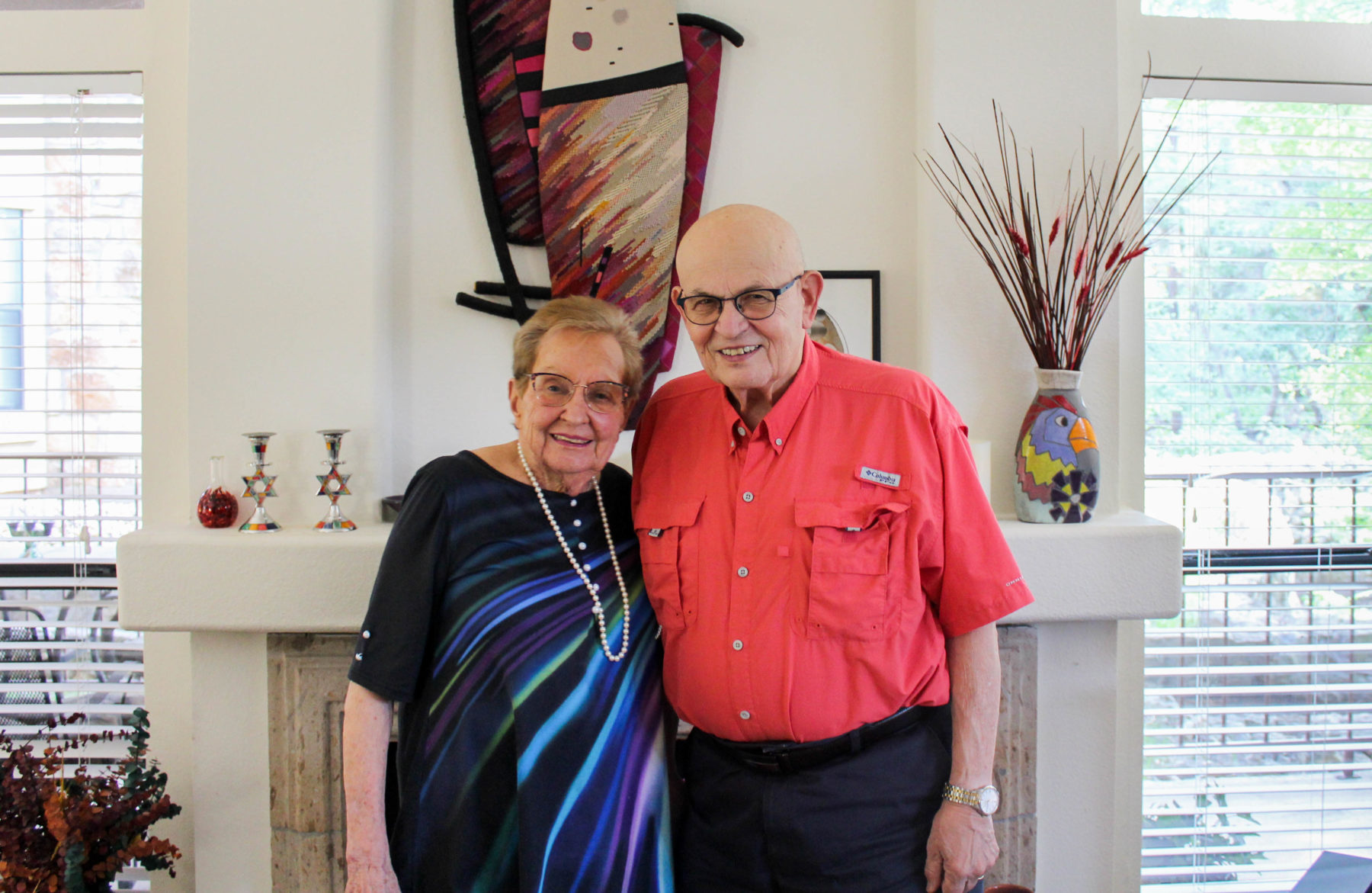 Joking constantly across the table with each other, Syd (85) and Chuck (83) seem like love-struck teenagers. A second marriage for both, they wed in 2016 after meeting while ushering at their synagogue. Syd had lived in Austin her whole life, and Chuck had just moved to town. They admit that maybe it’s a little unconventional to fall in love so late in life, but these two love birds seem inseparable — one of those rare, perfect matches. So, how do you find that twin flame at any stage in life?

“My first advice is just to make sure they’re your friend. Friendship has to play a big part of it all,” Chuck says. “Because once you recognize that there are going to be ups and downs in life, you’re going to want your best friend by your side through it all.”

Both say that it’s also important to find a companion with similar interests and hobbies, especially in the long run. Chuck says that was part of the reason his first marriage had to come to an end — they wanted different lifestyles.

“Even when a relationship needs to end, and it’s important to recognize when that time comes, but even when it does end,” Chuck says, “you shouldn’t ever have bad feelings if you can avoid it. It’s so important to end as friends, too, because no one deserves to have heavy hearts or hurt feelings. Kindness should always be first.”

Now, Syd and Chuck spend almost every day doing something they love. Whether it’s game nights with friends, a show at the theater, volunteer ushering or meeting up with one of the many groups and organizations they’re involved with — these two know how to make every day count, together.

“I love being with Chuck, and I hope everyone finds their own version of him,” Syd says. “He’s like an old shoe — we just fit and it’s comfortable.”

Even just conversing with Paula Brown (66), you can feel her zest for life and others seep out of everything she says. Only newly dubbed the title of “senior,” Paula has wisdom about all sorts of life’s challenges from the eventful and amazing life she’s already led. Now retired from the state, though, she says that some of her most defining moments were when she was faced with challenges in her career and met them head on.

Brown was born in a traditional family that felt women weren’t meant to go to college and/or work their whole lives, but Paula had a different idea than just finding a husband. She studied hard, worked her way through college and followed her passion to the legal field. But all the while, she faced people who felt she didn’t belong and said that she wasn’t cut out for that field or that she couldn’t reach her goals.

“It can be discouraging, hearing people be naysayers about your dreams and goals — not what they are,” Paula says. “But you just have to keep your head up and let their doubts and projections roll off you.”

Paula emphasizes that, although this was her approach as a woman in the workforce in the 70s, it’s applicable to any and every person — no matter their age, gender or field — who has a dream they are chasing.

“There will always be people that don’t want you to succeed. And the more you go after something, the more of them there will be,” Paula says. “It will be so hard sometimes not to let it get to you and bring you down — so hard — but in the end, I can promise you that no matter what happens, you will look back and be so proud of yourself for trying.”

At the front of the Zumba class at Lamar Senior Center is Jacque Cotrell, leading and encouraging the group through tango, salsa and all sorts of dance moves. She’s a burst of energy, and her enthusiasm is contagious as everyone in the class, from age 65 to 94, smiles and laughs along with the beat.

Jacque lived in Austin in her college years when she attended the University of Texas at Austin, but finally moved back for good in 2010. As she turns 74 this month, nothing changes in her on-the-go attitude that keeps her always looking for ways to bring activity into her own life and others’.

When Jacque started looking around for workouts or activities to help open her hips, she stumbled upon a Zumba class. She thought, “Hey, that’ll get me moving my hips!” and she went for it. Even though she had never been a dancer, that didn’t stop her from falling in love with the choreographed movements that were working the parts of her body she hadn’t realized she needed to work. That got her mind going and made her realize that this was something that could help others, too.

Now, not only does Jacque attend Zumba classes regularly (and walk half marathons across the country), but she herself is a Zumba Gold class instructor and leads weekly classes at Lamar Senior Activity Center and The Village in The Triangle. During the pandemic lockdown, she even helped pioneer a way to bring the class to her students virtually each week to keep everyone moving and smiling on the screen. She says that as you get older, activity gets harder, and some of your favorite ways to move may not be doable anymore.

“Always stay active if you can, [and] always be finding some way to keep yourself moving, because getting back into shape isn’t as easy as it is when you’re in your 20s or 30s,” Jacque says. “After that, it gets harder every time.”

Jacque says that it’s important to always stay flexible as life goes on. Things change and when they do, they can change instantly. Always be open-minded and willing to try new things. When she first went to Zumba, she had no idea it would become such a huge part of her continued wellness and health journey.

“I was always a runner, but I can’t do that anymore. You have to be flexible and open to trying something new so that you can continue to be healthy and active.” Jacque says. “You never know what’s going to stick.”

Joanne Cepero may be 92, but she’s as busy and active as ever. Only a few moments after meeting Joanne, you can feel how she radiates a joy for life and excitement about every topic ahead. What’s surprising is that she’s only lived in Austin for a short time but already knows more tips and tricks about the town than most Austinites. So, it was only natural that she shared some advice for anyone who recently made the big move to Austin, Texas (looking at you, Californians), or plans to move anywhere else in the world.

Joanne grew up and lived in New York City her whole life — that is until she and her daughter packed everything up and moved to Chicago, where they knew no one and nothing about the city. It was a big move and took time to adjust, but a few years after that, they did it again, this time packing up and moving to Austin, Texas, where they once again knew no one to escape the cold and get a change of pace. With as many activities and friends as Joanne has, it’s hard to believe that she moved here without knowing a soul, and she says it’s all about putting yourself out there and staying positive.

“It was hard, definitely hard, when I first got here. It’s so different from the big cities I was used to, and I didn’t know a soul, you know? I wasn’t quite sure what to do with myself,” Joanne says. “But I just started getting busy at the senior center and finding groups and interests I had, and I started meeting some lovely people and making it feel more like a home.”

Joanne got busy indeed as she started working as the AARP membership coordinator, volunteering at APA! and joined the board of directors at the senior center and several other groups and organizations. But Joanne also says it’s important to have your own hobbies and things that you like to do even when you’re on your own so that you aren’t always relying on others. She prefers going to the theater, knitting hats for donation and doing paint by numbers when she has time to herself.

“It’s important as you get older to know how to have healthy relationships and friendships, because loneliness can really be hard on your health,” Joanne says. “But you also have to know how to be happy and make yourself happy, too. It’s a balance.”

The Lamar Senior Center is the first senior center in Austin, opening in 1978. The center, like the others now around town, offers clubs, classes and workouts for seniors of the Austin Metropolitan area. If you or a loved one are interested in learning more about the opportunities and reopening plan for the Lamar Senior Center or any other city senior programs, head to their website at https://www.austintexas.gov/department/senior-activity-center-lamar