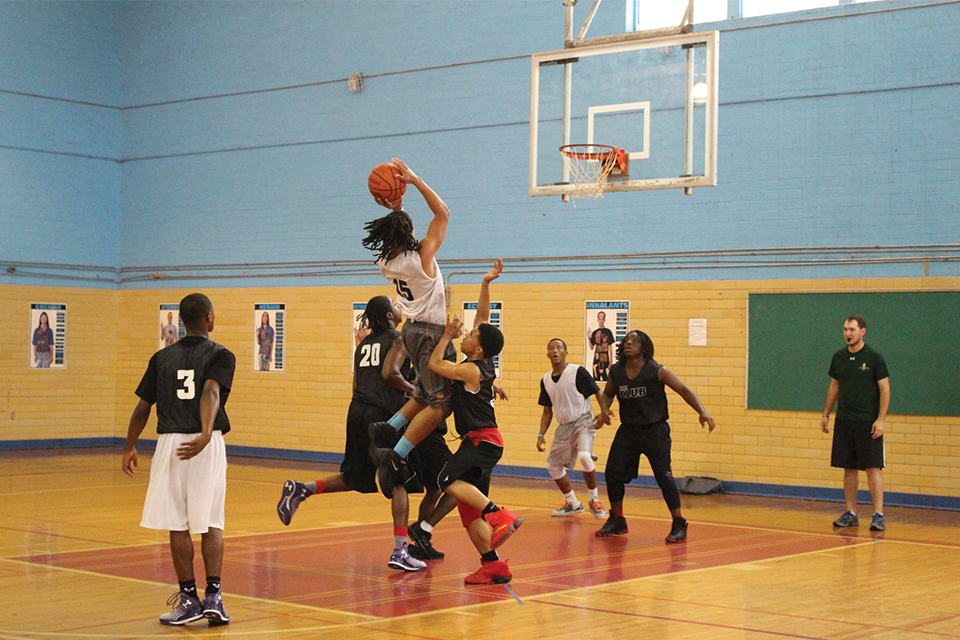 As I stepped into the bright entryway of the Boys and Girls East Austin Club, I was immediately taken aback by the pulsing energy around me. I thought I knew what I was signing up for when I was invited to tour one of the club’s 23 after-school locations.

I expected to find a safe place for low income and at-risk kids to hang out in a watchful, supervised environment. Maybe there would be a few games going on, or some mayhem.

I expected to find kids, marginalized and largely invisible to the outside world, there because a parent or caseworker had signed them up. I expected hardened sarcasm and possibly disinterest.

Though familiar with the Boys and Girls Club in name, I learned how misinformed I was of the incredible challenges this non-profit faces. My eyes were opened to the reality of what Austin’s local chapter of this national organization accomplishes daily for hundreds of area kids during after-school hours.

Just beyond the BGC’s welcome desk, one of the Austin school district’s campuses for alternative learning is transformed each afternoon. The huge gymnasium buzzes with young people of all ages, as multiple ball games disperse on split courts. I couldn't resist stealing a seat on the bleachers to see what all the noise was about: Basketball.

Underfunded and chronically short on volunteers, the club’s mission is to model and nurture strong character in our community’s youths. The results of that mission played out on the courts in front of me. There were at least 20 kids playing basketball that day. Games were run and refereed by the kids themselves.

I expected mischief and misbehavior, but what I saw was the exact opposite. This place teemed with a sense of symbiotic respect. In stark contrast, Austin's largest low income housing development stretches through the streets surrounding the campus.

An 11-year-old boy, Laurenz, took me on an official tour of the facility. Accompanied by the program director, Kelly St. Julien, himself an BGC alumnus, we spent the next hour touring classrooms that had been transformed into recreational and learning areas.

During the five hours the kids are at the club each weekday evening, they stick to a strict schedule: gym time, study time, and tutoring time.

There’s a small closet area equipped with donated tablets and desktops for computer learning and game time. There’s even an onsite bike shop where those so inclined have the opportunity to rebuild and restore bicycles. The place is a well-oiled machine—a more organized neighborhood than the one that lies on its outskirts.

The most influential time of a child's life is between the hours of 3 and 8 p.m. every afternoon. Thousands of kids throughout the community lack adult supervision and meaningful, positive things to do between the time they leave school and the time their parents come home. Boys and Girls Clubs are open during these five critical hours to offer kids a fun and productive environment after school and all day during summer and school holidays.

Staff and volunteers provide guidance and leadership to the kids, making sure they learn the value of hard work, diligence, self-efficacy, and responsibility to community.

Each evening, the kids come together to share a hot meal. For some, it might be their only hot meal of the day.

Almost all of the children remain in the program through high school. Despite hardships, an astounding 100 percent of the youths enrolled graduate. They are the largest, most successful, and by far the most unacknowledged local movement focused on youth health in Austin.

Get Paid to Play

Secrets to Making It in the NFL (and Staying There)