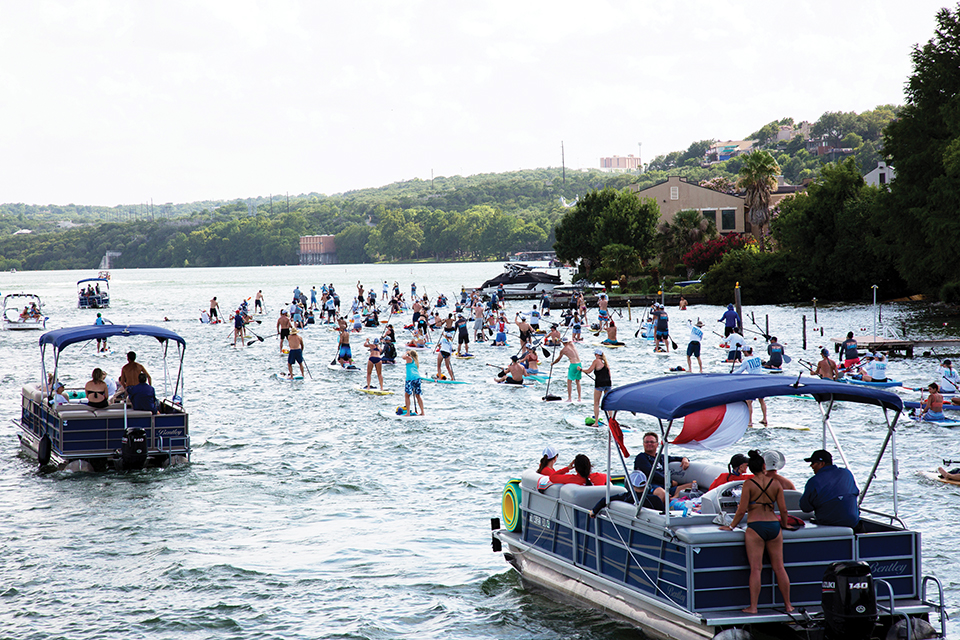 Beginning on a fitness journey is an act of giving back to yourself — to your body, to your mind and to your overall well-being. In the midst of a busy schedule, setting aside time to go for a run, a bike ride or a yoga class means setting aside time to do something for yourself — an act of self love and care. It allows you to focus solely on you, and that is incredibly important. Devoting time to fitness and celebrating your own body allows you to feed yourself and give back to the vessel that carries you through life.

However, while fitness can be a way to give back to yourself, it it also a powerful tool to give back to others. Many organizations and businesses are choosing to use fitness as a tool to bring people together for philanthropic purposes. Events like 5Ks, mud runs, obstacle courses and bike rides have become overwhelmingly popular ways to raise money and awareness for charitable causes, especially in the Austin area.

Here are a few of the many Austin organizations that are making a difference through fitness.

Serving as the premier fundraising event for Flatwater Foundation — a local nonprofit dedicated to providing  mental health therapy and family support to individuals and families affected by a cancer diagnosis — TYLER’s Dam That Cancer! is a 21-mile stand-up paddle hosted every June on Lake Austin. Chelsea Hardee, director of development at Flatwater Foundation, says the event is responsible for bringing in 80 to 90 percent of the foundation’s annual funds.

“We utilize the funds raised to pay 100 percent of the cost of therapy for families touched by a cancer diagnosis,” Hardee says, “Our nonprofit was started, essentially, by this event.”

In 2010, Mark Garza, founder of Flatwater Foundation, partnered with LIVESTRONG and organized the first paddle in order to raise awareness about the importance of mental health for patients and families coping with a cancer diagnosis. A group of 13 friends, including Garza, completed the first 21-mile trek, which eventually turned into TYLER’s Dam That Cancer, with all proceeds from the event benefiting Flatwater Foundation. Setting this year’s fundraising goal at $1,000,000, the foundation is preparing for its 10th annual paddle on Monday, June 10, 2019.

“Our event is a little unique, in that not everyone can paddle board, and not all ages can participate,” Hardee says, “but this works for us, since we really focus on creating a community of people that want to share their story and complete an application telling their ‘why.’ It is not only about participation, but also about motivation.” 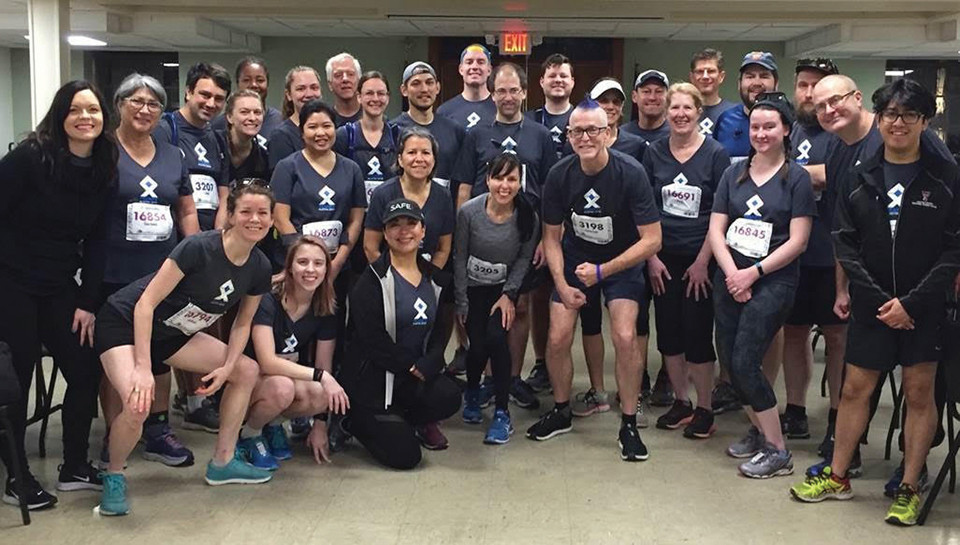 In 2005, Gary Walker — founder, executive director and head coach of TeamFX — organized the group in order to carry on the legacy of his sister, who tragically died from drowning while she was a foster mother for abused and neglected children in East Austin. As he had already ran a few marathons in the past, Walker decided to bring people together to carry on his sister’s torch and run for this cause.

Promoting a movement of “whole community health,” TeamFX is a diverse group of adventurous, socially conscious men and women who partner with local business leaders to achieve their vision: “Creating a world without child abuse and neglect,” Walker says.

Raising over $420,000 since its debut, TeamFX offers “couch-to-race” training to achieve, at any pace, the Austin Marathon and Half Marathon, with all donations benefiting the SAFE Children’s Shelter — a local organization that works to stop abuse by providing safety and stability for children, adults and families escaping abuse, neglect and exploitation.

“It has become a movement for equality, justice and social responsibility,” Walker says, “while in its simplest essence is the basis for real connection with nature, with each other, with the community and with a sense of purpose beyond ourselves, which we all need to survive and be happy.”

As the longest charity bike ride in the world, Texas 4000 is a 70-day ride that travels three routes from Austin, Texas, to Anchorage, Alaska, fulfilling its mission to cultivate student leaders and engage communities in the fight against cancer. After beginning their route on Day Zero, the team separates into Sierra, Rockies and Ozarks routes, later reuniting in Canada to complete the route to Anchorage. As an annual event, Texas 4000 competitively selects students from the University of Texas for this 18-month program, which, according to the Texas 4000 webiste, “empowers each student to raise $4,500, ride 2,000 training miles with his/her team, volunteer more than 50 hours in the community and play an active role in planning every aspect of the ride to Alaska.”

Senior Clare Crotty —  a rider on the Ozarks route, as well as a member of the program team and external community engagement team —  says that people are drawn to fitness-related charity events because they allow participants to be physically and directly involved in the cause.

“I think it’s actually being able to do something instead of just writing a check, which is still great,” Crotty says, “but physically being able to feel like you’re doing something to fight the disease that you’re fighting for…it kind of helps people to feel a little bit less powerless.”

By giving students the opportunity to have a full hands-on experience, Texas 4000 draws in participants who demonstrate a passion to fight cancer and empower others to do the same.

“I have way too many people I know that have been affected by cancer, and I hate feeling helpless — it’s one of my least favorite things,” Crotty says, “In applying, I was like, ‘I need to do this just because I’m able to do it.’”

Giving back is something you can do in every aspect of your life, whether it be in your personal relationships, your academics or your career — and fitness is no different. While being active is an incredible way to give back to your own body, these Austin organizations, as well as many others, prove that fitness can also be a valuable tool to bring communities together, empower people and fight for a good cause.

“The connection [between fitness and philanthropy],” Walker says, “is the bigger picture philosophy that we, as individual as well as a community, can rise into our full potential when we band together to achieve higher goals to make life better for everyone involved.”

In addition to these organizations, many Austin fitness studios also provide opportunities for people to sweat it out for a good cause. Wanderlust Yoga has joined forces with (RED), which partners with world brands to create products and experiences in order to raise money and spread awareness to end HIV/AIDS. For every ticket sold to Wanderlust 108 — their worldwide triathlon combining a 5K run, yoga and meditation — Wanderlust will donate $1.08 to the Global Fund to Fight AIDS. In addition, SoulCycle hosts charity rides that allow organizations to come together and raise money for their cause. Since its launch, SoulCycle has helped raise over $2.5 million each year for charities.

How to Create a Loving Home