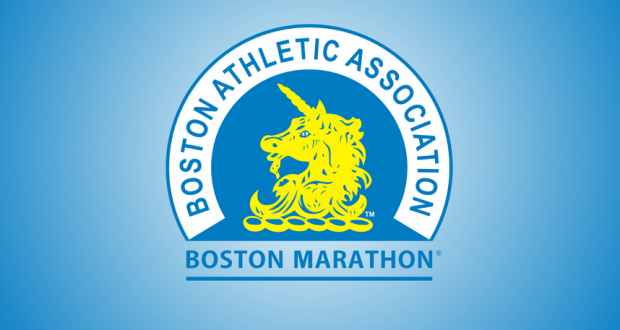 An estimated one million spectators lined the course, sometimes as deep as four or five rows.

Girls from an all-female college spread out for 800 meters along mile 12 holding signs offering kisses to runners.

Little kids handed out cold, wet sponges for runners to cool their bodies down from the rising heat.

Helicopters circled the starting area watching for suspicious activity, and officials announced more than 100 cameras were stationed to catch any hint of another attack.

These were the scenes yesterday at the 118th Boston Marathon, a great dichotomy of the greatest crowd support of any race in any country yet arguably more police and military presence than a visit from President Obama would require. The race is one I will never forget but also left me wondering if this would be the norm for any major event in the future. When the raw emotion fades 24, 36 or 48 months post-bombing, will participants rebel at running through what could be best described as a militarized zone? And is this cost passed along through the registration fee which is already nearing $200, or are the people of Massachusetts footing the bill for 30,000 out-of-towners running down their streets?

After two less than stellar performances running the 2011 and 2012 Boston, I told my wife I was done with the race. But when two cowards attacked innocent civilians on April 15, 2013, I knew I wanted to be part of the celebration in 2014. Despite not being fully prepared to run 26 miles, I made the short drive to Fort Hood just five days later for the first-year Army Marathon. Fortunately, I did what was needed to attain a qualifier for Boston.

Twelve months later it was back to the northeast with 55 other members of our Gilbert’s Gazelles running group.

My weekend in Boston started off eating dinner across the table from an Austin couple that still had very raw emotions of the bombings. The husband stopped at mile 25 to say high to his wife and kids who were waiting for him before getting back on the race course to make his way towards Boylston Street for the final mile. And then shortly after – just a mere few hundred yards from the finish line – the bomb goes off a bone-chilling 50 yards in front of him. Had he not stopped to give a hug and kiss to his family he may have never again had the opportunity.

Everyone in town this past weekend to run had their reasons of choosing this Boston – resolve to not let terrorists win, for the people of Boston, to finish because they weren’t able to the previous year, or to simply have a part in the celebration.

Race day started by loading a bus at 6 a.m. – four hours before the starting gun would go off. Due to the increased security, our chartered bus was required to be there earlier than previous years. Runners were unable to take bags to the start line or check bags, as had been the norm in the past, so unless you wanted to carry your phone, room key, money, or spare clothes – you either didn’t bring it or left them with the volunteers.

As we made the walk from the bus to the start line everyone was first greeted with metal detecting wands, as if runners have ever been the problem. Just like the TSA at airports makes the travel for the innocent that much more of a hassle, so did the security personnel in Boston. Approximately a 1.5-mile route from the buses, the heavy presence of men in camouflage with rifles was felt very early. But most interesting to me was while they stared at you, eyeing every runner as a suspect, the residents who lived in the houses we passed cheered endlessly.

All along the course throngs of fans cheered at times as if we were elite runners going for the win. The support is unmatched no matter where you travel for a race, and that’s what makes Boston so special. The 118-year history, requirement for participants to qualify, favorable course and epic duels between some of America’s best distance runners in the 1980s are all secondary to the residents who treat the day as their Super Bowl.

But these spectators had to face their own obstacles this year, namely security personnel with armed weapons forcing them to the side of the street. According to CBS News, at about 1 p.m. – three hours in to the race – officials were not allowing any more spectators along Boylston Street (the 600-meter stretch from the final turn to the finish line). Despite cameras covering every square inch, bag checks set up before anyone could get close to the race course, and armed guards staring people down they were still turning people away.

It took my wife nearly three miles to get from her cheering spot at mile 25 to the family meeting area just past the finish, being rerouted multiple times in roundabout ways.

And so we’re left to wonder how many more rogue terrorists it will take to completely strip away the innocence and pure enjoyment of any major event. Because while the 2014 Boston Marathon went off without a hitch, it took thousands of military, state, and local police, and Homeland Security officers to ensure someone didn’t bring a pressure cooker in a backpack. It left us runners being eyed as the suspicious ones, every single one a potential terrorist despite no historical basis for belief. It left innocent civilians there to cheer on loved ones subject to multiple bag searches, high scrutiny, and the justification that you’re only safe in a military-type zone.

Terrorists didn’t win because the race went on and hundreds of victims were able to experience a very special day of redemption. But the planning and staffing to provide what officials saw as sufficient security was unmatched by any event in the recent past. Chicago, New York, and Houston all have major marathons with a rich history and millions of participants in their respective events. None have been attacked, but they’ll all feel the ramifications of two individuals in Boston for a long time.