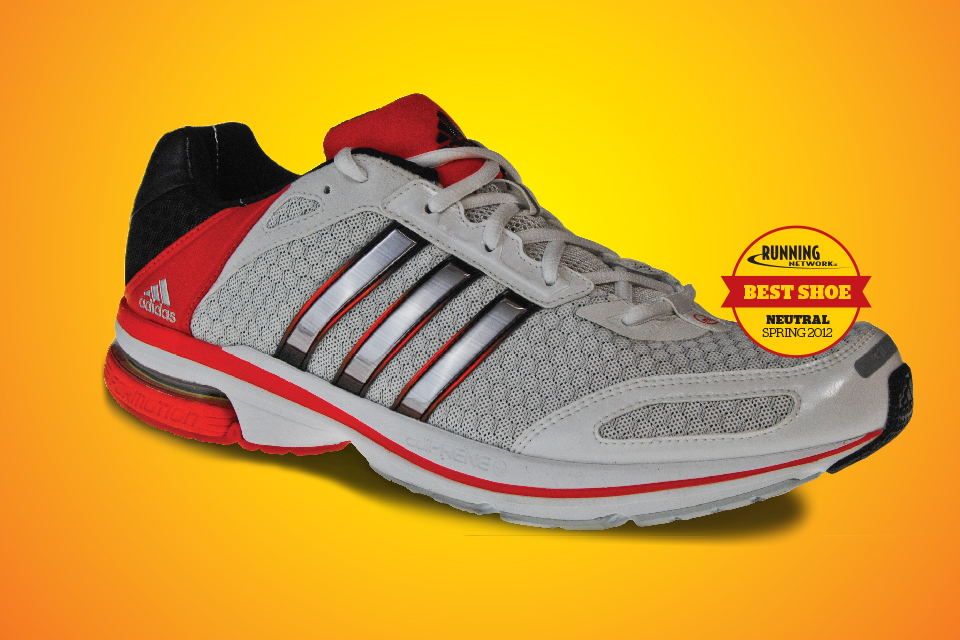 All things are relative to their frame of reference. This simplified explanation of relativity pairs well with a quote attributed to Albert Einstein, who had a passing acquaintance with the topic: “If you can’t explain it simply, you don’t understand it well enough.”

Our frame of reference, from a running perspective, was explained almost 225 years ago by Isaac Newton. Newton observed, theorized, and described gravitation and the three laws of motion (among many other things). Simply speaking, our frame of reference is about running on Earth, where the mass of the planet is greater than ours, so we are pulled toward it. We apply a force to the Earth and it gives back an equal force.

In this Review, we’ve looked at and weartested shoes in the three basic categories of motion stabilizing, neutral cushioning, and faster-paced/performance running. We describe their attributes and point out if and how the familiar has been changed, and we share some of our weartesters’ feedback. So whether you’re trying to find out what’s new, what’s changed, or what’s best for you, we’ve got you covered.

As we’ve said many times before, knowledge is your best ally. To make good choices for you, you must know the shape of your feet and understand the way they move. If you don’t, you may find your local running specialty store to be a source of good advice and information. There are many shoes appropriate for your running, but if you know your foot shape, foot motion, and footstrike, you can focus on shoes that meet your needs, not someone else’s.

Best Shoe: Neutral Category
Always aimed at performance, the Supernova Glide 4 is a redesign that ups the ante. The upper returns to a breathable, engineered mesh unlike any used in previous versions; it’s supportive while flexible. The redesigned ankle collar adjusts to the heel shape, thanks to a healthy measure of memory foam. The lacing connects to the logo stripes for support, but is articulated at the bottom for better flexion. The midsole continues with the cushy feel, but achieves a better balance of resiliency and responsiveness in its ride. The forefoot’s blown rubber formulation has been thoroughly dialed-in, providing good traction and durability, and the adiWear heel is hardwearing. Performance is enhanced by a significant weight reduction, while maintaining the fit and ride expected in this series, and earning the Supernova Glide 4 honors as the Best Shoe in the Neutral category.

Best Shoe: Performance
The Elixir has been an effective and consistent performance shoe. Like the other Mizuno shoes in this Review, the Elixir has undergone considerable change. The upper is open mesh with a wild, sublimated print that draws a fair share of attention. It’s not simply window dressing, just the beginning of the changes. The overlays have been designed in more of a saddle-like configuration, and it returns to a traditional lacing design that’s successful in its simplicity. The midsole benefits from the resilient Alpha Polymer and the redesigned Wave plate that work together to provide a smoother performance ride than earlier versions. The outersole continues with the durable X-10 carbon rubber heel and G3 forefoot, integrating effective traction and light weight. This combination of light weight, stability, and a responsive ride earned the Elixir honors as our Best Shoe in the Performance category.

Best Renovation
Spring 2012 ushers in significant changes to Saucony’s mainline shoes and the Hurricane features two such changes to its midsole. The first is a switch to PowerGrid foam, proven in the Cortana last fall. The second is the adoption of 8-millimeter geometry (the drop in height from heel-to-toe) allowing a more moderate footstrike, thought to improve running form and efficiency. Perhaps most impressive is that it’s at least 5% lighter. The upper adopts an articulated eyestay to wrap and move with the foot, thanks to the stretchy midfoot insert called SaucFit. The outersole features more surface contact yet has a reduced amount of rubber, and redesigned flex grooves improve flexibility and stability. The combination of stability and cushioning, lighter weight, and improved performance earned the Hurricane honors as one of two Best Renovations in this Review.

Best Shoe: Motion Stabilizing
Lunarlon’s introduction in 2008 launched a new line of Nike shoes; the Lunar Eclipse takes top billing for its plush reputation. In Round 2, the heel clip has been pared down; it still anchors the heel fit, but lightens things up a little. The midfoot adopts a self-adjusting framework of straps to secure the foot during motion, a task previously managed by Flywire. This new system is more effective. The closed mesh features no-sew overlays and has a soft, luxe feeling, even where the midfoot straps secure the foot. The unchanged midsole was well dialed-in with Round 1, as the Eclipse benefited from being a later arrival to the Lunar party. The outersole uses the same molding but now features “environmentally preferred” rubber, which is tough and good for traction. The combination of fit, stability, and plush feel earned the Lunar Eclipse 2 our award for Best Motion Stabilizing shoe.

Best New Shoe
The Pure Cadence is the most substantial of Brooks’ series of Pure shoes. Weighing in at a “whopping” 10.5 ounces, it’s not quite minimal but it’s definitely performance-oriented. The upper is supportive, featuring an elastic Navband that crosses the navicular bone supporting the fit and working with welded overlays to provide a smooth interior and good support. The midsole geometry features a 4-millimeter heel-to-toe drop and is designed to flex with the foot. Contoured pods on the perimeter of the outersole allow adjustments for pressure from the foot or the surface, and provide protection while keeping the weight down. The full outersole offers durable traction even though it’s thin, and features a split between the big toe and the others for better articulation at toe-off. The combination of lightness, low-profile geometry, and performance earned the Pure Cadence our Best New Shoe honors.

Best Shoe: Renovation
Round 4 of Scott’s MK series (originally the Makani) has morphed into something different. The upper is open mesh over the toes and closed mesh on the saddle/rearfoot. The Ergologic Fit has been better integrated; here the gusseted forefoot and enshrouding saddle meet more cooperatively to wrap and secure the foot. The midsole foam, called Aero Foam, is completely new and resilient. Scott takes a new approach by combining the solidness underfoot with sidewalls molded into a matrix of deep grooves that resist compression without the deep flex grooves in the midsole. This allows both the necessary flex and full heel, while preserving the integrity of the lighter-weight foam longer. The midfoot is now supported solely by the carbon fiber shank, making the shoe purely neutral. The outersole is simplified: a thin carbon rubber throughout, grooved at heel and toe, textured for the traction regions, and pared away in the low-wear areas. It’s a durable and effective set-up. The combination of innovation, fit, and performance earned the MK4 honors as one of two Best Renovations in this Review.

Signing Up is the Easy Part: 2012 AFM FITTEST Registration Details