Austin Fit > Articles > Fitness > Getting Your Feet Wet at the Rookie

Getting Your Feet Wet at the Rookie 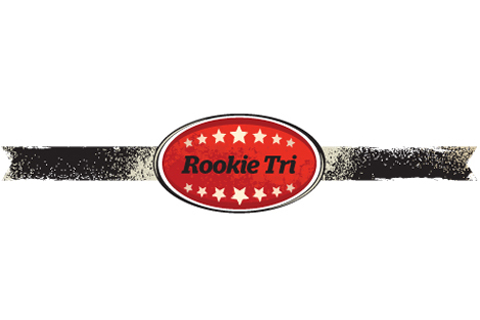 Ask triathletes about the Rookie Tri, and you hear great things. Andrea Fisher, noted pro triathlete, Texas Iron coach, and owner of Hill Country Running, laughingly said, “We used to joke that it was the Rookie or Texas State Professional Championship” that started off the season. Pros—how could that be? After all, it’s called the Rookie.

The Rookie Triathlon, located in East Austin’s rolling hills around Walter E. Long Park, home of Decker Lake, takes pride in being both a great first-timer and experienced triathlete event. For the first-timer, it’s the little details that make it so beginner-friendly. There’s the short distance, made up of a 300-meter swim, 11.2 mile bike, and a two-mile run—an “ultra Sprint.” Dan Carroll of High Five Events, producers of the Texas Tri Series, likes to tell people “anyone, no matter where they are, can do this within four weeks. If you can swim without drowning, walk two miles, and find a bike that rolls, you’re in.” There are two distinct divisions for entrants, and the Rookie division is strictly for those who are racing their first triathlon. Fisher pointed out that the atmosphere at the race has a “hometown” feel, and she mentioned details such as the announcing—those first timers get special love from Logan Delaware of Big Mouth Announcing—which make newbies feel welcome. “Whether it’s your thirtieth or first, everyone feels equally appreciated,” she explained. It’s clear that Fisher believes in the race, as she and husband Jaime Cleveland are two-time sponsors, once through their training company, Texas Iron, and again through their store, Hill Country Running Company.

For the experienced triathletes, there is the Veterans Division as well as the Open, where many of the Austin-area pros show up. Fisher suggested racing the Rookie as an excellent way to get a boost of fitness for the upcoming season. She believes strongly in what she referred to as “race fitness gains.” The shorter distance allows athletes to push themselves, and she likes the race setting as a benefit to the training schedule.

In fact, look for Fisher and Cleveland to be among the participants on May 6 at the Rookie; they’ll be doing all the Series events. So whether you’re a newbie, a veteran, or that pro who’d like to start the season off locally, sign up for the first event in the Series…because you just might get hooked. afm

For all of the events in the Texas Tri Series, go to www.texastriseries.com

Signing Up is the Easy Part: 2012 AFM FITTEST Registration Details